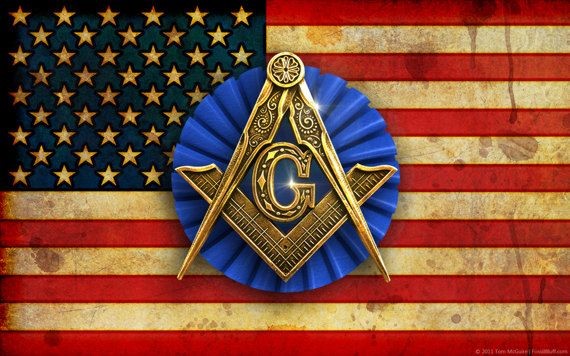 Without question, Freemasonry literally shaped the landscape of the Western world by building the architectural landmarks of the day as well as intellectual landmarks by night.

Amongst these intellectual landmarks is the US Constitution that many a Mason claims was just short of being plagiarized from Anderson’s Constitution of Freemasonry by Thomas Jefferson, who was a Mason.  Most all Americans are rather oblivious to the fact The Declaration of Independence is signed by 15 American Masons, of 56 signers; and the US Constitution had 28 Freemason signers, of 40.

The symbolic nature of Freemasonry can be seen all though America’s own symbols and ceremonies, with the earliest and biggest political figures confirmed Freemasons, ergo George Washington, Benjamin Franklin, and John Hancock.

One of the great controversies is the allegation the architect that planned out the Roads of Washington D.C., Pierre L’Enfant, a known Freemason, is speculated to have planned the city to include symbolism from Freemasonry as part of an ulterior motive to promote Masonry beliefs. The theory is that the roads and locations of buildings all form Masonic shapes, specifically stars and a compass and square.

Masonic symbols can be seen in American structures and ceremonies. For example, Masonic initiation has candidates place their hands on a bible during an oath, just as do elected government officials, like the President, when being sworn into office. Just as do witnesses in American courtrooms prior to giving testimony.

The symbols on the American dollar bill also shares imagery seen in Freemasonry. The back of the dollar bill shows an all seeing eye as well as what some argue to be a phoenix (as opposed to an eagle) holding 13 arrows, symbolizing rebirth as in the Masonic Rituals. The number 13 denotes occultism and secret societies, at least, according to some theorists. It also represents the 13 founding colonies of the American Revolution.

However, the All Seeing Eye on the back of a dollar bill is used by many cultures from Christianity to The Lord of the Rings Fan Clubs.

Most of the ideas and symbols in the Masonic Initiation appear to be expanded ideas from the Age of Enlightenment AKA Age of Reason, that French historians traditionally date between 1715 a  nd 1789: from the beginning of the reign of Louis XV until the French Revolution.

It’s important whenever discussing the history of any subject, especially, Masons as controversial as, Albert Pike, we must acquaint ourselves with the thinking and customs of the era and maintain a non-judgmental perspective.

From its earliest beginnings, we know at the turn of the 1700’s the Masons are members of a large social group that promoted brotherhood in an age when single-mindedness, barbarity, brutality and inequality ruled over men without hope of redress. Church and State were synonymous.  Free thought and debate not welcomed in public venues and could brand one as a heretic or traitor to the Crown — to be stripped of their worldly possessions, land them in prison or result in a death sentence.

The Masonic Lodge became the designated place to meet people from different walks of life and share ideas with confidentiality. Fellow Masons were and are still to this day not always in the same social circles or industry as each other, so their Masonic brotherhood is the only way they would come into contact with each other. But was there a hidden hand directing others.

Purchased just prior to the American Revolution by a Masonry Lodge, The Green Dragon Tavern is not a fictional place borrowed out of J.R.R. Tolkeins Lord of The rings novel.

Deep below in the tavern’s basement could be found, Freemason, Dr. Joseph Warren. Who organized meetings with Paul Revere and other revolutionary heroes who called themselves “The Sons of Liberty.”  It is said that this is where the Boston Tea Party was planned, that set the stage for revolution.

Thanks to the generosity and enlightenment of Freemasonry Green Dragon Tarvern became the much the indispensible Headquarters of the American revolution, still Mason owned and located on Union Street in Boston’s North End. 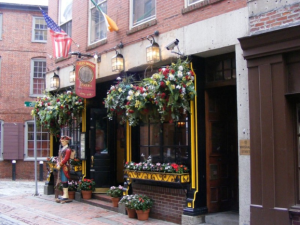 The Veiled Threat of Freemasonry is not that it may as in the past exist with an ulterior motive, nor as being alleged to spread a satanic or evil message of domination as may be the case in what I’m told are known in Freemasonry as closed renegade secret “Black Lodges.” That also can be, predominately, politically and criminally based as seemed true in Italy’s Propaganda 2 (see part 1) or for that matter, Old Prussian Lodges in Germany that aided and abetted the Waffen SS (see part 4).

Being an outsider looking in, true Freemasonry seemingly all boils down today to being a fraternal order with secrets, the majority seemingly exist for Masons to recognize each other as well as to serve as allegory of anonymous homogeny, that includes being charitable. With reportedly Two Million Dollars ($2,000,000 USD) donated per day by Freemasonry to charities proving their actions are matching their words when they say they promote equality, brotherly love, compassion, community involvement, and integrity.

With the only unspoken caveat being their respect for personal or individual lodge free will, their freedom of choice as to whom they want or don’t want to let into their individual lodge – but they cannot dictate this decision of who may join to all of Freemasonry.

And yes, while Masons exist akin to Albert Pike that may be considered racist, in turbulent post civil war days of their time and under chaotic circumstances they were considered heroes as well as heretics, genius, magicians, scientist, and builders. In particular, true with Albert Pike, with a Statute in Washington DC erected in his honor. 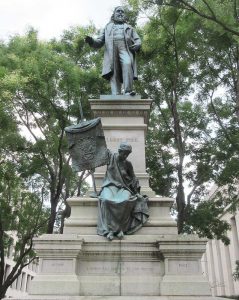 The observable truth of all of this is there seemingly exist the “Free and Accepted Masons” and then there are the “Historical Group” Masons dating from the time of Queen Elizabeth. Whose aim it was then to strive to create a freedom of religion free state with separation of church and government and then, succeeded.

The Veiled Threat of Freemasonry in that time as it seemingly is today is pursuit of enlightenment. That pursuit ultimately led to British Colonial revolution and the not so secretive Masonic effort and motive in the founding of The United States of America.

What’s Life Like For A Convicted Sex Offender?
PRESIDENT TRUMP SHOULD “CLOSE” THE SOUTHERN BORDER, BY PROCLAMATION, (PUBLIC LAW 414), TO ANYONE WITHOUT LEGAL AUTHORITY TO ENTER …A JUDICIALLY RECOGNIZED, PROVEN, AND MEANINGFUL MEANS OF PROTECTING AMERICA…AND THEN…
Comment