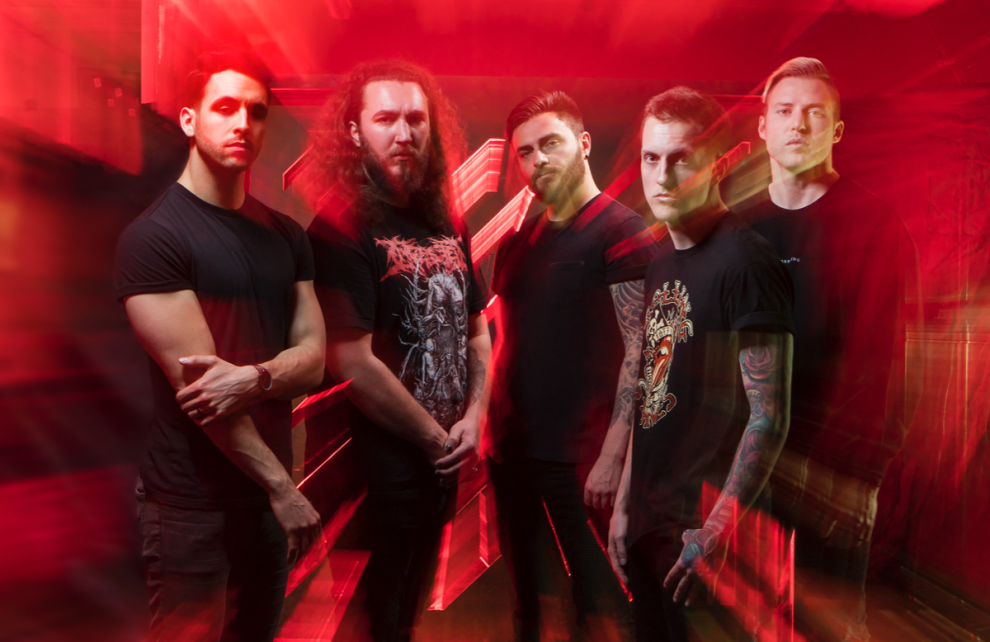 Detroit’s I Prevail have shared the video for the song “Paranoid” from their second full-length Trauma.

I Prevail will embark on a headline North American tour next month. The first leg of the band’s headline tour kicks off on April 24 and runs through May 24. The second leg launches on July 11 and runs through August 9, and includes several major festival appearances. Joining the band for these dates will be special guests Issues and Justin Stone.

Trauma represents a moment of triumph in the wake of a series of trials and tribulations endured by the Michigan quartet—Brian Burkheiser [clean vocals], Eric Vanlerberghe [harsh vocals], Steve Menoian [lead guitar], and Dylan Bowman [rhythm guitar]. Even as they catapulted towards mainstream notoriety with 2016’s breakout Lifelines, they faced unforeseen hardship that might’ve broken any other band. Burkheiser dealt with a debilitating vocal injury that jeopardized his future as a singer. He made it through, but dealt with the aftershocks of stress and anxiety. Conflicted with thoughts of potentially leaving the band, he made a decision. He got together with his band brothers in 2018 and they decided to craft the record they wanted to hear without outside input. Joined by producer Tyler Smith [Falling In Reverse], they emerged from 10 months in the studio with Trauma.

Trauma also represents a realization of I Prevail’s full potential. The band elevates rock music by making it unpredictable again, leaping from moments of metal, alternative, electronic, and heavy rock. This air of danger powers the hard-hitting single “Bow Down.”  Companion single “Breaking Down“ pairs glitchy flourishes with a hypnotic and heartfelt vocal performance and impactful refrain.

With an equally melodic and momentous offering, I Prevail soar on Trauma. Smarter and more confident, rock music gets the band it needs to carry it to the frontlines of heavy music: I Prevail.

Gold-certified Michigan quartet I Prevail refashion, reup, and recharge rock music on their anxiously awaited 2019 sophomore offering, Trauma [Fearless Records]. If anybody can elevate the genre to mainstream ubiquity once more, it’s this band. Since their 2014 arrival, they set a precedent to catalyze rock’s evolution. The band put up astounding numbers rarely synonymous with the genre or their peers, for that matter. Nearing half-a-billion streams and 115 million YouTube views, they moved over 500,000 albums worldwide, notched three #1 singles on SiriusXM Octane, and played 500-plus shows in just three years. Not to mention, they achieved a gold single in the form of their take on Taylor Swift’s “Blank Space” from the Heart Vs. Mind EP. On the mega-anticipated 2019 offering Trauma, they uplift rock to a plateau where soundscapes can unpredictably toss and turn between heavy metal, alternative, hip-hop, and electronic moods without warning, boundaries, or rules. Meanwhile, the lyrics team with confessional emotionality as if ripped from the pages of a secret diary. Vulnerable, vital, and visceral, the 15-track opus illuminates the future, and it’s as bright and bold as the singles “Breaking Down“ and “Bow Down.” Rock may never be the same after this Trauma.