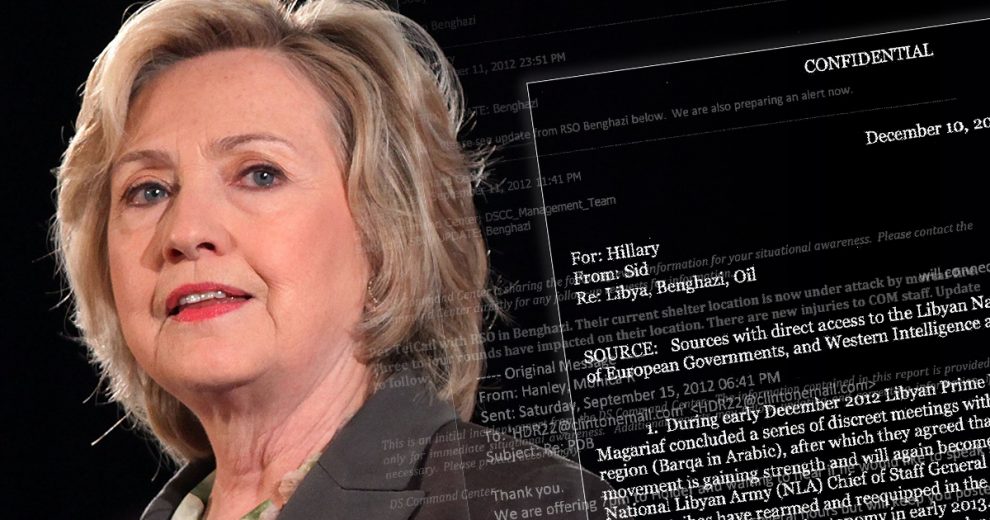 We now have a schedule for the depositions.

Copies of any updates and/or talking points given to Ambassador Rice by the White House or any federal agency concerning, regarding, or related to the September 11, 2012 attack on the U.S. consulate in Benghazi, Libya.

Any and all records or communications concerning, regarding, or relating to talking points or updates on the Benghazi attack given to Ambassador Rice by the White House or any federal agency.

Remember that this lawsuit led directly to the disclosure of the Clinton email system in 2015.

Our discovery will seek answers to:

March 12: State Department’s responses to interrogatories and document requests were due.

March 14: Deposition of Justin Cooper, a former aide to Bill Clinton who reportedly had no security clearance and is believed to have played a key role in setting up Hillary Clinton’s non-government email system.

April 5: Deposition of John Hackett, a State Department records official “immediately responsible for responding to requests for records under the Freedom of Information Act.”

May 7: Deposition of Jonathon Wasser, who was a management analyst on the Executive Secretariat staff. Wasser worked for Deputy Director Clarence Finney and was the State Department employee who actually conducted the searches for records in response to FOIA requests to the Office of the Secretary.

May 14: Deposition of Clarence Finney, the deputy director of the Executive Secretariat staff who was the principal advisor and records management expert in the Office of the Secretary responsible for control of all correspondence and records for Hillary Clinton and other State Department officials.

June 11: 30(b)(6) Deposition, which will be designated by the State Department.

As yet to be determined is the deposition date for Assistant Secretary for Diplomatic Security Eric Boswell, who wrote a March 2, 2009, internal memorandum titled “Use of Blackberries on Mahogany Row,” in which he strongly advised that the devices not be allowed.

Written questions under oath are to be answered by:

E.W. Priestap, is serving as assistant director of the FBI’s counterintelligence division and helped oversee both the Clinton email and the 2016 presidential campaign investigations. Priestap testified in a separate lawsuit that Clinton was the subject of a grand jury investigation related to her BlackBerry email accounts.

Ben Rhodes, an Obama-era White House deputy strategic communications adviser who attempted to orchestrate a campaign to “reinforce” Obama and to portray the Benghazi consulate terrorist attack as being “rooted in an Internet video, and not a failure of policy.”