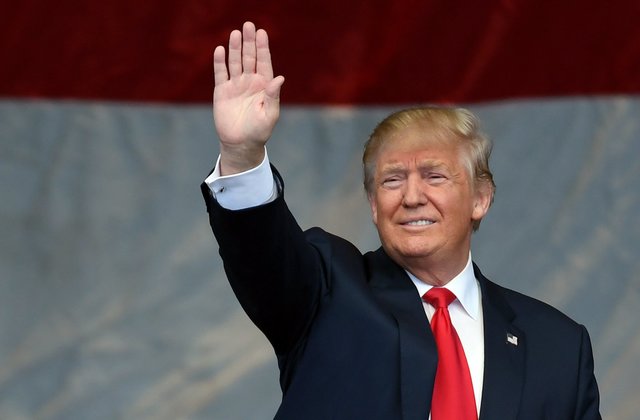 Later this month The George Eastman Museum in Rochester is set to screen the 1960 courtroom drama Inherit the Wind. Based on the Scopes “Monkey” Trial of 1925, the film remains one of director Stanley Kramer’s most relevant and masterful creations. As the Dryden Theatre wrote in their bulletin: “Inherit the Wind relates the sensational trial of a young teacher, Bertram Cates (Dick York), who is prosecuted for teaching Darwin’s theory of evolution in a high school science class — a violation of state law. Three-time presidential candidate Matthew Brady (Fredric March) is the prosecutor pitted against the controversial and brilliant defense lawyer Henry Drummond (Spencer Tracy) in a rhetorical battle between fundamentalism and science, while newspaper journalist E.K. Hornbeck (Gene Kelly) of the Baltimore Sun gives the case national coverage. Released during the McCarthy era, Inherit the Wind provided a means to critique the present through history.”

The McCarthy reference in particular made me stop and think about Kramer’s film in the context of Donald Trump’s presidency. In 1925 religious fundamentalists refused to accept the evidence and implications of Darwin’s theories. They honestly did not give a damn about facts if they interfered with their version of reality. Today, the policies and views of Mr. Trump are as bigoted, irrational, and unscientific as those who fought to block evolution from schools nearly a century ago. Even as Trump co-opted the language of the McCarthy scare to cast himself as a victim of a witch hunt, the real crusade going on in Washington — and across our nation — has been the one Mr. Trump has personally launched. It is a fundamentalist crusade against the edicts of common sense, the value of moral decency, and the integrity of the scientific method.

Just take Trump’s performance in the past week, in which he made three statements that are as ignorant and close minded as anything introduced and criticized during the Scope’s Trial.

Referencing a comment made by Fox and Friends guest Patrick Moore, a self proclaimed co-founder of Greenpeace, Trump retweeted: “The whole climate crisis is not only Fake News, it’s Fake Science. There is no climate crisis, there’s weather and climate all around the world, and in fact carbon dioxide is the main building block of all life.” Trump punctuated his re-tweet with “Wow!”

There is a tremendous amount that is wrong with this, but let’s start by getting one fact straight. According to Greenpeace, “Although Mr. Moore played a significant role in Greenpeace Canada for several years, he did not found Greenpeace.” The organization went on to clarify that “Phil Cotes, Irving Stowe, and John Bohlen founded Greenpeace in 1970…and the group eventually voted him (Mr. Moore) out of leadership roles and he left the organization in 1986.”

Whether Trump cares to acknowledge facts or not, Mr. Moore in no way represents the mission, historical positions, or current policy recommendations of Greenpeace. They even pointed out that “Mr. Moore has since become an independent environmental consultant and nuclear energy advocate. And he is a member of the C02 coalition, a nonprofit group that contends carbon emissions are not bad for the environment.”

Last week Trump also doubled down on another shocking lie when he went against the will of the American people by signing his first veto to block Congress from ending his so-called “national emergency” at the border. Flanked by a cadre of parroting enablers, Trump told reporters in the Oval Office, “I am vetoing this resolution…Congress has the freedom to pass this resolution, and I have the duty to veto it.” The president then called the resolution “dangerous,” “reckless” and a “vote against reality.”

But whose reality is he talking about it? In their feature article The New York Times wrote: “Mr. Trump has long insisted that there was a security and humanitarian crisis at the border with Mexico, an assertion that was undercut by Mr. Trump himself when he acknowledged that he could have waited to issue a declaration. But on Friday, he offered a flurry of statistics to support his contention, though many were vague. He blurred numbers that reflected a humanitarian problem with those he said represented a security issue.”

More concerning, at least to me, is the fact that Trump rejected the will of the American people. There is a reason why 12 Republican Senators split from their party to vote against the president. They represent constituents who know that the president is telling lies about the situation at the border. The Senate voted 51 to 49. In a democracy such as ours, the majority reflects the will of the people. Not only does the president not care about this will, he is hellbent on destroying the very fabric of our Constitution in order to contradict it. Rarely has our nation experienced the brute instincts of a dictator occupying the Oval Office more self-evidently than right now.

Perhaps most disturbing of all were his remarks about the rise of white nationalism and white supremacist ideology across the planet. As reported in the Washington Post, when asked at the White House whether white nationalists were a growing threat around the world, Trump replied: “I don’t really. I think it’s a small group of people that have very, very serious problems. It’s certainly a terrible thing.”

The Post went on to report that “Trump also said he had not seen a manifesto, purportedly from an attacker, that named him as an inspiration for white identity ideology.”

Trump says white nationalism is not a rising threat after New Zealand attacks: ‘It’s a small group of people’

Bob Dylan once sang: “You don’t need a weatherman to know which way the wind blows.” Anyone who is watching television, surfing online, reading a magazine, or having a conversation with someone halfway knowledgeable about current events, realizes that the world is facing a rising threat in the form of white nationalism. Terrifying massacres, the emergence of fascist political parties throughout Europe, and the right wing populism behind Trump’s rise to power, are all clear examples of this burgeoning threat. Of course it may not be in Trump’s self-interest to forcibly rebuke these movements — after all he is indebted to them — but he is telling a lie to the American people when he says it is just an inconsequentially small group of fanatics. That couldn’t be further from the truth.

As with the Scopes Monkey Trial, so compellingly portrayed in Kramer’s Inherit the Wind, we are all witnessing and participating in a great three ring circus, one masquerading as a trial. Science vs. belief; facts vs. opinions; and reason vs. passion: these are the combatants pitted against one another in the courtroom of Justice and Truth.