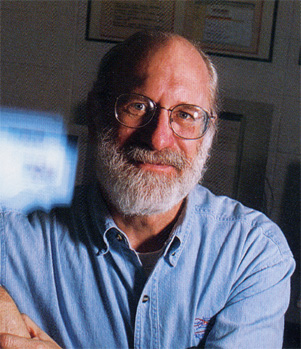 In a bothersome case of political correctness gone amok, a professor at a highly ranked public university in the United States has been suspended for suggesting a foreign student “learn English.”

The egregious incident occurred this month at the University of Kansas (UK), a taxpayer-funded institution with an enrollment of 28,500 that ranks among the nation’s top public universities. Situated in the northeast Kansas town of Lawrence, the school is the state’s flagship university and a premier research institution.

In the 1990s he served as information technology program manager at the Defense Advanced Research Projects Agency (DARPA), a Pentagon agency with a $3 billion budget dedicated to developing technologies for the military. “DARPA goes to great lengths to identify, recruit and support excellent program managers—extraordinary individuals who are at the top of their fields and are hungry for the opportunity to push the limits of their disciplines,” according to the agency’s website. “These leaders, who are at the very heart of DARPA’s history of success, come from academia, industry and government agencies for limited stints, generally three to five years.”

During a recent class, Minden told a foreign student who was using an online translation system on a cell phone that the student should “learn English,” according to a local newspaper report. The unidentified student evidently was not bothered over the suggestion, but others in the class were offended and an “hourlong discussion” ensued in the engineering class which focuses on embedded systems.

During the discussion things apparently got heated and many students in the class became very upset. The professor told the local newspaper that he’s “frustrated” over the incident but refused to comment further for obvious reasons. In the article a university spokeswoman said “a number of students have raised concerns about events that occurred in their engineering class. In response to these concerns, the university has assigned a different instructor to teach the course while the matter is reviewed.”

This is hardly an isolated case of political correctness at taxpayer-funded schools in the United States. Public elementary, middle and high schools as well as colleges have taken an extreme leftist turn on several issues over the years and Judicial Watch has reported or taken legal action in several of the cases.

This includes exposing a Mexican separatist school that pushes Marxism and Anti-Americanism in Los Angeles, pervasive corruption in Chicago public schools and an after school Satan club in Washington State that received speedy tax-exempt approval from the Internal Revenue Service (IRS). Judicial Watch is currently embroiled in a legal battle with the Berkeley Unified School District in California to obtain the records of a middle school teacher who is a national organizer for a radical leftist group.

The teacher, Yvette Felarca, works at Martin Luther King Jr. Middle School and is a prominent figure in By Any Means Necessary (BAMN), an organized militant group founded by the Marxist Revolutionary Workers League that uses raucous militant tactics to protest conservative speaking engagements. Felarca has been charged with several crimes, including felony assault, for inciting a riot in Sacramento.

A few years ago, Judicial Watch wrote about professors at a 54,000-student public university in south Florida that demanded the school protect illegal aliens by creating a “sanctuary campus.” The professors compared immigration enforcement to “fugitive slave laws.”

At the time students at colleges around the nation requested their undocumented classmates be protected, but the Florida professors blazed the trail as the first faculty members of an American taxpayer-funded establishment to officially call for campus-wide sanctuary in the aftermath of Donald Trump’s presidential election.