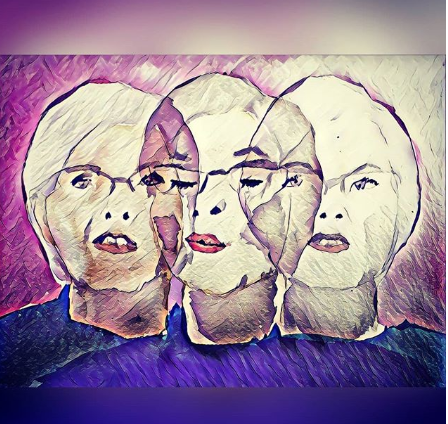 By Ex-Nxian I’m tired of people saying there was no good in Nxivm. Keith Raniere extracted good things from different groups. Nancy Salzman put these things together and turned them into a thing of beauty. Without her talent, Nxivm would never have turned into the dynamic classes that it did. Without Nancy falling hook, line […]

I’m tired of people saying there was no good in Nxivm.

Keith Raniere extracted good things from different groups. Nancy Salzman put these things together and turned them into a thing of beauty.

Without her talent, Nxivm would never have turned into the dynamic classes that it did. Without Nancy falling hook, line and sinker into believing the things Keith gave her were his own discoveries rather than direct theft of intellectual property of other cults, she would not have done it.

Barbara Bouchey and each of the women and men had their talents utilized by Keith because he had none. Each of his ladies and men did have talent and Keith exploited it.

Every single person who stayed and compromised had their weaknesses spotted and exploited by Keith. Not that anyone who broke the law should not be exposed and called out for it.  Each person exploited had a great talent or skill.

That is why they were chosen and secured by Keith.  Had the entire operation been on the up and up, the various “technologies” still could have been put together and the extraordinary group gatherings could still have taken place for the good of humanity.

It’s a shame that the baby is being thrown out with the bath water.  I saw terrible misuses of the so called “ tech” also, such as Scientology litigation “procedures”, and misuse of “Scientology ethics” just like Scientology did.

It is amazing that not only did Keith steal and claim helpful technologies.  But he also stole the insane parts of the same. It is as if he has no actual creativity or differentiation or ability to discern on his own.

He is the ultimate “parasite”, and must exploit the talent of others to create anything worthwhile and then screw that up too. In some unconscious way, it is no joke that his greatest misuse of others’ discoveries was that involving the concepts around the word, “suppressive”.

And indeed, the same misuse of the term happened in Scientology. And caused it to schism in the 1980s

Furthermore, the former cult member “G” is right as the “tech” is so compromised, but one can find crimes in all religions and cults and governments.

To become a logical thinker, one must learn logic. A subject now missing from school curriculum.  Logic and debate should be part of education, I believe, to get entirely rid of black and white thinking.

Click here to post a comment
Jim Smith: The issues some of us are having with Barbara Bouchey – and Keith’s harem and how she helped hide it from others
Former Cult Member: ‘Barbara Bouchey, get on with your life– there was no good in Nxivm’