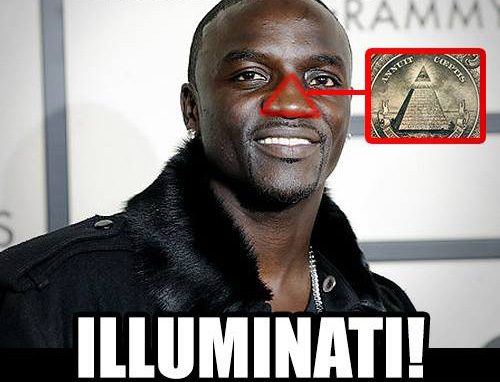 The Veiled Threat of Freemasonry can be both an internal struggle for a man to live up to his Masonic commitments and character as well as can be reduced to those renegade lodges that “Go Black!”

Contrary to ranting and raving and beguile of both disenfranchised Masons and conspiracy theorists, the Illuminati are not according to historical records part of Freemasonry! But its’ ritual is sourced from it as with the Ku Klux Klan and Mafia rituals.

Freemasonry was formalized, in 1717, whereas, the Illuminati was established in 1776, and publicly disbanded, in America, within 8 years, in 1785.

The bulk of the Illuminati ritual work was reportedly done by the founder, Adam Weishaupt with the help of his counterpart from within the ranks of Freemasonry,  Baron Von Knigge. This was non-denominational ritual just as occurs in, Freemasonry.

In stark contrast, according to historical writings, where Freemasonry sought the approval of as well as pledge allegiance to the law of the land, the Illuminati sought national independence and proliferation of the idea of the separation of Church and State. This idea filled the membership rolls of the Illumanati with Masons in its earliest stages of development. But abandoned the order (if only physically) when advised to leave by the hierarchy in Freemasonry, say various Masons

Another mythical Freemasonry run secret society is the Skull & Bones Society founded in 1832. It is constricted only to the grounds of the Yale Campus. To be anticipated, the active membership is low in number by design as those who are members are there almost as a birthright or through strategic selection. The members are restricted to the active Yale student body. Masons deny any connection to the society and rightfully so, as Time magazine investigated, and reports:

“A young Yale junior named William Russell founded the group after spending a year in Germany among members of some of the most mystical and elite clubs in the world, including organizations that mimicked the Enlightenment-era Illuminati. Russell returned to the U.S. determined to found a secret society of his own and “tapped” Alfonso Taft, whose son would later become President William H. Taft, to be among the first members of “The Brotherhood of Death,” or as it was more formally known, “The Order of the Skull and Bones.”

Few realize to this day Freemasonry is subject to persecution from hostile regimes, making membership in it in some parts of the world by invite only. That being said, in America, anyone can apply. But, in like kind, anyone in the lodge can also object and prevent membership. We can assume this is why there still exist same race only lodges.

Contrary to the urban myth women are not recognized by traditional Freemasonry, in all parts of the world. The source of confusion for outsiders seems to be misunderstandings around symbolism used by sister organizations such as the Eastern Star. Freemasonry has always been an organization for men and “no women allowed” is a cornerstone of the fraternity.

Masons inform me initiates mistakenly assume if they join Freemasonry this is a way to solve their problems. Freemasonry is not a get well twelve-step program nor is it intended to elevate someone socially, professionally or economically.

Stressing the point to me, a Mason protest Freemasonry is uninfluenced by wealth, power, color or creed. Freemasonry is not a networking solution for people looking to get ahead in life. Freemason does not entitle someone to receive special privileges. But it does require setting an example of excellence for others to be inspired by and to follow.

In this same vain, one Mason jovially declared, “I’d rather plan BBQs not the New World Order, far better ROI (Risk On Investment).”LOL

The belief Freemasonry is an express pass to rapid advancement in the military and in civil service was observably true in the eighteenth century for a Freemason. This remains to be seen, today.

In scanning the military bulletin board Rally Point I took notice of a comment under the title: “Cliques in the Army. Good ‘Ol Boys, Masons, Audie Murphy Board winners and the unfair treatment between them.”  Where a soldier comments:

Another strong myth Masons insist they have been unfairly saddled with is, Satanism.  A falsehood that they attribute to Leo Taxil whom, in the 1800’s, wrote a fictional book about devil worshiping Freemasons that played to anti-Masonic hysteria in the late 1820s. 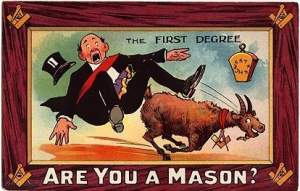 Sadly, Mason-bashing remains a popular sport for two centuries, in Europe, often tying it to anti-Semitic propaganda. The Internet has resurrected these aforementioned myths all over again, such as, the story of Masons riding goats.

But those hearing of the Goat tales also seemingly find suspicion in the Masonic usage of the word “craft.” However, this is really overreaching, as craft also is a connotation for ‘skill in planning, making or executing’, ‘occupation or trade requiring skill’ or ‘members of a trade, guild or association’.

It seems the term Craft Masonry’ is the more universal term for ‘Blue Lodge Masonry’ simply referring to the first three degrees of Entered Apprentice, Fellow-craft and Master Mason.

To the allegation of being called a cult by the detractors of Freemasonry, Masons respond online, thusly:

“Cults use psychological coercion to recruit. The Freemasons do not recruit nor do they use psychological coercion. A cult leader is usually self-appointed, dogmatic, messianic and not accountable. Masonic leadership is member elected and held to strict regulations. Cults typically do not benefit society. Freemasonry is an institution intentionally designed to benefit society.”

Likewise, any form of hazing is forbidden in all recognized Masonic jurisdictions, as this behavior is prohibited.

A Mason informing me this is anti-Masonic and warrants expulsion.

I asked one Mason what do you think is the source of the allegation that Masons are using their own, presumably Satanic Bible in their ceremonies?

I’m informed that myth stems from the fact Masonic lodges must have a book considered sacred to its members open on the lodge altar during meetings.

Depending on what part of the world the lodge is in and the beliefs of the lodge’s members, this sacred book could be I’m told the Bible, the Hebrew Tanach, the Muslim Koran, the Hindu Veda, the Zoroastrian Zend-Avesta, or the Proverbs of Confucius. It’s simply referred to as the Volume of Sacred Law, as a nonsectarian term.

In the lodges that operate within the Grand Orient of France it is true that atheists are allowed to join. The Grand Orient lodge expressed it believes that a man’s religious beliefs — or lack of them — are his own business and that it’s inappropriate for their lodges to require anyone to believe in anything.

Where instead of filling up their altars with many sacred books to satisfy members of many faiths, their lodges are allowed to substitute a book with blank pages as their Volume of Sacred Law, so as not to force any religious beliefs on any of their members.

Notably, The Grand Orient of France is I’m told is considered irregular and is unrecognized by mainstream Grand Lodges around the world. Even so, a blank book is no Masonic Satanic Bible, either.

When it comes to the detractors of Freemasonry there is someone of great prominence who escapes accountability and who considers authenticity, immaterial! 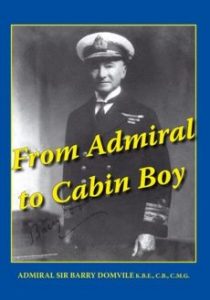 That person is Retired Admiral Sir Barry Domvile, the founder of a British pro-Nazi association, The Link.

In Domvile’s work From Cabin Boy To Admiral, (pg. 80) Domvile coined the title “Judmas” for what he alleged is a Judeo-Masonic conspiracy.

Admiral Domvile claimed that the “activities of Judmas are confined to a small section of both Jews and Masons: the large majority have no idea of the work undertaken behind the façade of Judmas” (pg 81).

Domvile alleged that “the aim of these international Jews is a World state kept in subjection by the power of money, and working for its Jewish masters” (pg 82) [and that “Masonry is the executive partner for the conduct of Jewish policy” (pg 83).

Domvile said that he first started thinking about a Jewish-Masonic theory as a result of Hitler (pg 81) and referred both to The Protocols of the Elders of Zion (pg 82) and to The Secret Powers Behind Revolution by Victome Leon de Poncins, all while Domvile was aware that The Protocols of the Elders of Zion had been denounced as a forgery, but regarded their authorship as “immaterial” (pg 83).

The Judeo-Masonic conspiracy theory is heavily influenced by publication of The Protocols of The Elders of Zion, a forged document that appeared in the Russian Empire of The Tzar, that his cohorts used to wipe out Jewish merchantile or sack entire Jewish settlements, called pogroms. This forged work provided the impetus by purporting to be an exposé of a worldwide Jewish conspiracy.

The Protocols claim that the Jews had infiltrated Freemasonry, manipulating the fraternity to further their aims.

Adherents of the Judeo-Masonic conspiracy took the claim made by the Protocols to extremes and claimed that the leaders of Freemasonry and the leaders of the Jewish plot were one and the same.

One example of this was the Spanish priest, Juan Tusquets Terrats, whose Orígenes de la revolución española and other works built on the Protocols, which he translated, to claim that Jews used Freemasons and Communists to undermine Christian and Spanish civilization, in his providing a justification for the oppressive Hitler aligned Franco regime, which expanded the threat to an International Judeo-Masonic-Communist conspiracy, all based upon a known forged document.

It is somewhat ironic that Masonry should be considered a tool of Freemasonry when the same folks falsely accuse Freemasons George Washington and Benjamin Franklin of being overtly anti-Semitic, while misappropriating their words.

Masons always write of and speak of enlightenment. They are all too familiar with how for darkness to overtake enlightenment the first casualty is always the truth.

The failure to honor the truth and let it give way to speculation, hearsay and gossip condemned 200,000 Freemasons to death, herded and slaughtered, like cattle, by the Nazi’s, along with 20 million or more.

Only one question remains, relevant. Can or will we dare allow this happen again?

In particular, with all the same unfounded allegations used to justify genocide being resurrected?

The haters of enlightened men in every age seem to think so given they are visibly committed to it. The tendency of not learning from the lessons of history means it repeats itself without fail, so who are we fooling, but ourselves?

The price of Freedom is never free and must be renewed by spilling the blood of tyrants …and their useful idiots!  Why we fought as a Nation for our independence, and formed it wisely thanks to the gracious gift of American Freemasonry, in 1776. 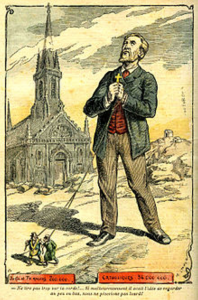