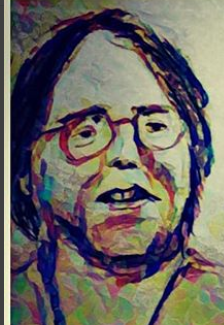 By K. R. Claviger After a long weekend of culling through all the nominations that we received – and carefully vetting out those that appeared to have some sort of Russian connection – we are happy to report that we now have an official name for March 26th. That, of course, is the day that […]

After a long weekend of culling through all the nominations that we received – and carefully vetting out those that appeared to have some sort of Russian connection – we are happy to report that we now have an official name for March 26th.

That, of course, is the day that Keith Alan Raniere AKA The Vanguard was arrested by Mexican police at a luxurious $10,000/week villa near Puerto Vallarta in Mexico, where he was staying with several women.

For a nostalgic look at the video that was taken as Raniere was being placed in a Mexican police car back at the villa, take a look at this Frank Report post.

The Mexican police immediately transported Raniere to the Mexican/U.S. border and ordered him to walk into the United States – where, surprise, surprise, there just happened to be a couple of U.S. federal agents looking for him.

Talk about bad luck… I mean, what are the odds of those guys just happening to be there at the exact moment that Raniere crossed over the border?

So, now, here we are just a mere 364 days later – and about to announce the name by which March 26th, we hope, will forever be known as long as there is a human being who has read about – or even heard about – The Vanguard.

Some of the entries that we received were a little too generic: e.g., Smelly Cross-eyed Midget Day, KAR Free Day, and Reality Day.

Others were a little too obscure: e.g., Vexit Day, VK Day, and Master Cleanse Day.

And some were just too hard to fit on a celebratory cake: e.g., Fuck Toy Emancipation Day.

But two of the entries were deemed to be just right: KARma Day and Vangone Day.

And so the great debate began around the 12’x20’ cherry table in the conference room at Frank Report’s headquarters overlooking Niagara Falls (Note: We’re not exactly sure if those are the correct measurements on the table but we thought that 12’x20’ sounded pretty impressive).

In a debate that lasted for several hours – and that often sounded like a take-off on the old “Tastes Great”/”Less Filling” Miller Light commercials – the Frank Report staff argued back and forth about which of the suggestions was the more worthy.

Finally, just as the morning sun began to rise – and we realized we were out of margarita mix – Frank came up with a brilliant solution (He may not be the world’s smartest man but he does have his moments).

“Why not use both?”, he asked cryptically.

When it became obvious to him that no one understood what the hell he was suggesting, he went on to explain in more detail:

“March 26th shall, henceforth, be known as KARma Day”, he announced.

“And the day on which The Vanguard is convicted – or he pleads guilty – shall, henceforth, be known as Vangone Day”, he concluded.

Silence poured over the room…

In large part, that was because almost all 20 members of the Frank Report staff were sound asleep.

But even the two members who were awake sat there with just drool – and no words – coming out of their mouths.

And so it has been recorded in the official annals of the Frank Report:

• Tomorrow, March 26th – and every March 26th in the future – shall be known as KARma Day.

• The day before Raniere gets convicted – or pleads guilty – will forever be known as Vangone Eve.

• And the day that Raniere actually gets convicted – or actually pleads guilty – will forever be known as Vangone Day.

We have already submitted our copyright applications – and our patent applications – for all four names (Because we told him these names were meant as tributes to Vanguard, Arlen Olsen only charged us $299,987.50 to fill out all the forms – which was $12.50 less than he would normally charge for such work).

And we’re already in negotiations with the Silver Bay YMCA to see if we can hold a 10-day long Vangone Week celebration to replace the former Vanguard Weekend festivities (More information on this event in a future post).

Finally, it looks like Hallmark is going to begin producing special cards to celebrate KARma Eve, KARma Day, Vangone Eve, and Vangone Day later this year. Those who donate at least $10,000 to the Frank Report will get a box of twenty cards (We’ll even waive the normal shipping  & handling cost).

As soon as we know where The Vanguard will be incarcerated for the next 15-20 years or longer, we will apply for parade permits for KARma Day and Vangone Day in that location.

So, don’t make any travel plans for 2020 until you hear more from us about the parades