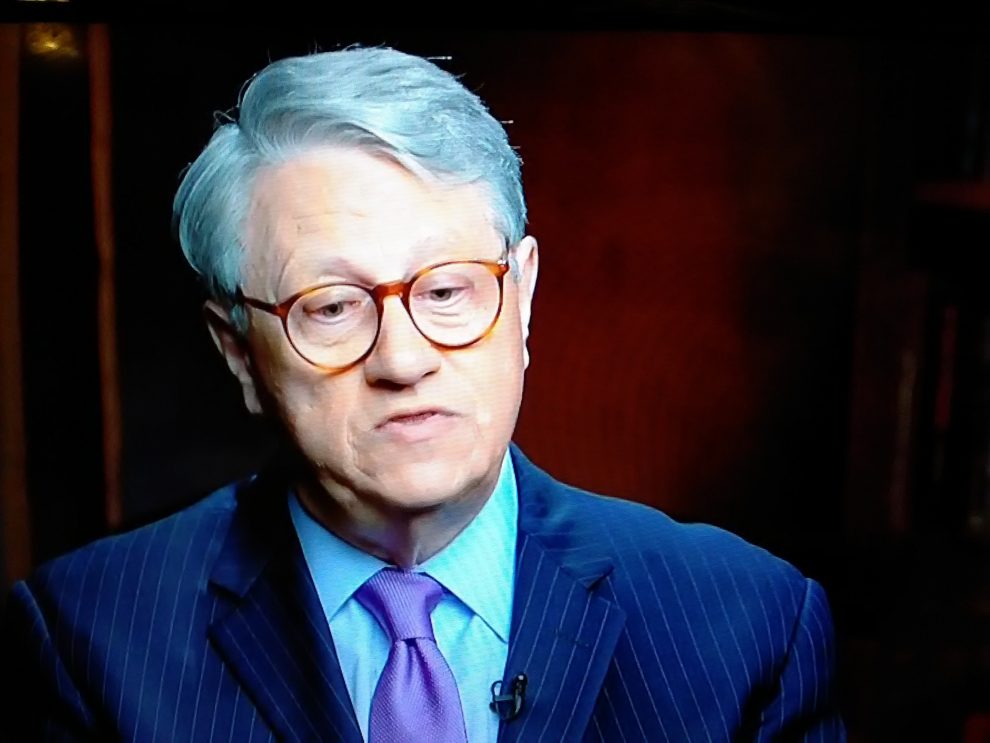 US District Court Judge Nicholas Garaufis has ordered a status conference – with little more than 24-hours’ notice – which all attorneys for Keith Raniere and Clare Bronfman must attend unless they receive permission from the judge not to be there (So far, he has granted such permission for Alexandra A.E. Shapiro, one of Clare’s […]

US District Court Judge Nicholas Garaufis has ordered a status conference – with little more than 24-hours’ notice – which all attorneys for Keith Raniere and Clare Bronfman must attend unless they receive permission from the judge not to be there (So far, he has granted such permission for Alexandra A.E. Shapiro, one of Clare’s horde of attorneys).

Here is the order:

“The court will hold a status conference for Defendants Keith Raniere and Clare Bronfman tomorrow at 3:00 P.M. in Courtroom 4D South before the undersigned. All counsel of record for Raniere and Bronfman must either (1) attend the conference or (2) explain why they cannot attend in advance and obtain the court’s permission to be excused. Ordered by Judge Nicholas G. Garaufis on 3/26/2019. (Haddad, Andrew).”

Why so sudden a hearing? What does this mean?

It almost certainly is prompted by the fact that Clare’s lead attorney, Mark Geragos, is facing possible indictment on federal attempted extortion charges in connection with his “legal” work involving the Nike company with fellow LA lawyer Michael Avenatti, who has already been charged.

Geragos’ future as the lead attorney for Clare Bronfman must be settled immediately since jury selection in the Nxivm trial is scheduled to start in less than two weeks.

Complicating matters is the fact that Geragos is apparently being represented by Benjamin Brafman, the founding partner of Brafman and Associates, which is the same law firm that represents Raniere.

Both Marc Agnifilo and Geragos’ daughter, Teny Geragos, are with Brafman and Associates. Agnifilo is Raniere’s lead attorney.

There is an obvious potential for conflicts-of-interest – and an even greater potential for delaying for trial – if Clare’s lead attorney cannot proceed with the case.

Clare Bronfman has a motion pending before the court to sever her trial from Raniere –  a motion prepared and filed by Geragos.

Why aren’t the other three defendants’ attorneys required to attend this suddenly-called meeting?

It may be because only Raniere is in pre-trial custody and his attorneys have been pressing for a speedy trial and have vigorously objected to each delay in the trial while also pushing for Raniere’s release on bail.

Requiring Raniere’s attorneys to attend, in addition to Bronfman’s attorneys, could signal that the judge is considering delaying the trial.

It may also signal that the other three defendants, Kathy Russell, Lauren Salzman and Allison Mack, have entered plea deals [not yet announced] – or are about to enter plea deals – which would leave only Clare and Keith to stand trial.

Will Geragos show up?

There will likely be heavy media coverage of tomorrow’s hearing – and if Mark Geragos appears, there will undoubtedly be a media frenzy. If he does not intend to appear, however, he will have to get permission from Judge Garaufis to be absent or risk being found in contempt of court.

Will Geragos seek to withdraw from representing Clare?

Or will Clare simply fire him because of his own legal problems?

If either of those things happens, it would seem almost a forgone conclusion that the judge will postpone the trial, at least for Clare. He may even have to sever her trial – or keep Raniere waiting in prison.

For all the rotten things Clare may have done in her life, Geragos getting into legal trouble is certainly not her fault.  The judge forcing her to go hurriedly to trial without her lead attorney would be ample grounds for appeal.

Whether her former lead attorney, Susan Necheles, who was relegated to non- lead status about a month ago, is prepared to resume her role is unknown. She will likely have to weigh in on her position tomorrow as well.

She may not be prepared to step back up to lead status – and Clare may not want her to do so.

Clare may want a new lead attorney. She obviously chose to relegate Necheles to non-lead status for a reason. She did not want Necheles to direct her case at trial.

While postponement of the trial might seem simple, the biggest obstacle to postponement is that Keith Raniere is sitting in jail. Today is his one year anniversary in custody (Happy KARma Day, Keith!). That’s a long time to be in jail and is certainly not what is meant by a speedy trial.

In the past, his attorneys, especially Marc Agnifilo, have objected to all the delays and there have been plenty. The trial was originally going to start last July. Then it was postponed to October and then postponed again to January.

But the possibility of another delay is complicated by the fact that Keith’s attorneys and Geragos’ attorneys are one and the same.

On the one hand, they might advise Keith to passively consent to the delay, to keep the trials from being severed, which might also help ease the way for their other client, Geragos, who just two days ago was one of the most prominent and respected lawyers in America but is now under a dark cloud that may end his legal career, to quietly slip out of the case, and give Bronfman time to transition to another lawyer.

[Will the judge have to order another Curcio hearing for Raniere, with an independent attorney to advise him on the fact that his present lawyer’s law firm represents his co-defendant’s lead attorney and that that co-defendant is paying his legal bill?]

The media will certainly be there tomorrow to find out if Judge Garaufis is going to delay the Nxivm cult sex-slaver trial because of Geragos’ legal woes.

Raniere’s attorneys [who work for the same law firm as Geragos’ attorneys] may try again to persuade the judge to let Raniere out on bail, something the judge almost certainly will not consider since in  three previous decisions denying bail, he made it abundantly clear that he considers Raniere a flight risk and a danger to the community.

Judge Garaufis could sever the trial.  He could delay it.  He could order it to go forward on schedule.

All of these decisions are imperfect, just like the law.

Guest View: DOS wasn’t sex trafficking; It was adults; It was consensual
Kathy Russell in Georgia visiting her sister – may be readying for plea deal
Comment