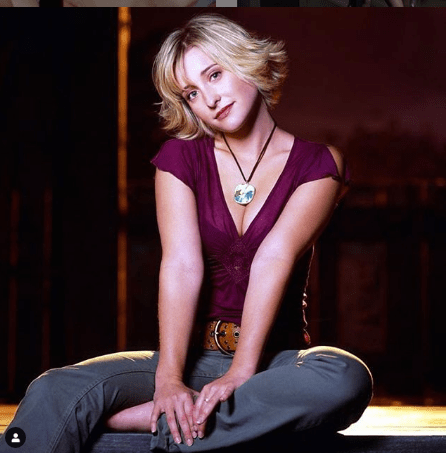 UPDATE Judge Garaufis has denied Allison Mack’s motion for a 30-day continuance for the trial that is currently slated to start on April 29th. No reason was given for the denial. And the pressure mounts… ***** Allison Mack wants to get a seat on the Plea Deal Bus… In their latest filing in the case, […]

Judge Garaufis has denied Allison Mack’s motion for a 30-day continuance for the trial that is currently slated to start on April 29th.

No reason was given for the denial.

And the pressure mounts…

In their latest filing in the case, Mack’s attorneys, William F. McGovern and Sean S. Buckley, have asked the court to postpone the start of the trial from April 29th to May 29th.

The reason they cite for the request is that “Ms. Mack actively is engaged in negotiations with the government regarding a potential pretrial resolution of her case, and the additional time will allow the parties to conclude those negotiations without prejudicing their ability to prepare for trial”.

Mack’s attorneys noted that the request was made “with the consent of the government” – which drew an immediate response from Marc Agnifilo, the lead attorney for Keith Raniere.

In a one-paragraph letter, Agnifilo writes:

Knowing that Your Honor has 500 jurors coming in for jury selection on April 8, 2019 and April 9, 2019, the government remarkably consents to a 30-day adjournment of the trial to conduct plea negotiations. (Dkt. 481.) As Your Honor reconfirmed as recently as 30 minutes ago, this trial is going forward with jury selection on April 8, 2019. We thank the Court for setting the firm trial date that has existed for months now, and we look forward to abiding by the Court’s trial date.

The latest filing on behalf of Mack confirms that she is seeking to avoid going to trial on charges that, in the worst case, could see her ending up in prison for the rest of her life.

Two of her co-defendants – Nancy Salzman and Lauren Salzman – have already pleaded guilty in the case.

Given how plea deals usually work in cases involving multiple defendants, it is expected that Mack will have to plead to at least two counts in order to avoid going to trial.

Per the second superseding indictment, Mack is facing the following charges:
• Count One: Racketeering Conspiracy

Lawyers familiar with the case have opined that Mack may have to plead to at least one sex-related charge in order to get any sort of plea deal.

If that’s the case, then it’s quite possible that Mack could end up being a registered sex offender for the rest of her life.

THIS IS A DEVELOPING STORY – AND UPDATES WILL BE MADE AS MORE INFORMATION BECOMES AVAILABLE.

Mack was the first of the defendants in the case who was supposedly considering a plea deal. But that occurred very early in the case – and was viewed by many as a ploy to ensure that she was allowed to remain out on bond as she awaited trial.

As noted in an earlier post, Clare Bronfman has also been working on a plea deal.

But hers apparently involved a lame-brained attempt on the part of her lead attorney, Mark Geragos – and her “consultant”, Michael Avenatti – to trade off information that Avenatti had about alleged illegal activities on the part of the Nike company to get a sweetheart deal for Clare.

Whether the prosecution will engage in any further negotiations with Clare is uncertain.

But, unless she gets her skinny ass in gear, she will likely be getting a worse deal than Allison gets.

Thus far, it appears that Keith Raniere and Kathy Russell are the only two defendants that are not actively involved in plea deal negotiations.

Unfortunately for Kathy, it’s beginning to look like she’s going to end playing the part of Gilligan while Raniere plays the part of The Skipper in this version of Gilligan’s Island.

Click here to post a comment
Guest View: Allison Mack needs to be locked up for a long time and then register as a sex offender
Rainiere’s Curcio hearing – Judge gives him plenty of warnings; tells lawyers they will need more than 500 potential jurors to find unbiased jury