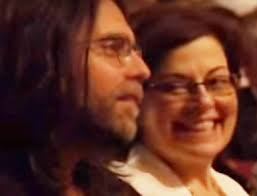 By Heidi Hutchinson I don’t think anyone, maybe not even Keith himself, has the full Nxivm story. Maybe Frank Parlato does through his years of hard investigation through many sources. I liken the various accounts to the tale of the blind men describing an animal they’ve all touched without ever seeing the beast — an […]

I don’t think anyone, maybe not even Keith himself, has the full Nxivm story. Maybe Frank Parlato does through his years of hard investigation through many sources.

I liken the various accounts to the tale of the blind men describing an animal they’ve all touched without ever seeing the beast — an Elephant. The blind man who felt only the Elephant’s trunk swears it’s a “snake-like” creature, and so on.

“Taking the fall” had a certain connotation when Gina, my sister, and sometimes me, but, mostly she and her friends — some sadly, among KAR’s earliest, underage “fuck toys”, as it turns out — studied under Keith’s “genius” tutelage, starting way back in the early ‘80’s.

“Taking the fall” was part of a mostly “Mormon,” for my part anyway, theological discussion we often engaged in while Gina was engaged to wed KAR — or you might say while she was forever “Vowed” to him as her reincarnate Buddhist God and master — she his consort destined to become a Goddess in her own right.

Those days, “Taking the fall” referred to becoming or reverting to being a ”Luciferian” — a soul fallen from the grace of God, sworn to follow Satan, behave sadistically and succumb to temptations of the flesh. (ESP/NXIVM would, later, offer the anecdote to this and other debilitating spiritual conditions, such as “disintegration” into a fearsome past life state, through Keith’s “Rational Inquiry” formula.)

So, I’m not sure what you mean by “Taking the Fall” but I take it that you are not happy with what Nancy and Lauren did to their co-defendants by covertly ratting or first to steal away with the best plea deals before anyone else knew.

You mention, poor Lauren Salzman was not the only or first girl with whom KAR broke his side of “the Vow” bargain — but managed to suspend her, along with her own Mommy Dearest, in a state of eternal maternal and matrimonial hopefulness for decades thereafter, nonetheless.

As you say, Lauren made an ADULT choice however heavily influenced by her mother, Nancy Salzman. She also enjoyed privileges others had to work hard for — unless you count holding down branding victims and occasionally having sex with Keith as laborious, I suppose.

I also agree, Nancy, and years later, Lauren, took the mind games to a level of torment on par with the MKUltra, CIA-style training some say Nancy not only had, but put in to practice for, at least, her own gain.

I have been told it was Lauren —under her mother’s guidance —who composed Gina’s death chart (as I refer to it) in August 2002, week’s before she was “suicided.” I don’t yet know if that information is correct.

But as I observe these proceedings, the behavior of the various defendants, I would agree with you that Nancy and Lauren ideological “took the fall” but did so long, long ago and put their lust for power, money, fame and worldly pleasures above all else including having a conscience about the sufferings they caused to others by pleasing KAR.

In some ways, Nancy and Lauren, all the Salzman’s used KAR as much as he used them.

Lauren Salzman signs cooperation agreement with Feds; Admits she imprisoned Mexican woman & lied to women about DOS being led by a man – Raniere
Society of Protectors is alive and well – and so is Nxivm
Comment