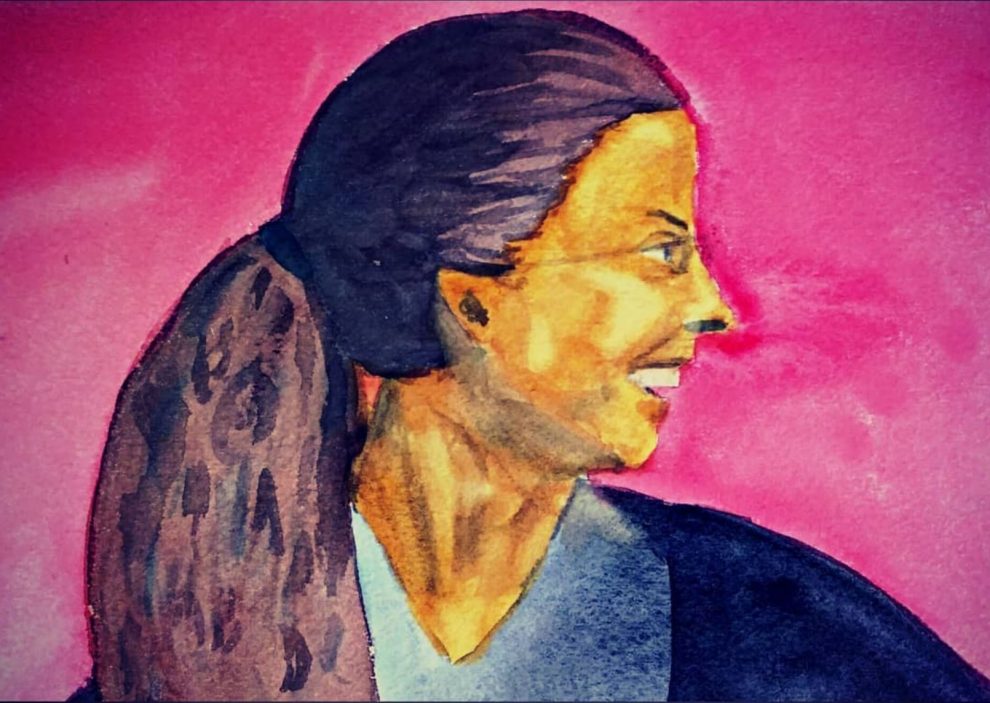 As Clare Bronfman turns 40, she will have an unusually large number of people with her. Monday, April 8, is the heiress’ birthday and after leaving her luxury apartment in Manhattan – where she is subject to home arrest and wearing an ankle monitor –  she will go spend the day in court. The trial […] 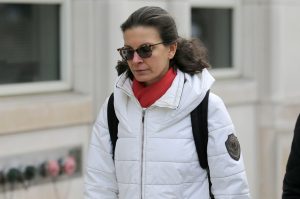 As Clare Bronfman turns 40, she will have an unusually large number of people with her. Monday, April 8, is the heiress’ birthday and after leaving her luxury apartment in Manhattan – where she is subject to home arrest and wearing an ankle monitor –  she will go spend the day in court.

Prospective jurors will be filling out questionnaires on her birthday. After that day’s jury-questionnaire process is complete, a status conference is set for the afternoon in Courtroom 4D South. Ironically, it will be on her birthday when Clare will spend her first full day in the Brooklyn courthouse.

Moira Kim Penza, the assistant US Attorney prosecuting Clare – trying to put her behind bars for years for her alleged crimes, and likely her colleague, Tanya Hajjar, will be there.  It is not known if they will wish her a happy birthday, and, in all likelihood, it will not be a happy day for Clare.

The FBI agents who worked the case will probably attend. They will bring her no cake with candles for her to blow out and make a wish, for they would be opposed to the granting of her likely wish.

Judge Nicholas Garaufis will be there to preside. He is the man – if Clare is convicted – who will sentence her.  He can decide with a mere word to add or subtract years from her incarceration.  It must be hard not to like the man who could spare you years of punishment. Like and fear him too.

(Sort of like Vanguard – without the pervy side effects. Like him and/or fear him. It was Clare Bronfman and his use of her money that made him a man to be feared. That was the secret: He could spend a fortune to destroy you and she would fund it. This was the whole secret of the enterprise.)

And speaking of the perv, her [ex]Vanguard and former lover, Keith Alan Raniere – he will be there in court too, along with his attorneys, Marc Agnifilo and Teny Geragos.  It’s kind of a shitty thing to have to spend your birthday with your ex-boyfriend who got you into so much trouble that you’re likely to spend most of your 40s in prison. There will also be her other co-defendants, Allison Mack and Kathy Russell, and their respective attorneys. Kathy and Allison sexually shared Keith with Clare [and scores of other women] and there are nude pictures that might be introduced as evidence that will prove it.

It’s possible, but unlikely, that Allison and Kathy will not be in court – since they are trying to make plea deals and avoid trial. It does not seem likely however that they could negotiate a deal, sign it and plead guilty before court on Monday.

Also there – most significantly – will be hundreds of potential jurors, who will be filling out questionnaires about their views of things that can conceivably reveal their impartiality or lack of it on matters related to the charges and the defendants – Clare, her [ex] Vanguard, Allison Mack and Kathy Russell.

It must be a fascinating thing to see hundreds of human strangers, most of whom you will never see again, knowing that 12 will be selected to decide the fate of your life. You don’t know who they are. Anyone can be selected. Your lawyers and you will have a hand in weeding out some of them – for cause or no cause at all.  But ultimately the judge will decide who will serve on the jury.

Clare, because she has money to do so, has retained a jury consultant, Linda Moreno, an attorney associated with her attorney Mark Geragos. Moreno studies the names of potential jurors, looks them up online, makes certain observations and conclusions and based on her experience advises the attorneys which ones might be inclined to be sympathetic [or not too prejudicial] to a wealthy heiress who got involved in an alleged sex cult and racketeering enterprise.

The judge has ordered the names of prospective jurors and empaneled jurors not to be released to the public until after trial and is requiring that jurors be identified only by juror number in open court.

More importantly, the judge ordered that the jury be semi-sequestered. This means they will have to meet in a secret place before trial each day and be escorted by US Marshals to court. They will leave the same way. This also means they will not likely be able to leave court during lunch or other breaks. Their meals will likely be served to them in a room set aside. They may be told not to speak to each other about the case as the weeks of the trial proceed and they get to know each other pretty well.

They will likely be told that when they go home at night they are not allowed to talk about the case or look online at media reports about the case.  They might be admonished not to look at this blog, the Frank Report, or a mistrial will be declared. In the next few weeks, before the trial officially begins, now scheduled for April 29, and likely to be adjourned until around May 10, Clare, like Allison and Kathy, may try to avoid trial and make a plea deal.

Any plea deal Clare can get now will almost certainly come with time behind bars. She’s going to prison unless she is acquitted. In a last-ditch effort to spare herself a trial, side-by-side with the Vanguard, and buy some time perhaps, she has, through her attorneys, asked for her trial to be severed. Clare makes an argument largely based on the theory that she was not accused – like Raniere – of sex crimes – and that it is unfair and prejudicial and an appealable issue to try her alongside the man who allegedly had in his possession child porn; a grandmaster of a group of branded and collateralized female slaves – a sorority headed by a man – which Clare claims she had nothing to do with and knew nothing about.

It is an irony, an anomaly, that Clare, with all her money – and she has a lot less now, thanks to Keith, than when she turned 30 – will not be able to purchase freedom.  Usually, in America, wealthy people can buy their freedom and are more often above the law than subject to it.

But Clare lamentably took too many years of Executive Success Programs – which ensured her ruin, along with enhancing her natural stupidity, cupidity, mendacity, cruelty, and lack of common sense.  She is charged with comparatively small financial crimes – as part of her greater role in the alleged racketeering enterprise the government alleges is/was Nxivm. [Just now, the prosecution wants to know if Nxivm still operates.]

Clare may be the richest dumbest heiress ever to be charged with predicate acts that involve such small sums compared to her net worth.  Her financial crimes were not done for money. They probably cost her money.  They were done for Vanguard.

In any event, the die is cast. Clare will spend her birthday in court as a pool of jurors fill out questionnaires, probably all of them poorer than her. I wonder if she has more money than all the prospective jurors put together? She might think, that in other settings, she could have bought and sold them and looked down on them for they are not rich like her and not availing themselves of Vanguard’s superior teachings. 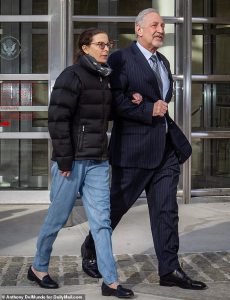 Now her money does no good. Neither does her Vanguard. 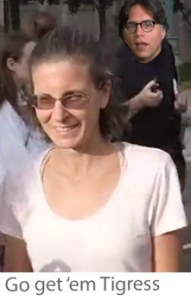 Vanguard, in effect, neutralized her wealth. He made her equal to the common American called for jury duty.  The common people – not affiliated with Nxivm – will judge her and Vanguard. Some random 12 of them will decide if this will be her last birthday outside of a prison for years to come. For Clare, on her birthday, Clare, the classic bumbler, the woman who had everything, born with a silver spoon and a platinum fork, who managed to blow it – the dunce who chose to lose her independence and follow a despicable perv – my birthday wish for her  – which was for a decade and a half her fondest wish too: Viva Executive Success!

Click here to post a comment
How Far Could Raniere Have Gone Before He Hit Tilt?
‘Just Because I Fucked Him Doesn’t Mean I Knew He Was Fucked Up’ – Clare Bronfman