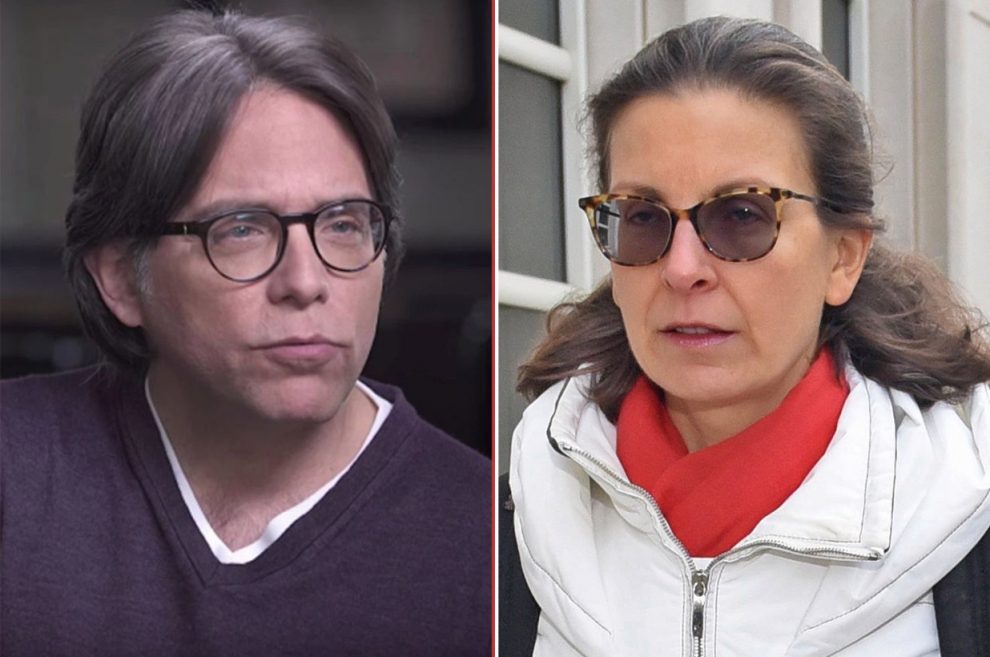 In a last-ditch effort to get her trial severed from that of Keith Raniere and Allison Mack, Clare Bronfman is trying to draw a distinction between what she did and what she knew. In the latest filing by one of her attorneys, the argument is made that even if Clare did, in fact, have a […]

In a last-ditch effort to get her trial severed from that of Keith Raniere and Allison Mack, Clare Bronfman is trying to draw a distinction between what she did and what she knew.

In the latest filing by one of her attorneys, the argument is made that even if Clare did, in fact, have a sexual relationship with Raniere – and even if they talked about sex – that’s not proof that “Bronfman knew about sex crimes or that those sex crimes have any bearing on the government’s case against Bronfman”.

Her attorneys also claim that Bronfman “undisputedly did not know about DOS”, an assertion for which they offer absolutely no proof.

While Clare’s attorneys continue to pound the table in their attempt to convince Judge Nicholas G. Garaufis that Clare is different than the people with whom she has consorted and funded for more than 15 years, they continue to ignore the reality of the situation.

The government has not charged Clare with any sex-related crimes. Zero. Zilch. Nada.

But they have charged her with being part of a criminal enterprise that, among other things, did engage in sex-related crimes.

And in order to prove the existence of that criminal enterprise, the government plans to introduce evidence of a variety of crimes that its members committed (These are referred to in legal jargon as “predicate acts”).

*****
From the very beginning, Clare’s attorneys have tried to portray her as being different than Raniere, Mack and Lauren Salzman (Lauren, of course, is no longer an issue because she has already entered into a plea deal in the case).

They even coined the term “non-DOS defendants” to describe her, Nancy Salzman and Kathy Russell.

At other times they tried to imply that Clare had only been charged with one count of Conspiracy To Commit Identity Theft – and was, thus, only facing a short prison sentence if she were found guilty.

But the sad reality for Clare is that she has been facing a significant amount of prison time from the moment she was indicted.

No matter how hard they try, Clare’s attorneys are not going to change the reality of her situation.

She is a member of – and, indeed, the financier for – a criminal enterprise that committed all sort of felonious acts.

And while she may not have committed all those acts herself – or even known about some of them – that doesn’t change a thing in terms of her being charged with Racketeering Conspiracy and Racketeering.

As the prosecution stated in its opposition to the motions to sever that were filed by Clare, Mack, and Russell: “The severance motions filed by defendants Bronfman, Mack and Russell are without merit and should be denied. Although they repeatedly attempt to argue otherwise, Bronfman, Mack and Russell are each charged in an overarching RICO conspiracy involving predicate acts of human trafficking, sex trafficking, and child exploitation, and the evidence regarding these offenses is admissible against them as proof of the enterprise and the pattern of racketeering charged in (the second superseding indictment)”.

And as it went on to say: “the government expects to admit evidence that the members of the charged enterprise recruited and groomed sexual partners for Raniere, both within and outside of DOS, and were aware of and facilitated Raniere’s sexual relationship with underage victims”.

Even if Clare were to be given a separate trial – which is not going to happen – the government would still be able to introduce evidence about the predicate acts to support the existence of the criminal enterprise.

While it’s possible that her attorneys might be able to prevent the introduction of evidence with respect to one or more of the sex-related predicate acts, they are never going to convince any judge to exclude evidence about all of them.

Here’s a suggestion for Clarebear: If you don’t want to be portrayed as a member of a group that engages in heinous activities that include things like the sexual exploitation of minors and the possession of child pornography, then don’t spend 15+ years as a member of that group – and finanace all its criminal activities.