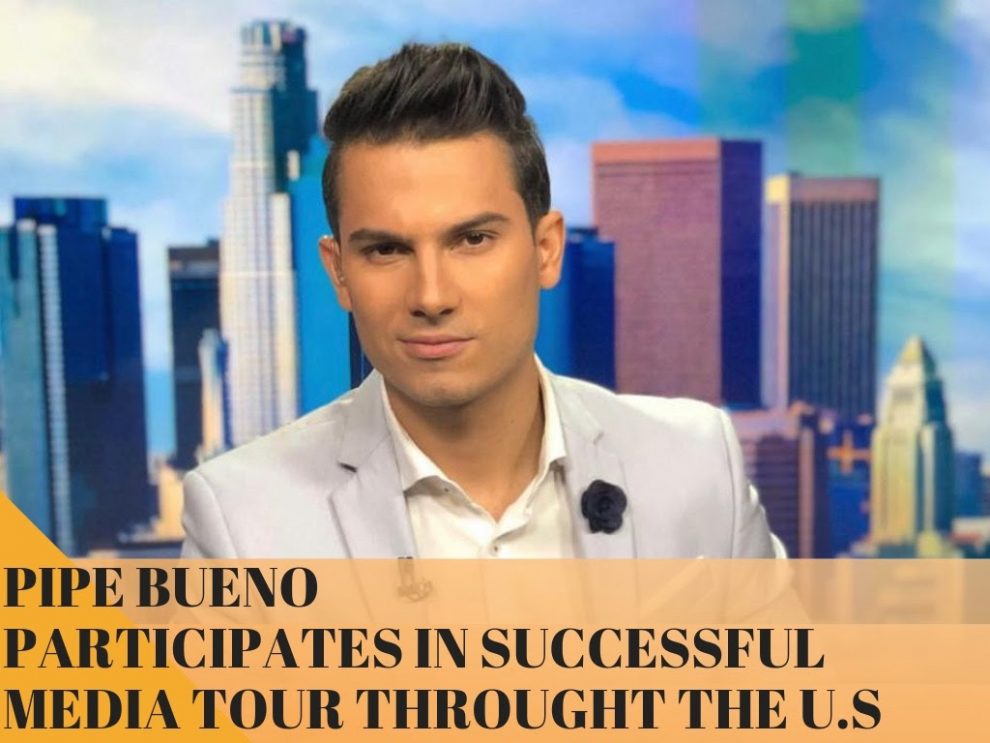 The talented Colombian singer-songwriter from the Regional Mexican genre, PIPE BUENO has successfully ended a promotional tour throughout the United States in the cities of Miami and Los Angeles, visiting important media.

Pipe Bueno captured the media’s attention with his charm and undeniable talent during his first official promo tour across the country. Pipe is currently promoting his most recent single and music video, “CUPIDO FALLÓ”, which currently dominates digital platforms and accumulates millions of weekly streams. The press had the opportunity to understand the meaning behind “Cupido Falló”, in which the artist explains with a half-smile, “This song explains what I am currently living in my love life”.

Representing internationally Regional Mexican music in Colombia, Pipe Bueno came to the U.S to demonstrate a musical genre that is very strong in his country, leading him to perform in different stages across Latin America.

Pipe Bueno has been recognized by the greatest Regional stars in Mexico, such as Espinoza Paz and Vicente Fernandez, with who he ha collaborated.