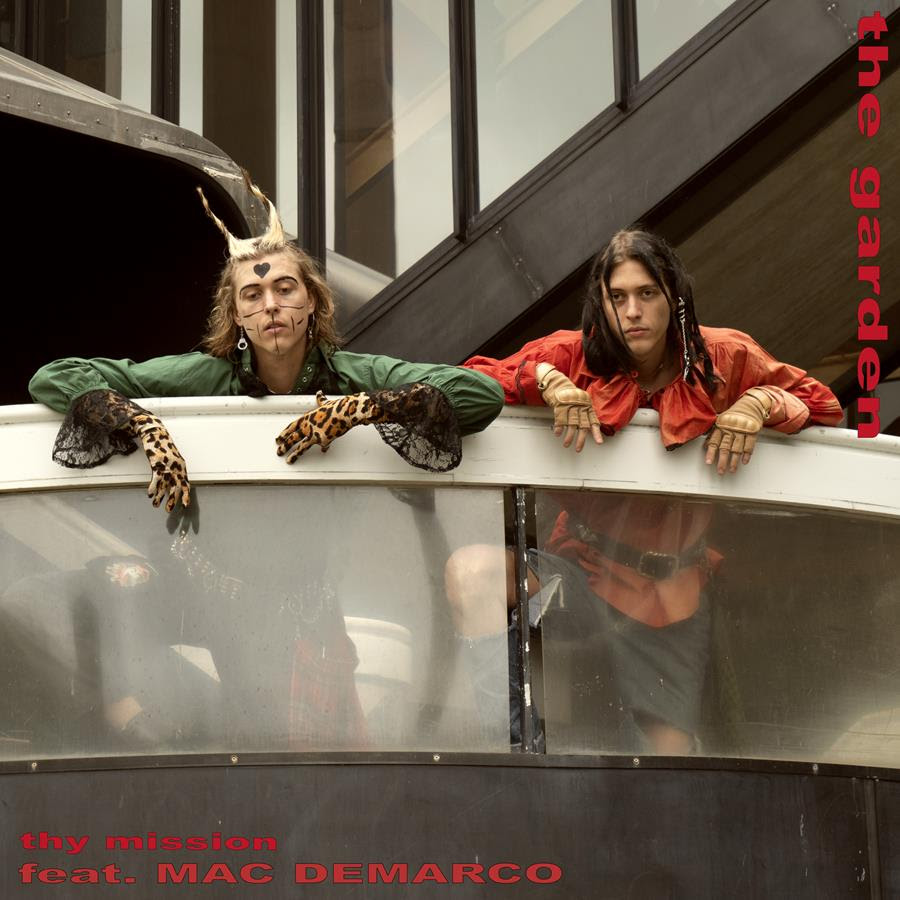 “Thy Mission” began as a demo for a future album. Interested in the idea of features, The Garden sent the track to their friend Mac DeMarco for his ideas. Together they spent a full day collaborating in DeMarco’s home studio in Los Angeles. By midnight a result was reached that they all liked  and “Thy Mission” was born.

Twin brothers Wyatt and Fletcher Shears have been conceptualizing their own style since well before the formation of the band in 2011. Described as auditory invaders of the new world; borderless, informed and decentralized, the duo represent a youthful punk scene in California with their DIY principles, thrift store-cum-glam fashion style and a vast list of influences. The Garden strip off everything unnecessary about modern punk and get straight to the heart of it, consistently defying categorization and breaking new ground with their own “Vada Vada” philosophy, an idea that represents pure creative expression, disregarding all previously made genres and ideals. This is outsider music made from the inside, and when the multitude of sounds collide at pace, the results are spectacular. The Garden have released three full-length albums, The Life and Times of a Paperclip (2013), Haha (2015), and Mirror Might Steal Your Charm (2018).