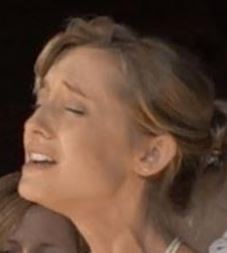 As I mentioned earlier, people change – and hopefully for the better.

It is the hope of Frank Report that Allison Mack, formerly of Nxivm, now a convicted felon, will reset her life, grow from this horrific experience, and come to live a better, less deceptive life.

But is it that simple – to merely allocute and cry?

In her allocution, she did a lot of crying and a lot of blaming of Keith Raniere.

To repeat some of it, here is what she said:

“I believed that Keith Raniere’s intentions were to help people and that my adherence to his system of beliefs would help empower others and help them.  I was wrong…..

“My misguided beliefs and dedication of what I believed were the principles underlying NXIVM, Keith Raniere’s teachings, resulted in my agreeing to support the criminal enterprise….

“Your Honor, having reviewed the charges against Keith Raniere in the most recent indictment and having many months to reflect on my own actions and motivations of others, I have come to the conclusion that I must take full responsibility for my conduct. And that is why I am pleading guilty today….

“They are good people who I have hurt through my misguided adherence to Keith Raniere’s teachings.”

Yet, today, there are women carrying the brutal brand she promoted and admittedly introduced to DOS.

She said so to the New York Times Magazine. Vanessa Grigoriadis, writing for the Times, wrote, “In her apartment, I was surprised to hear Mack take full responsibility for coming up with the DOS cauterized brand. She told me, ‘I was like: “Y’all, a tattoo? People get drunk and tattooed on their ankle ‘BFF,’ or a tramp stamp. I have two tattoos and they mean nothing.”’ She wanted to do something more meaningful, something that took guts.”

Yes, guts or stupidity or callous indifference to the health and well being of others. Or just plain savagery. Allison was thick into it.

Those scars are permanent and I do not know what Mack can do to atone for that. She co-conspired with Raniere to lure women into a sorority – lying to them, directly or by omission – failing to tell them that Raniere was the leader of the DOS “sorority.”

It was not a women-only group. It was led by a man, if you can call him that.

But she is the one who lied. She puts it all on Raniere. He misled her. She was “dedicated” – but to the wrong man.

This lie she told – and she told it – not him – this lie led those women to a kind of doom and they carry the branding scar with his and as some say her initials.

She, as much as Raniere, led them to be branded.

Being branded is a hard thing to overcome. It may be easy for you and I, who were not deceived or branded, to forgive the winsome actress who cried so well before the judge yesterday, but how do the women who were branded feel?

Those women will bear that scar for a lifetime. They endured the trauma of giving collateral to Mack, a woman, and later finding out it was possessed by the monster, and then later seized as evidence in the case against Allison and the beast – and that their collateral – which was to be held as secret – has been seen by dozens – investigators, lawyers, defendants and, in time, the judge and jury.

They must go onward in their lives knowing they have the initials of a pervert, a derelict and child molester on their pubis. Nice going Allison, who led them there.

Allison did a lot of harm and, sure, it’s great she weeps now for her misdeeds.

But it does not efface those deeds and it may not be entirely fair to say the devil Raniere made her do it.

People don’t change that much overnight.

I tried, and tried with Catherine Oxenberg, to persuade Allison to leave Raniere before she was arrested. She would hear nothing of it. No, even after she was arrested and thought she had an excellent chance of beating the rap, did she want to leave the horrid one.

Now, on the eve of trial – with her attorneys undoubtedly saying she is sunk, now she cries and pleads – she is guilty. But still, she says, it was not really her fault. She finally figured it out. She was misled, so misguided – by him.

Her allocation is all but a shifting of blame to Raniere and taking no true responsibility.  Her “adherence to Raniere’s teachings” hurt a lot of good people, she says.

But it was his teachings, she says. No, she did not really hurt a lot of good people. It was her adherence to Raniere that hurt good people.

“I believed that Keith Raniere’s intentions were to help people and that my adherence to his system of beliefs would help empower others and help them. I was wrong.”

She is noble. She wanted to help people. Empower them. She believed in the wrong man. That’s her crime, she says, trying to good, but believing in a bad man.

“My misguided beliefs and dedication of what I believed were the principles underlying NXIVM, Keith Raniere’s teachings, resulted in my agreeing to support the criminal enterprise.”

Not her own criminal enterprise that she fully participated in and helped to evolve. No criminal activity, not willful reckless disregard for the welfare of others, but only misguided beliefs and dedication to principles, innocent, misdirected dedication.

She was dedicated, she would have us believe, to goodness, but she was misled. She is not bad. He is bad. Only him. Not her. Her crime was a mere mistake.

Allison is claiming it was all an accident. She is not culpable. She believed in Raniere. She was trying to do good. How she could know he was so bad? It took all these months of introspection and the latest, final charges against Raniere for her to finally realize she was following a bad man.

Before that, she thought she was doing good. To hear her tell it, her taking “full responsibility” is almost a gesture of nobility. She is taking full responsibility, not for criminality but for her mistaken belief in Keith.

“Your Honor, having reviewed the charges against Keith Raniere in the most recent indictment and having many months to reflect on my own actions and motivations of others, I have come to the conclusion that I must take full responsibility for my conduct. And that is why I am pleading guilty today”

She did no wrong with a motive to do wrong. She says her motives were good and pure. Never once does she say she was ill-intended. She had no mens rea, no intent to commit crimes. She says she finally realized that “They are good people who I have hurt through my misguided adherence to Keith Raniere’s teachings.”

In other words, Keith is bad and she is misguided.  It was an accident. She meant no harm, none whatsoever. She meant to do good, she says.

It is really a remarkable allocution. One where she claims to be blameless – Keith misled her and she accidentally misled others. And the judge accepted it.

Very good.  I don’t know that I would have.

Funny, she only realized her mistake after she realized she wasn’t getting out of this jam she and Raniere created.

So Allison will likely get a light sentence. She is an appealing woman, who cries on cue and it seems a shame to punish someone so lovely too harshly.

Keith is ugly, Clare is dour. It is easy to punish them.

Yet, beyond the surface of this lovely face and figure is the deep mark she helped put on some 150 women. Etched on their skin is her mark – not just Raniere’s, not just her misguided adherence to his teachings,

It was her teachings too – she, the slave master. Allison was the woman the victims bought into – and their adherence to her misguided and criminal teachings.

Women believed Allison Mack’s intentions were to help people, and their adherence to her system of beliefs would help empower them. They were wrong. They now realize she engaged in criminal conduct.

She recruited women to DOS and concealed Raniere’s role as head of DOS and characterized DOS as a women-only organization.

These are good people who were hurt through their misguided faith in Allison Mack and her teachings. It is not quite right – nor is it honest – to put all the blame on Keith Raniere.

Her allocution strikes me as a sham. Full bullshit; a lie to get out of trouble. Taking no responsibility, not really, for the harm she devised and fully implemented with Keith at her back.