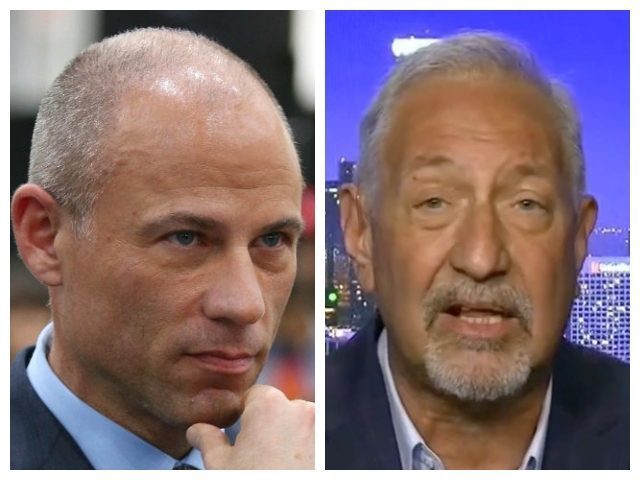 The US DOJ Central District of California seized a six-seat Honda HA-420 twin-engine jet Wednesday they claim is owned by a company co-owned by Michael Avenatti.

It is estimated to be worth $4.5 million.

Readers of Frank Report recently got a near glimpse of Avenatti when it was revealed he was representing Clare Bronfman in her criminal racketeering case.

Frank Report learned he was also retained by the litigious heiress to represent her in a civil lawsuit against this writer in Western New York.

Bronfman fainted (or, as some claim, pretended to faint) dead away last month at a Curcio hearing about potential attorney conflicts of interest when US District Judge Nicholas Garaufis asked her if Avenatti was one of her undisclosed lawyers in her federal criminal case in the Eastern District of New York.

It was revealed in that court hearing that Avenatti and Geragos met with Deputy US Attorney Mark Lesko in the Eastern District of New York, where Bronfman is facing trial next month, to negotiate a Third Party Cooperation agreement with the DOJ.

A Third Party Cooperation agreement is an arrangement where a criminal defendant in one case provides information helpful to the prosecution in another case or evidence of criminality in an unrelated matter in return for a more lenient plea deal or other considerations.

It has been thought that Avenatti and Geragos were offering information about potential crimes committed by Nike officials in return for a better deal for Bronfman.

The meeting with the DOJ occurred one week prior to Avenatti’s arrest on a criminal complaint (not an indictment) by the Southern District of NY.

Avenatti’s jet was seized at the Santa Barbara Airport about 10 a.m. today after a federal judge issued a warrant.  The seizure is related to a pending criminal case in Los Angeles where Avenatti is accused of wire and bank fraud, allegedly defrauding a bank and a client and not Avenatti’s Nike-related extortion charges in the Southern District of New York.

Federal prosecutors in the Southern District of New York accused him of attempting to extort $25 million from Nike “by threatening to use his ability to garner publicity to inflict substantial financial and reputational harm on the company if his demands were not met.”

Bronfman’s lead attorney, celebrity lawyer Mark Geragos, has been identified as the unnamed Co-Conspirator #1 in a criminal complaint against Avenatti in the Nike matter. Geragos has not been indicted, but a grand jury is reportedly sitting, hearing evidence on the case.

There is some question over whether Avenatti actually owns the seized plane. Fox News reports that federal court records indicate the plane, bought on Jan. 30, 2017, was registered to Passport 420, a company co-owned by Avenatti.

But Avenatti told Fox News, “I haven’t used the plane in almost a year and I gave up my [ownership] interest last year. I have no interest in the plane and could care less.”

On the day following Bronfman’s “fainting” episode (which ended that day’s inquiries by the judge), Bronfman returned to court and said Avenatti no longer represented her.