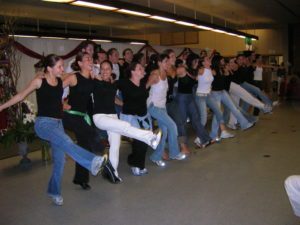 Certain Mexican Nxivm members are getting “subpoenas” to appear as witnesses for the Nxivm trial. Sources tell me this is part of a scheme by the Keith Raniere defense team to get Mexican women to “safely” testify for Raniere. Neither the US Government nor Raniere has jurisdiction to subpoena [or legally require as a subpoena […]

Certain Mexican Nxivm members are getting “subpoenas” to appear as witnesses for the Nxivm trial. Sources tell me this is part of a scheme by the Keith Raniere defense team to get Mexican women to “safely” testify for Raniere.

Neither the US Government nor Raniere has jurisdiction to subpoena [or legally require as a subpoena does] anyone in Mexico to come to the US.

The subpoenas are, in effect, mere pieces of paper with no legal force.

They are, however, being served on Mexican women – and an attorney close to the case told Frank Report that this is a step Raniere is taking in order to try to persuade the trial judge (US District Judge Nicholas G. Garaufis) to grant his request to have Mexican witnesses for the defense testify via closed-circuit TV, as opposed to their coming to the USA and testifying in person.

Raniere’s argument is that the Mexican women want to testify in support of their Vanguard but are afraid that if they come to the US, the DOJ will arrest them and charge them with Nxivm-related crimes.

Raniere has asked the DOJ to guarantee “safe passage” from the US and back to Mexico for these witnesses since he argues it would be unfair to subject them to possible arrest if they appear for the defense.

In some cases, special clearance from Homeland Security is necessary to get them into the USA – since they do not possess visas.

If the judge and the DOJ do not agree to “safe passage”, Raniere is asking the judge to allow the Mexican women to testify on closed-circuit TV where they could be examined by the defense and cross-examined by the government.

The “subpoenas” are mere show after all – but what Raniere can say – if the Mexican women decline to appear – is that he tried to get “crucial” witness to testify but the government held a blatant threat over their heads – and refused to assure them that, if they came forward and testified, they won’t themselves end up being indicted – as a punitive measure for supporting Raniere.

Raniere suggests witness intimidation on the part of the government.

It might be an issue he can use on appeal if the judge does not grant his request to either compel the prosecution to grant temporary immunity and “safe passage” for Raniere’s Mexican witnesses – or allow them to testify on closed-circuit TV – as they  remain outside the jurisdiction of the US DOJ – if he loses the case.

The Mexicans could be indicted anyway in the US, but since they are Mexican citizens and living in Mexico, it is not as cut and dried concerning extradition to the US as it would be for the extradition of a US citizen living in Mexico. [Ask Raniere about that.]

Some of the women’s families have political influence that might also aid in avoiding extradition.

One of the witnesses Raniere wants to bring forward may be Jane Doe #2, now 29, who, when she was 15 years old, was allegedly photographed nude for Raniere’s so-called “studies.”

If Jane Doe #2, who is now in Guadalajara and under the control of a Nxivm leader there, decides to testify for Raniere, Frank Report will likely reveal her identity.

She is now an adult woman, was alleged to be a First Line Slave Master at DOS, and despite her victimization in youth – it is now high time for her to break free of the monster or pay the cost that other adults pay for supporting a madman.

Raniere’s attorney, Marc Agnifilo, has retained a forensic computer analyst to cast doubt on the authenticity, age and the chain-of-custody of the Jane Doe #2 images.

If it came down to it, if the government said their expert said the images are from one date and Raniere’s expert said another, later date, and Jane Doe #2 said it was the later date, when she was not underage, much of the case against Raniere and underage claims vanish into air.

That does not mean the other charges go away.

This is part of the reason Raniere wants to call a battery of Mexican women who will testify that the sex trafficking and forced labor charges are nonsense.

They had collateral. They had Allison Mack or Lauren as slave masters. They were not intimidated or threatened and the labor they did as “acts of care” was not coercive.

This may go a long way to rebut the numerous Jane Does who will testify for the prosecution.

Agnifilo also plans some pretty vigorous cross-examination of the Jane Does as the prosecution is well aware.

In addition, Jane Doe #2, being the sister of Jane Doe #4 – the Mexican woman who was allegedly imprisoned for nearly two years – may be expected to testify that her sister, Jane Doe #4, was free to leave at any time and that the room was not locked and hence she was not in any meaningful way imprisoned.

In addition, Raniere is expected to call yet another sister of Jane Doe #4 – also a member of DOS – to testify that Jane Doe #4 was not imprisoned but wanted to stay in the room for nearly two years and could have left at any time.

It is not known if any of the Mexican women will testify and my sources say they are afraid to come to the USA and likely will not come to the US under any circumstances.

The entire Raniere defense may hinge on whether the judge allows them to testify by closed-circuit TV.