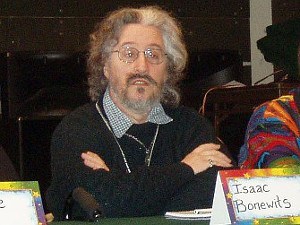 By Anony Maker For further consideration, I offer Bonewits Cult Danger Evaluation Frame, one of several scales that provide a way to rate and compare high control groups or cults. Like a number of similar lists, it’s generally useful, though its specific merits and possible flaws are open to debate. Most organizations in society will […]

For further consideration, I offer Bonewits Cult Danger Evaluation Frame, one of several scales that provide a way to rate and compare high control groups or cults.

Like a number of similar lists, it’s generally useful, though its specific merits and possible flaws are open to debate.

Most organizations in society will rate at least a couple of points – but it’s the ones that rate higher, that start to become dangerous, and the ones highest on the scale that typically are engaged in significant abuses bordering on criminality, though many abusive groups become quite adept at bending and skirting the law, or even influencing and co-opting the legal and judicial systems to get away with things that seem as if they should be illegal.

Ratings also vary based on context, and the different levels of an organizations with which members become involved. In the case of NXIVM, something like the now-defunct Vancouver center would likely get a lower rating than the NXIVM community around Albany, and that in turn would be eclipsed by very high rating numbers for Raniere’s inner circle, SOP and DOS.

3 Wisdom/Knowledge Claimed by leader(s); amount of infallibility declared or implied about decisions or doctrinal/scriptural interpretations; number and degree of unverified and/or unverifiable credentials claimed. _________________________

4 Wisdom/Knowledge Credited to leader(s) by members; amount of trust in decisions or doctrinal/scriptural interpretations made by leader(s); amount of hostility by members towards internal or external critics and/or towards verification efforts. _______________________

17 Surrender of Will: Amount of emphasis on members not having to be responsible for personal decisions; degree of individual disempowerment created by the group, its doctrines or its leader(s). _________________________

18 Hypocrisy: amount of approval for actions which the group officially considers immoral or unethical, when done by or for the group, its doctrines or leader(s); willingness to violate the group’s declared principles for political, psychological, social, economic, military, or other gain. _________________________

On the last item in particular, I’d offer some additional nuances: similar to what is stated, what I would refer to as “ends-justifies-the-means” thinking and situational ethics (even if the dogma is non-situational) used as rationalizations to violate everything from the group’s nominal philosophy and policies, to society’s norms and laws, and the extent to which the leadership carries on, particularly with regards to materialism and sexuality, in ways that are in contradiction to what they try to impose on their followers.

I would probably also modify or add to the points to take into consideration the extent to which the group or organization may both hold up its membership as an elect or superior elite; and yet objectify individual members as dispensable, as well as outsiders and the broader society as “others” in an us-against-them mentality. 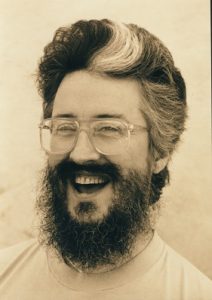 Isaac Bonewits, who created his chart in 1979, said this about his “Advanced Bonewits’ Cult Danger Evaluation Frame” “or the “ABCDEF” (because evaluating these groups should be elementary). …  I realize its shortcomings, but feel that it can be effectively used to separate harmless groups from the potentially dangerous ones and distinguish harmful ones from those that are merely unusual to the observer….

“The purpose of this evaluation tool is to help both amateur and professional observers, including current or would-be members, of various organizations (including religious, occult, psychological or political groups) to determine just how dangerous a given group is liable to be, in comparison with other groups, to the physical and mental health of its members and of other people subject to its influence. It cannot speak to the ‘spiritual dangers,’ if any, that might be involved, for the simple reason that one person’s path to enlightenment or ‘salvation’ is often viewed by another as a path to ignorance or ‘damnation.’

“As a general rule, the higher the numerical total scored by a given group … the more dangerous it is likely to be. Though it is obvious that many of the scales in the frame are subjective, it is still possible to make practical judgments using it, at least of the “is this group more dangerous than that one?” sort. This is if all numerical assignments are based on accurate and unbiased observation of actual behavior by the groups and their top levels of leadership (as distinct from official pronouncements). This means that you need to pay attention to what the secondary and tertiary leaders are saying and doing, as much (or more so) than the central leadership — after all, “plausible deniability” is not a recent historical invention….

“It should be pointed out that the ABCDEF is founded upon both modern psychological theories about mental health and personal growth, and my many years of participant observation and historical research into minority belief systems. Those who believe that relativism and anarchy are as dangerous to mental health as absolutism and authoritarianism, could (I suppose) count groups with total scores nearing either extreme (high or low) as being equally hazardous. As far as dangers to physical well-being are concerned, however, both historical records and current events clearly indicate the direction in which the greatest threats lie. This is especially so since the low-scoring groups usually seem to have survival and growth rates so small that they seldom develop the abilities to commit large scale atrocities even had they the philosophical or political inclinations to do so.” 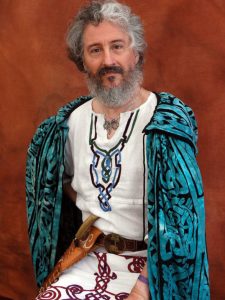 So he devised his metric to show which groups were dangerous and which – although different – were not a threat to members or society.

According to Wikipedia, “Phillip Emmons Isaac Bonewits (October 1, 1949 – August 12, 2011) was an American Neo-Druid who published a number of books on the subject of Neopaganism and magic. He was a public speaker, liturgist, singer and songwriter, and founder of the Neopagan organizations Ár nDraíocht Féin and the Aquarian Anti-Defamation League. Born in Royal Oak, Michigan, Bonewits had been heavily involved in occultism since the 1960s.”