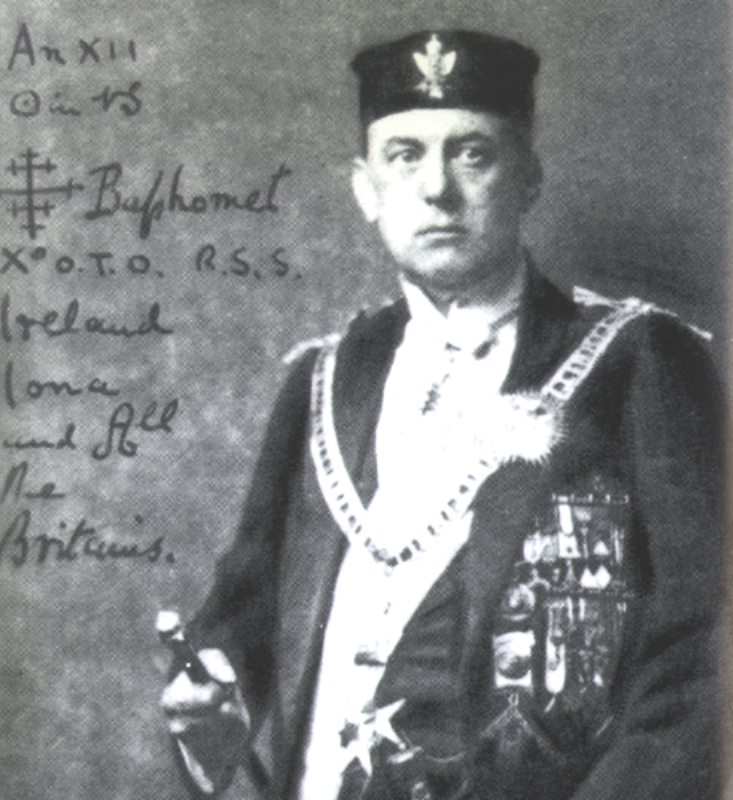 My investigation into Freemasonry started as a result of my being threatened with Masonic obstruction of justice and a tortuous interference of future business opportunity used to coerce me not to pursue collection on a debt owed me by Mason own/run business, as discussed, in this series (see part 3).

What went without mention is attached to this threat was a mystic Masonic occult Magick would also come to bare my being harmed, supernaturally.

Personally, I’d come to realize that if you speak about occultism with card carrying Masons they sidestep it and proclaim that Modern Freemasonry makes good men better. That it is a system of self-improvement tried and tested over centuries that makes use of allegory and ritual to teach life lessons.  Reassuring me I had nothing to fear and said these threats were anti-Masonic “bilge”.

The Veiled Threat of Freemasonry is how Masonry tests men to go and stay in the light.

This also applies to the idea that men may also turn away and end up attracted to the Dark Side. Logically, if Freemasonry has the power to make good men better can’t Masonry, inadvertently, make wicked men more, wicked?

Historical figures who were Masons adept in its ritual, occult magical practices and symbolism, seemingly turned to the Dark Side, in as much as, they had violated Masonic pledges of loyalty and obedience to God, Country and Family.

In the 1880’s, Guiseppe Mazzini, a 33 degree, Grand Master Mason committed treasonous acts when he spearheaded the Italian revolutionary movement against the control of Italian monarchy and the Pope that led to the creation of the Mafia.

His Worshipful Master, 33 Degree Mason, Licio Gelli played a key role in 40 years of scandals against the Italian republic. That includes the Borghese coup, the Sindona bank scandal, the Calvi murder, the Moro assassination, etc.

George Washington, Thomas Jefferson, Benjamin Franklin, plot and join an effort to overthrow Britain’s Colonial government, along with a Masonic lodge that purchase Bostonian Green Dragon Tavern. They turn the basement into the clandestine headquarters for “The Sons of Liberty.” What the British Crown and two thirds of American loyalists considered to be then, at the time, a terrorist organization.

“Turning to the Dark Side” in terms of Masonry is not restricted to engaging in radical revolutionary politics, either. For the most part, ordinary people notate this as filling one’s life with hedonistic as well as occult pursuits.

To this end, YouTube videos proliferate the Internet attempting to prove this allegation as true.

Above all else, adding fuel to the firestorm is the occultist, Sir Aleister Crowley, who shocked Britain’s puritanical society with him openly engaged in promoting occultism, recreational drug usage, bisexuality and other forms of sexuality clearly considered by Christianity to be abhorrent debauchery – alleged, coining the phrase of turning to the Dark Side, popularized, in cinema.

Among the most infamous of claims is that it was Sir Aleister Crowley’s Magick and not chance or an ancient curse—responsible for the deaths of several people involved with the opening of the tomb of the Egyptian pharaoh, Tutankhamen, in 1922.

Some alleged to be Masons claim in Internet chat and in YouTube comments that Aleister Crowley was never a member of Freemasonry.  That this is all FAKE NEWS.

To say the least, that representation spirited my looking into it for myself and not relying only on what Mason’s say and how they portray their fraternal order nor corporate mainstream media, absolutely, proven NOT TRUSTWORTHY.

In stark contrast to what I was being told or read it turns out the celebrated occultist Sir Aleister Crowley appears to have played a significant role in Masonry, who is a listed Masonic member of the Anglo-Saxon Lodge No. 343, in 1908. 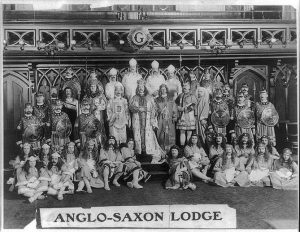 In fact, according to correspondence letters Crowley was put in the middle of a Masonic power struggle that is speculated to turn Crowley to the “Dark-side” of Freemasonry and what others call, “Fringe Freemasonry.”

Crowley’s followers claim the “Authentic Masons” are really an extension of the Ancient Egyptian School of Mystery operating since its origin under a variety of assumed names, one being Masonry.

Stressing that the essence of what is Freemasonry is its light and dark “Majick” that is interconnected to the Hermetic Order of the Golden Dawn. This was an organization derived from the Rosicrucian’s just as is Modern Freemasonry, founded in London, in 1717.

Crowley was a member of Golden Dawn, since 1898. We know this based on William Butler Yates, the poet, being one of Crowley’s famous rivals within the London Golden Dawn group.  Golden Dawn inspired Hitler to become an occultist and his creating the infamous Swastika synonymous with National Socialist Party aka Nazi Party.

On a visit to Egypt in 1904, to determine for himself if the Ancient Egyptian Schools of Mystery are the origin of Rosicrucian’s and thus, Freemasonry, Crowley recorded his mystical experiences. He wrote The Book of the Law, a prose poem he claimed had been dictated to him by an ancient spirit. 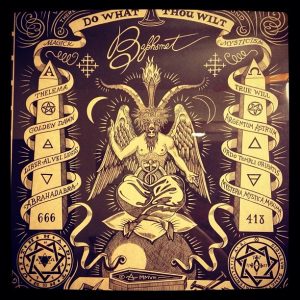 In The Book of Law, Sir Aleister Crowley formulated his most infamous belief — “Do what thou wilt shall be the whole of the law.”

This view was nothing new given the French author Francois Rabelais had expressed this three centuries before Crowley in Rabelais’s works Gargantua and Pantagruel.  However, a newsworthy difference does exist between them. Crowley formulated a Masonic culture around it, called Thelema — that being the Greek word for “will.”

Notably, The Book of the Law by Aleister Crowley became the accepted scripture by the Ordo Templi Orientis (“O.T.O.”), an Academia Masonica, within which high-grade Freemasonic degrees could be conferred in German-speaking nations.

The Ordo Templis Orientis, was founded, in 1895, by high-ranking Masons, Karl Kellner (1851–1905) a wealthy Austrian industrialist, and Theodore Reuss.

In fact, Sir Aleister Crowley was placed in charge of Academia Masonica for Great Britain and Ireland, and was advanced to the X° (tenth degree). The appointment included the opening of the British section of Ordo Templi Orientis, which was called the Mysteria Mystica Maxima or the M?M?M; according to Francis King, The Magical World of Aleister Crowley (pp. 78–81)

Crowley was granted the title of “Supreme and Holy King of Ireland, and all the Britain’s within the Sanctuary of the Gnosis.” Within the year, Crowley had written the Manifesto of the M?M?M: which described its basic ten-degree system with Kellner’s three degree Academia Masonica forming the seventh, eighth and ninth degrees.

In 1913, Crowley composed the Gnostic Mass in Moscow, which he described as being the O.T.O. “central ceremony of its public and private celebration.”

In 1914, Crowley moved to the United States, where he was writing for pro-German newspaper The Fatherland. It was around this time that Crowley decided to integrate Thelema into the Masonic Ordo Templi Orientis system, and in 1915 prepared revised rituals for use in the M?M?M:

In 1919, according to a letter written by Crowley he establish the O.T.O. in Detroit, Michigan but was rebuffed by the Council of the Scottish Rite, that stated this rejection was on the basis that Masonic O.T.O. rituals were too similar to orthodox Masonry.

After the war Crowley moved to the Italian island of Cefalu, off of Sicily, founding there his “Abbey of Thelema” an alleged Masonic related order steeped in human debauchery. 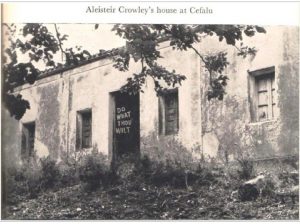 It is during this time period that Crowley composed his novel The Diary of a Drug Fiend (1922). This ended up alleged to be not a fiction but based on the actual death of a young follower participating in sacrilegious rituals (hinted at being Masonic rituals). This led to major media denunciations of Crowley in the British popular press declaring him the “wickedest man in the world.”

The public scandal culminated in soiling Masonry reputation and Sir, Aleister Crowley’s expulsion from Italy in 1923.

In 1925, during a “tumultuous Conference of Grand Masters,” Crowley was officially elected as Outer Head of the Order (or O.H.O.) by the remaining administrative heads of Ordo Templi Orientis and returned to England, gaining a reputation in the early 1930s teaching occult “Magick.”

In 1944, The Book of Thoth by Sir Aleister Crowley is published in which he interpreted a new tarot card deck called “Thoth” designed in collaboration with the artist Frieda Harris, and this led to speculation and gossip Grand Master Masons are entrusted with the secrets of the Tarot Cards. 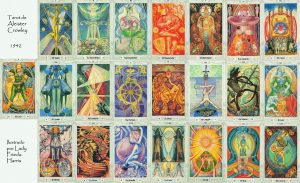 In the 1970’s, Aleister Crowley was transformed into a pop culture icon – popularized by the Beatles who put Crowley’s picture on the Sgt. Peppers Lonely Hearts Club Band album cover along with Led Zeppelin guitarist Jimmy Page, having purchased Crowley’s home near Lock Ness, in Scotland.

Notably, Crowley’s reputed history of turning to the Dark Side is alleged to be the basis of the Darth Vader character in George Lucas mega 1980’s film, Star Wars 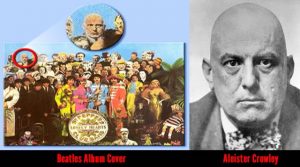