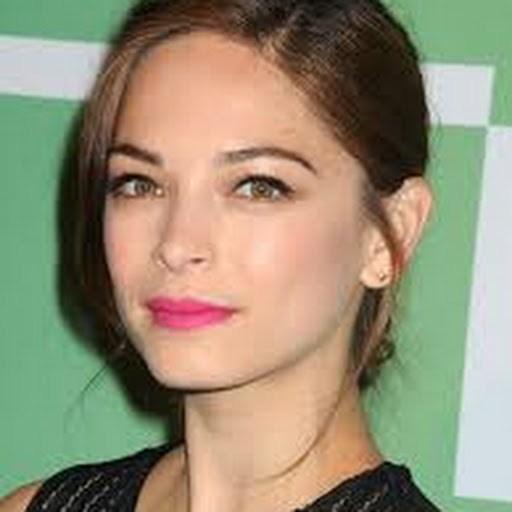 Canadian actress Kristin Kreuk left Nxivm in 2013 — at least that’s what three former High-Rank members of Nxivm told me. Each spoke independently. Each had the same opinion: Kreuk left in 2013. With indictments and convictions of top Nxivm leaders, former High-Rank Nxivm members are speaking to Frank Report more than ever before. “Yes, […]

Each spoke independently. Each had the same opinion: Kreuk left in 2013.

With indictments and convictions of top Nxivm leaders, former High-Rank Nxivm members are speaking to Frank Report more than ever before.

“Yes, Kristin Kreuk left in 2013, in the first half of the year,” said one former Nxivm High-Rank. “I remember Nancy Salzman telling some of us privately that Kristin left because she was worried that the stories about Keith and underage girls might harm her career. She quit. It was quiet and sort of amicable. Keith did not go after her. He let her go quietly. Of course, she did not tell Keith why she was leaving. But Nancy knew.”

It appears Kreuk stopped trying to recruit members into Nxivm after the Jim Odato series in the Albany Times Union, and especially after his story, In Raniere’s Shadow, came out in February 2012. In that expose, Heidi Hutchinson, Gina Melita, Rhiannon, and Toni Natalie went on the record about Keith having sex with underage girls and his raping Toni.

It took courage to go on the record exposing the villainous Raniere – especially with Bronfman millions at his disposal that could re to be used to destroy enemies. Yet a lot of people thought that story would put an end to Raniere’s reign of terror.

It didn’t and the women who went on the record were justifiably mortified and fearful that he would seek revenge.

As far as Kreuk was concerned, it was a viable warning sign; she seems to have intelligently recognized that her continued connection to this group would be ruinous to her career.

Whether Kreuk believed the pedophilia stories were true or not is unclear. Several Nxivm members told her that Odato’s stories were lies and that Hutchinson, Melita and others were paid by the Times Union to make up false stories about Keith.

Of course, that was nonsense.

Still, whether she believed the stories of his pedophilia or not, at least Kreuk had enough self-preservation instinct to distance herself from the cult.

Another former High-Rank of Nxivm said, “Kreuk sent a polite letter of resignation, not giving any reason for quitting other than she had too many acting commitments to continue to participate in any meaningful way. As I recall, she started working on the TV show Beauty and the Beast about six months before and was actually pretty busy. Too busy, she said, to continue participating in Nxivm.”

At the time she purportedly quit, somewhere around March 2013, Kreuk was a certified coach in Nxivm and her name was being used by others in Nxivm to help recruit people.

Her email made it official: She hoped this would discourage others in Nxivm to use her name as an active member.

According to sources, Kreuk did not condemn, question Keith about his alleged pedophilia or criticize Nxivm. She quietly left and made it clear she would make no public statement.

A third High-Rank source, who was friends with Allison Mack and Kristin Kreuk said it wasn’t until after Kristin left Nxivm that Allison and Keith started having intimate relations.

“I’m pretty sure Allison did not have sex with Keith until after Kristin left,” the source said.

Another source told Frank Report that Keith insisted that Allison provide him with collateral before he consented to have sex with her.

Whether the collateral preceded Allison’s first foray with the evil one is unknown. It is known that at some point she gave Raniere ample collateral including graphic nude photos, confessions that were meant to destroy her parents, siblings and their children’s lives, the transfer of assets and the promise to give Raniere custody of any children she might birth.

Whether Keith’s decision to have sex with Allison was his way of trying to ensure that at least one Smallville actress – Allison – stayed close to NXIVM – or whether the time or opportunity happened to be right for both of them is unclear.

Other sources told Frank Report that Keith had sex with Clare Bronfman only after it seemed that Sara Bronfman might slip away. [She married Basit Igtet and moved to England]. And Keith had to ensure he had control of at least one Seagram’s heiress who would spend her last dime funding his madness.

Several Raniere harem members in Albany told Frank Report they could always tell when a woman was being bedded by Raniere:

The woman started losing weight, grew her hair long, and began severely dieting. She would be very concerned about her weight.

It has been said that a woman who started sleeping with Raniere would lose her radiance and acquire a pallor, a “grey around the gills” look. She would be seen to look pensive and eager and alternate between brief bouts of happiness and long periods of despair. She would be constantly working on her “issues.”

Allison Mack, her friends told me, would spend hours, even weeks, waiting for Keith to come see her and would nervously ask other harem members if they had seen him and express anguish over his prolonged absences. She reportedly would stand outside her door in Know Woods or peer out the window to see if he was walking by on his many excursions and what woman he was walking with.

Allison suffered a lot after she started having an intimate relationship with the monster. And it grew worse as the years went by.

On the other hand, Kreuk was never seen to have acquired this ugly grey aura that seemed to come with the touch of the monster.

Asked if Keith ever had sex with Kreuk, one High-Rank member, who lived in Albany, said, “Absolutely not!! Kristin was not around much. She was more connected to Vancouver and you had to be in Albany to know what was going on. Even then not everybody knew.

“Keith was a master at secrets and getting others to keep secrets. But I am certain, 100 percent certain, that Kristin Kreuk never had sex with Keith. She was much closer to Nancy.”

With three Nxivm leaders saying Kreuk left in 2013, it seems she was telling the truth when she tweeted in 2018, shortly after Raniere’s arrest, that she left Nxivm about five years ago.

Finally, from yet another former High-Rank, there was a great deal of pressure exerted on Kreuk in and around 2007-08 – from a certain individual in Nxivm to have Kreuk’s father – who managed her money – relinquish control and have her money managed by Keith Alan Raniere.

I won’t mention the individual who spearheaded the effort to get Kreuk to turn over her money to Keith because the individual said he/she left Nxivm and is recovering from damage done by association with the vicious cult and the monster Raniere.

Back then, a lot of pressure was placed on Kreuk, my source says, as if it was some sort of betrayal of trust and lack of tribute to Keith that she did not trust him to invest her money wisely.

Fortunately, Kreuk and her father, evidently, resisted those efforts.

In April 2009, after the attempt to get Kreuk to turn her money over to Raniere, Barbara Bouchey left Nxivm. Subsequent litigation against her led to the revelation that Keith lost $66 million of Bronfman money in commodities, and was on the high road to losing another $26 million in a Los Angeles real estate deal run amok.

Click here to post a comment
Rhiannon wants to testify — Prosecution wants judge to allow testimony of Raniere raping her when she was 12
Heidi: Clare Bronfman plea deal an outrage to justice