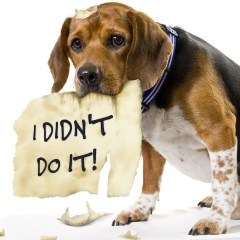 Looks like it was a good idea to call in 500 potential jurors. Dozens of would-be jurors in the trial of the U.S. v. Keith Alan Raniere have already been excused during the first two days of jury selection. And more are trying to get out every minute. About half of the roughly 80 potential […]

Looks like it was a good idea to call in 500 potential jurors.

Dozens of would-be jurors in the trial of the U.S. v. Keith Alan Raniere have already been excused during the first two days of jury selection. And more are trying to get out every minute.

About half of the roughly 80 potential jurors who were interviewed by Tuesday were cut from the first round.

The trial is expected to last six weeks.

Naturally, quite a few don’t want to be sitting in a jury box Mondays through Thursdays from May 7th – when the trial starts – until on or about June 20th – when more or less – it is expected to wrap up -and then, after that, go into deliberations.  [Although some think deliberations won’t last too long.]

During the trial, it won’t be fun either.

The jurors have to meet each morning in some secret place and then be escorted to court together by US Marshals. They are virtual prisoners by day – since they will be semi-sequestered. They can’t even leave the building for lunch – unless escorted by Marshals.

The idea is they need protection from, presumably, the media and possibly from Bronfman money or some other influence.

The jurors can go home at night but, again, they have to go through the elaborate routine of leaving with US Marshals to some designated secret place – all together – and then, once there, they can separately head for home.

Chances are the jurors will be warned by the judge not to read any media about the case – an admonition that may or may not be obeyed.

Borrowing from her report, and others, it appears that people are trying to get out by using the standard excuses.  A number of them said – and no doubt truthfully – that they would not be paid by their employers when they don’t show up for work – and wished to get out of serving based on financial hardship.

One man said he did not want to view sexually explicit material out of fear that it would shake his Christian beliefs.

He said to the judge, “I do not want to know about these organizations. [My] conscience says, ‘I don’t want to listen.’”

U.S. District Court Judge Nicholas Garaufis seemed annoyed by his comments and said no one was asking him to buy into any belief.

A woman with a Spanish accent said she was afraid of “spirits and voodoos” and, on top of that, was not sure if she could get past the forced-labor Raniere allegedly orchestrated.

“I’m afraid of rituals and bad spirits,” she said.

She later admitted that serving on the jury would be an “inconvenience.”

“There’s a lot of things I have to do at home,” she said.

So who would want to serve – put aside your life for weeks – and for what reward?

You get to sit in the same room as Vanguard for an estimated 24 days of trial.

There was a time when hundreds of people paid $2,000 and more each year for the privilege of celebrating Raniere’s birthday for 10 days. And even then he didn’t show up until day five. [And most of the time after, he was holed up with various long-haired, super-slender, garlic-free, young hotties in his cabin in the woods.]

People vied with each other to get a few minutes with the lordly one then.

Now, today, prospective jurors are cooking up excuses not to be near him. And they don’t have to pay either.

Jurors will get $50 per day, plus reasonable transportation expenses and parking fees.  And, if they serve more than 10 days, the daily rate goes up to $60 per day.

That sounds pretty close to Nxivm wages.  And jurors will not be required to take Nxivm classes.

Nor will they have to kick-back some of what they’re paid to Clare Bronfman.

Still, one by one, many prospective jurors are seeking to get out of serving.

A music licenser told the judge that her employer could not get by without her.

When that did not seem to cinch the deal, she said she had very strong feelings on abortion.

One of the questions on the juror questionnaire concerns abortion.

That question is: “There may be evidence in this case about abortions. Would hearing about that type of evidence affect your ability to serve as a fair and impartial juror in this case?”

Over the years of his grandeur, Raniere required his slaves and harem members he impregnated to have abortions. His attorney, Marc Agnigilo, admitted during a sidebar conference on Monday that the were dozens of abortions.

That means at least 24.  Can you imagine what it would be like today if Raniere had strong feelings against abortion?

There’d be dozens of avatar children running around, spouting word salad, and perhaps growing up to have harems of their own.

As for this potential juror – when even the abortion angle was not a cinch to get her out – the music licenser insisted she was uniquely repulsed by allegations of child sex abuse.

The latter excuse seems to be a favorite for prospective jurors since a number of them seem to be especially repulsed by that and hoping to get out of being selected for that reason.

I wonder how that would work in a murder case? I mean if a juror was especially repulsed by people murdering other people would that be a reason to be excused?

There is an easy way to get out

One prospective juror who admitted to following the case too closely was already excused. He knew too much about Allison Mack.

If I were advising a prospective juror who wanted to get out of serving on the jury in this case, I might simply tell them to say they’re a regular reader of the Frank Report.

Another simple way – which will work on any case – is to say you believe in jury nullification – that the jury can judge the facts AND the law.

It is true of course. The jury has the power to judge the law and the facts – and the framers of the constitution and the founding fathers believed implicitly in the power of juries and in jury nullification – as the quintessential safeguard of liberty. But no judge today and no prosecutor wants a juror to know this.

Yet this is the dirty little secret of government prosecutions and trials:  They don’t want jurors to know their true legal rights – that they can nullify any law on any prosecution – on a case by case basis by simply voting to acquit – if they don’t believe the law is just or that the law was not applied properly in the instant case.

It is a cherished freedom that most are too in ignorant to know and a government – creeping steadily towards totalitarianism would never want you to know it.

If you say you believe in the rights of jurors to nullify the law, you’re out of serving on a jury – especially in federal court.

Whether you believe in abortions or not, or spooks and goblins, whether you’ll lose your house or your husband will run off if you have to serve on the jury, none of that may matter. But tell a judge that you actually know your legal rights as a juror and that you understand the true historical role of a jury – and that you are familiar with jury nullification and you endorse it and intend to deliberate judging both the law and the facts – and you’ll get bounced so fast from jury duty you won’t know what hit you.

Just utter the words “jury nullification” and you’ll scare the judge right out of her britches.

And that’s not funny. It a national shame.

The framers of the constitution meant for the government to fear the people and not vice versa. That was the idea of jury nullification.