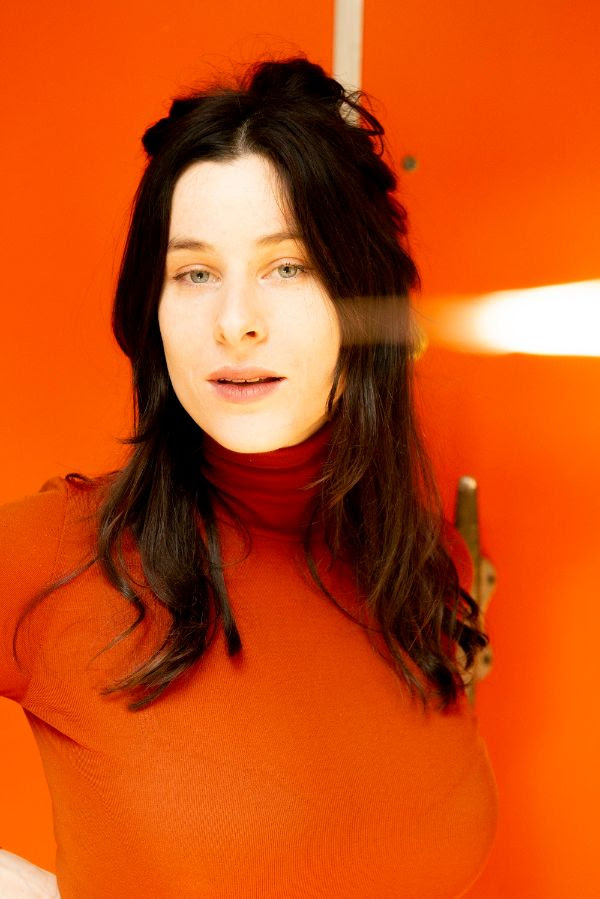 Buzzy Lee (Sasha Spielberg) shares Buzzy Lee and Tommy Mandel’s “Close Encounters of Their Own Kind” Part I. Produced by Justin Raisen, the EP will be released on Raisen’s new KRO Records label he founded with Lawrence and Yves Rothman. “It’s a body of work that sounds like if you were walking along a beach and found a buried cassette tape in the sand that was all sunbaked, warped and wet, but you decided to put into your tape player anyways and for some strange reason it actually worked.” It is Part I in a trilogy of EPs introducing listeners to the world of Buzzy Lee and Tommy Mandel.

The project began last summer while Spielberg and Raisen, both songwriters since childhood, were trying to figure out a more refreshing way to work together. While sharing 70s and 80s afro-disco cassettes and other rarities, they stumbled upon the 1979 album Mellow Magic by Tommy Mandel. Abandoning Spielberg’s usual approach to songwriting, Raisen began chopping up Mandel’s tracks into loops, warping and bending them, while Spielberg ad-libbed lyrics into an SM57. Knowing they were onto something special, Raisen tracked down Mandel and earned his blessing. The creative process continued from there – Spielberg vowing not to listen to the entirety of Mellow Magic but only the fragments created for her songs so as to not be influenced by Mandel’s original material.

Throughout the recording session, Spielberg and Raisen learned of their shared Ashkenazi heritage (49.1% each according to 23andme). This led to deeper conversations about their personal lives with Spielberg remarking, “One of my least favorite things is having my full name called out at the pharmacy. I always try to cut them off before they can say ‘Spielberg.'” She pokes fun at the situation while experiencing anxiety for the attention around her last name. “All I’ve really been working on since I was a kid is music, but sometimes I feel like I’m an imposter or something…” she says. “Aside from Sasha being one of the nicest, funniest people I’ve ever met who you can tell cherishes her family and friends, the main reason this bothered me was because of how incredibly talented she is as a singer, artist, and writer. Yes, I’m a human first, but my occupation is a record producer, and I don’t work with artists I don’t believe in because that wouldn’t be fair to them,” declares Raisen.

The first single, “Sundown Queen,” is available to stream now. Buzzy Lee and Tommy Mandel’s “Close Encounters of Their Own Kind” Part I is out now. At Raisen’s suggestion, the EP artwork is a photo of Spielberg and her father, while the title riffs on her favorite movie of his, Close Encounters of the Third Kind. The tribute points to their great relationship while signaling the differences in their lives and passions.