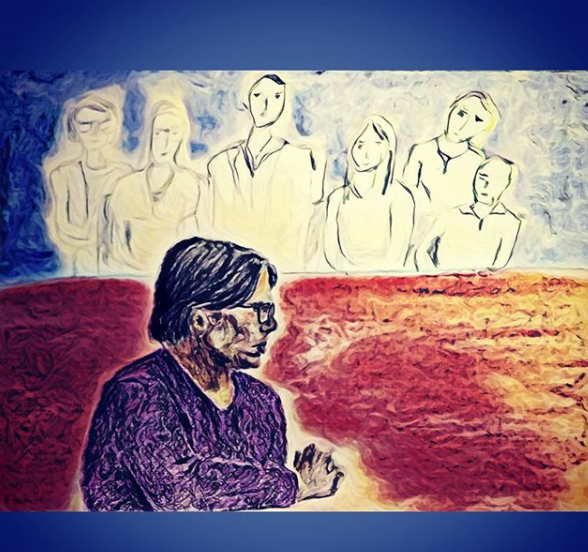 In his most recent filing in the case, Keith Alan Raniere’s lead attorney, Marc Agnifilo, disclosed that he does not plan to put on a case for the defense. As it stands now, Raniere will not take the stand and Agnifilo will not call a single witness for the defense. Raniere’s entire defense, his sole […]

In his most recent filing in the case, Keith Alan Raniere’s lead attorney, Marc Agnifilo, disclosed that he does not plan to put on a case for the defense.

As it stands now, Raniere will not take the stand and Agnifilo will not call a single witness for the defense.

Raniere’s entire defense, his sole hope of not being convicted, will consist of the cross-examination of witnesses called by the prosecution and opening and closing statements made to the jury.

If this holds true, the jury will never hear the voice of Vanguard before rendering a verdict.

This could change. The defense always has the right to change its mind and put on a case after the prosecution rests.

This surprise revelation was prompted by government discovery demands.

Agnifilo writes, “At this point in time, Mr. Raniere does not plan to put on a case-in-chief and therefore does not have any statements of any potential defense witnesses in our possession to provide to the government. If based on the presentation of the government’s case in chief, this position changes, we will adapt accordingly.”

There is another thorny discovery issue at stake here.

Raniere will not put on a case of his own, but merely try to pick apart the prosecution’s case by cross-examining witnesses and, therefore, he has no obligation to provide documents he plans to admit as evidence in connection to witnesses he plans to call, since he plans to call no one.

At issue, however, is whether Raniere is required to disclose to the prosecution, prior to the start of the trial, what documents he will use in cross-examination of their witnesses.

The government is seeking an order from the Court to require Raniere to produce documents he will seek to admit during the cross-examination of their witnesses.

Raniere has objected to having to produce documents he might use during cross-examination, since it would require him to reveal defense strategy before a witness testifies.

“[T]he defendant should not be required to preview his cross-examination of government witnesses, which would violate his fundamental right to Due Process …. there is no requirement—statutory or otherwise—to compel a criminal defendant to provide discovery or notice of the materials he intends to use to cross-examine government witnesses during the prosecution’s case in chief.”

If the judge rules Raniere has to disclose what documents he intends to use in cross-examination, the defense will have to guess at what the witness will testify about.

Again, if Raniere has to disclose what documents he intends to use in cross-examination, he will also have to guess who is testifying.  The government has not told Raniere what witnesses are testifying.

Agnifilo writes, “[T]he government has produced §3500 material on 125 individuals, but will not give Mr. Raniere a witness list. It is impractical and a hardship to expect Mr. Raniere to produce discovery relating to all of these witnesses, when a vast majority will likely not be called to the witness stand.”

From this we learn that the prosecution may call some or all 125 witnesses, since they provided §3500 material to the defense on 125 people.

We await the judge’s ruling on whether Raniere will have to produce documents he plans to use in cross-examination of witnesses in advance of trial.

Meantime, it’s surprising that Raniere will not call any witnesses – not a single follower, not an expert witness or even a character witness to testify for the defense.

And he, by self acclamation, the smartest man in the world, will not testify.

One noted defense lawyer told Frank Report that in almost any criminal case, if the defendant does not testify, he will be convicted.  It’s a sure-fire recipe for conviction.

Juries like to hear from the person they are to judge. They form – it’s human nature – a natural prejudice against a defendant who does not testify.

This is so obviously true that the judge will actually instruct jurors that, “Under the law, a defendant need not testify. If a defendant does not testify, the jury may not consider that fact in any way in reaching a decision as to whether a defendant is guilty or not guilty.”

On the jury questionnaire for the Raniere case, the point above is made and potential jurors are asked, “Would you have any difficulty following this rule of law?”

It’s hard to imagine Keith Alan Raniere AKA Vanguard will go though seven weeks of trial, sitting there silently, and be able to resist taking the stand to explain why he should not be convicted of any of the pending charges against him.