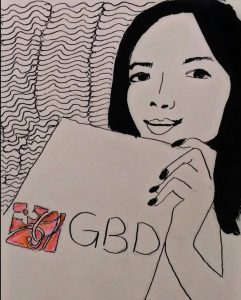 An anonymous commenter writes, “Girls By Design is dirty as fuck. Kristin Crook and Kendra Voth wanted to relaunch it in 2013, a year after the pedophile expose.”

Seriously, “dirty as fuck” — they wanted to relaunch GBD from the same platform AFTER the Albany Times Union 2012 pedophile revelations?!

Are you sure it wasn’t an effort to revamp GBD without Keith Et. Al.’s influence? Maybe do something closer to Kristin Kreuk’s understanding of the intent of it after she learned she was being used and deceived? Which she would be wise to reveal, if so, IMO — lest it be interpreted otherwise?

That doesn’t even make sense from a business point of view for god’s sake unless you’re TRYING to cater to diddlers and, even then, you’re already busted!

GBD is actually still “a thing” online which infuriates me. Last time I checked this company is still in business too.

Initially, I thought they didn’t dissolve the company or take down the GBD website because doing so might be perceived as an admission of guilt or knowledge that this company was (or is) essentially a recruitment tool for pedophiles like Keith Alan Raniere.

Now, I’m suspicious that someone wants keep the GBD company going and, just maybe, the diddlers $$$$$ coming in.

I was just talking about this with a prominent journalist yesterday who asked me and I told the plain truth as I have previously on Frank Report.

I know and can prove everything about GBD (and, btw, every offshoot NXIVM company including the DOS precursor JNESS), the “Sexy 7,” the GBD website — it is ALL straight out of KAR’s pedophile, “fuck toy,” sex slave-maker playbook!

One he starting writing from his earliest child conquests back in the mid-1980s onward.

Few know what a swath of destruction KAR cut through in the 80’s and 90’s — devouring a number of pre-teens and teens in the Albany area — in his pedophile, predator pathology.

I read the GBD “sexy 7” lines, for instance, and it’s like it came straight out of my sister Gina’s head at the age of 14 – 21 when KAR successfully seduced her and many of her underage or barely-of-age friends.

Except the “tee-hees” — I don;t known where those came from – and I shudder to think what age group those were targeted at.

So take that, Sultan. You ain’t getting my VPN. ?

Geared toward teen and preteen girls, Kristin Kreuk and Kendra Voth had 7 sexy questions to ask the little girls on their website Girls By Deign. Keep in mind that the girls that this survey is intended for are under the age of consent to have sex. Yet they are asked to answer the 7 sexy questions:

“GBD wants to know your answers to the 7 sexiest questions…tee hee!

“Send in your answers via video, audio, or text to:  info@girlsbydesign.com.  Don’t forget to write “SEXY 7? in the subject line.”