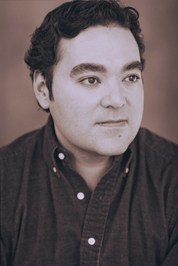 By Omar Rosales Esq. On February 14, 2019, Governor Andrew Cuomo of New York signed the New York Child Victims Act (CVA) into law. The CVA extends the statute of limitations to prosecute child molesters in New York State and provides a one-year window for victims of child abuse to file lawsuits against their abusers […]

The CVA extends the statute of limitations to prosecute child molesters in New York State and provides a one-year window for victims of child abuse to file lawsuits against their abusers and the institutions who allowed the abuse to continue.

The legislation was a culmination of over 15 years of dedicated work by advocates and victims of sexual assault survivors to bring justice to the survivors of sexual abuse. For many years, the law was stalled in the New York Assembly by efforts from the state Catholic diocese.

However, Governor Cuomo noted that Pope Francis’s new efforts to address the sex abuse scandal and allow victims to seek assistance from Courts turned the tide in the bill’s favor.

1) The statute of limitations for victims to file civil lawsuits has changed. Previously, victims had to file a lawsuit by age 23. Now, victims are allowed to file lawsuits up until the age of 55.

2) If a victim did not previously sue by the time they were 23, they will have a one-year window of opportunity to sue the abuser and/or institution that employed the abuser. The window begins on August 14, 2019.

The institutions that employed the abuser are now liable. These include churches, schools, camps, Boy Scouts of America, and other institutions. This is important because, in many instances, the abuser worked under the cloak of a provider and was a person placed in a position of trust over the victim. Also, many times, the institution knew about the abuse but attempted to hide the crimes or discredit the victims.

The institutions also tend to own property, assets, accounts that can be seized to satisfy a judgment. Whereas the abuser probably does not have the money to cover compensation for the victim, the institution can provide monetary compensation.

The Archdiocese of New York recently published a list of credible abusers in its ranks. The list can be accessed here: https://archny.org/list

Anyone who may have been victimized by these abusers is encouraged to contact an attorney to begin litigation within the one-year window starting on August 12, 2019.

Other Catholic church administrations including the diocese of Buffalo, Albany, Brooklyn, Ogdensburg, Rochester, Rockville Centre, and Syracuse are expecting claims and are aware of the Child Victims Act.

How Applies to NXIVM and ESP, Inc.

Anyone who was a child victim of Keith Raniere is encouraged to seek legal assistance to begin a lawsuit in August 2019 against the group. Now, the facts show that the corporation known as ‘ESP, Inc.,’ and functioning as ‘NXIVM’ was not fully compliant with the corporate laws of New York during is existence. The company’s registration lapsed, tax returns were not filed, and tax returns may have been faked. Thereby, the corporation may not be a valid entity to shield its Directors and leaders from liability.

If those facts are presented to a jury, that the organization’s leaders engaged in racketeering and the ESP, Inc., corporate structure did not exist or was negated by criminal activity (or failure to file reports and tax returns), then the Board members can be sued under the New York Child Protection Act as being the ‘institutional actors’ that allowed Raniere’s abuse to continue.

Therefore, a new wave of lawsuits is expected against Sara and Clare Bronfman since they were the prime benefactors and funding source that allowed Keith Raniere to prey upon young girls. Regarding their respective locations: Sara Bronfman currently resides in the Provence Region of France and is attempting to avoid efforts to be returned to the United States. Clare Bronfman is currently under house arrest in her apartment in Queens, New York as she awaits sentencing on Federal charges of harboring an alien and identity theft.

If you feel you might have a claim under the Child Victims Act or would like more information, feel free to contact my office at (646) 405-6369 or email me at omar@owrosales.com