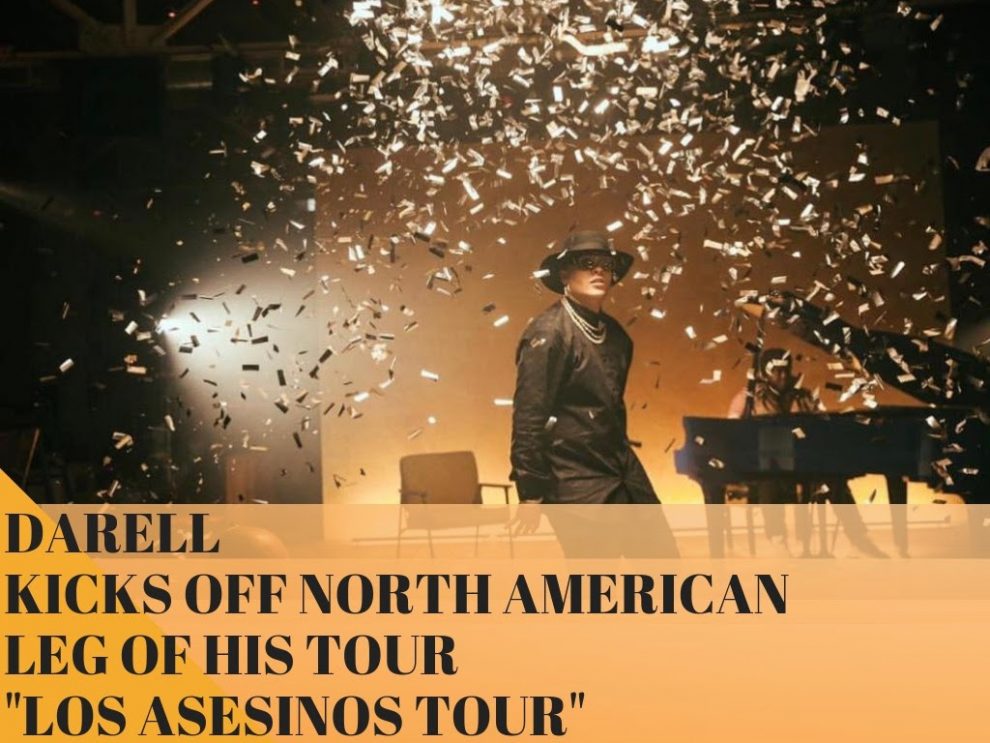 After back to back wins for song of the year in Latin Billboards, DARELL is ready for a 15 dates tour. The latin urban artist, announced that on Thursday, May 4, he will start the first part of his tour, “LOS ASESINOS TOUR” in the US, alongside Brytiago. Darell will bring his music to cities such as Chicago, Los Angeles, San Antonio, Orlando, Nashville, Phoenix among others.

“Los Asesinos Tour” consists on 25 concerts where 15 of them will take place in 12 states in a time period of 31 days. Chicago will premiere this expected tour after Darell’s success at Madison Square Garden during his presentation at the Mega Mezcla concert in New York. Fans of urban music are ready to sing and danceDarell’s songs, especially his new single, “FUMETEO”, which has more than 5 million views on YouTube.

Darell has recently returned from Las Vegas with 3 Latin Billboards awards in the categories, “Hot Latin Song: Song of the Year”, “Hot Latin Song: Vocal Collaboration of the Year” and “Song of the Year, Streaming” for his global hit, “TE BOTÉ REMIX”. The singer has stood out as one of the most powerful artists of the times with his singles “Caliente”, “Otro Trago”, “Vacía Sin Mi” and “Verte Ir” and has collaborated with international artists such as Farruko, Sech, Ozuna, Dj Luian, Anuel AA, and Mambo Kingz.

Darell and Brytiago are more than excited with a tour that will continue to mark the presence of Reggaeton in the United States.