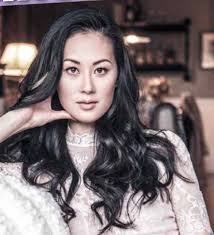 According to an article found on Press Reader –  from the print edition of the Vancouver Sun of October 11, 2014, “Vancouver actress Olivia Cheng was inspired to empower Asian- Canadian women.”

Scratching below the surface, some might want to examine just how Olivia wanted to empower Asian-Canadian women.  Was it similar to how Allison Mack wanted to empower women in DOS – with a cauterizing pen and collateral?

Perhaps it was like how Kristin Kreuk and Kendra Voth wanted to empower teens and preteens – ‘tee hee’ – with her Sexy 7 questionnaire for Girls By Design.

Or how women were to be empowered with Jness, the Source, SOP, or Nxivm intensives.

According to the 2011 Nxivm Coaches list, published by John Tighe via his blog Saratoga in Decline, Olivia S. Cheng was referred to Nxivm by Nicki Clyne. Cheng achieved the rank of Yellow, 2 stripes – on the Stripe Path of Nxivm. Her coach was actor Mark Hildreth.

Cheng held the same rank as Kristin Kreuk – Yellow with two stripes – which qualified Cheng to be a top Nxivm coach. Hildreth was ranked above her, having achieved the rank of Orange, 0 stripes  – which made him a proctor.

As for Clyne, back in 2011, she was a Yellow with 4 stripes. Six years  – and several hundred thousand dollars in Nxivm courses – later, Clyne rose two steps higher on the stripe path to the rank of Orange with one stripe.

Clyne’s future spouse, Allison Mack, in 2011 was a Yellow, Edge, 2 stripes.  Six years later, Mack rose three steps on the stripe path to an Orange Edge with one stripe.

Sometime after 2014, Cheng seems to have left Nxivm, since she is not on the Coaches List of 2018.

Here is the October 11, 2014 article about Cheng and One Asian in the Vancouver Sun.  My comments in [brackets and bold]:

Vancouver actress Olivia Cheng hatched the idea for One Asian in 2013, along with co-founders Alice Chen, a lawyer, and Josette Jorge, an actress who moved to Toronto.

[Another person probably hatched the idea, but his name is not mentioned in the article.]

The trio, who met while taking personal development courses–

“noticed that women of Asian heritage have a unique way of looking at the world, and unique strengths that are part of our cultural conditioning,” Cheng says.

Those traits can either hold women back or, she says, be deployed to empower them.

[Keith Raniere was a man who claimed he knew how to “empower women.”]

To illustrate her point, Cheng cites the typically recognized Asian characteristics of stoicism and respect for authority. Canadian employers can misinterpret such traits as disinterest or remoteness.

The challenge is for someone exhibiting these characteristics to turn them into something positive — showing a boss that a stoic, respectful person can dig in and get the job done, regardless of any hurdles.

[Nxivm had movie nights – showing movies Raniere wanted his followers to see. As for the formal weekend group discussions – I wonder if Keith Raniere was ever mentioned? Was Nxivm’s so-called technology ever presented – with the goal of recruiting Asian women into Nxivm? It is interesting also that the members of One Asian are called “clients.”]

The company charges fees for its events.

[Not surprising for a Raniere-related enterprise.]

While the enterprise aspires to become profitable, it is not there yet.

[Also not surprising for a Raniere-related business since surely he would have found a way to grab any profits.]

Women of Asian heritage “often feel isolated and disadvantaged, even at the height of their success,” a One Asian news release says, describing the company as “a pioneering organization for women of East Asian and Southeast Asian heritage (that promotes) the power of solidarity and sisterhood.”

Clients are mostly Asian–Canadians, but about 10 percent have moved here recently from Asian countries. Non- Asians are welcome and frequently attend group activities.

Cheng says she wants to avoid generalizations about cultural characteristics: “I absolutely recognize there is a universal quality to what I’m talking about.”

But, when pressed, she says women of Asian heritage often have been taught to keep their heads down and their emotions hidden.

“I struggle with the sense of being invisible,” she says. “There’s a Chinese saying: ‘ The one to fly from the flock is the one to get shot down.’”

Accordingly, the company uses a video in its coaching that promotes getting noticed and being admired, titled: “Stop being a workhorse and start being a show pony.”

[I wonder who came up with that title? What does it mean?]

Cheng says she personally knows “the pain of prejudice” and has been the target of discrimination, having been “verbally attacked by a complete stranger on the street who called me ‘ chink’, ‘ f—– g Asian.’”

When the three founders launched the One Asian webpage, she says, it became a target for “racially ignorant” postings. And when she tried to secure a Hollywood agency to represent her, Cheng says she was told, “we already have our one Asian girl.”

Cheng would like to see Asian women stand together, and be part of a sisterhood where each person is given greater confidence and made more culturally self- aware.

Even in a multicultural city like Vancouver, Cheng says, Asians often have the experience of being the only person of Asian heritage in their workplace, or at an event. One Asian counters that lonely experience by providing “an encouraging positive community of supportive sisters that can act as a personal board of directors.”

I asked Cheng if she thinks men of Asian heritage in Vancouver could similarly benefit from a supportive brotherhood and she nods: “Asian men have their own sets of prejudices and challenges to overcome.”

Of course, a lot of truth, no doubt, lies in what Cheng says in the Vancouver Sun article about prejudice against Asians. The world is filled with prejudice. But one thing missing in the article was the revelation that the likely inspiration for One Asian – was not an Asian and not a woman – but a man who called himself Vanguard – and claimed to be the world’s smartest and most ethical person. Readers of Frank Reportknow well enough he is Keith Alan Raniere, now in pretrial detention at the Brooklyn Metropolitan Detention Center and scheduled to go to trial on Tuesday, May 7, on a raft of charges, including sex trafficking, forced labor conspiracy, and racketeering.  He faces life in prison.

What was not implied in the Vancouver Sun article is that Olivia Cheng and her One Asian company was really most likely a recruiting tool for Nxivm and hatched for that purpose.

Cheng must have known this. She was deeply involved in Nxivm. She rose to become a coach with two stripes and that costs as much as hundreds of thousands of dollars.  It’s not cheap and it took years to become a coach.

She loved Nxivm, loved the tech. She had bowed in classes and given the secret handshake.  She thanked Vanguard hundreds of times. That would be required in order for her to become a Yellow with two stripes.

She was hooked and anything she would have done to recruit Asian women into something called One Asian would have behind it the deeper motive of sharing with women the blessed teachings of the  Vanguard – Keith Alan Raniere  -and his wonderful Nxivm technology.

She stayed with Nxivm and, hence, Raniere for more than two years after his alleged pedophilia was exposed by the Albany Times Union in their 2012 series Secrets of Nxivm, which included the most damning of stories In Raniere’s Shadows, which revealed allegations that Raniere raped numerous underage girls, one of them as young as 12 years old.

Cheng got away from Nxivm and, unlike other actresses – Kreuk, Mack, Clyne, Kristanna Loken, Ludwika Paleta and Grace Park – Cheng is nearly invisible as a member of Nxivm. Nobody associates her with the cult that brands women.

By 2017, the actresses still with Nxivm, subsequent to my revelation of DOS branding in June 2017, [[Branded Slaves and Master Raniere], were Mack, Clyne, Loken, Paleta, and Park [plus a few other Mexican actresses].

Edmondson and Piesse left with a zeal to protect others.  Cheng, Hildreth, and Kreuk slipped quietly away.

Edmondson showed her brand to the New York Times. Before that, she confirmed for me that the branding was true. She confirmed for scores of Nxivm members that my stories on Frank Report were true – women were actually being branded and enslaved.

Piesse participated in the New York Times story Inside a Secretive Group Where Women Are Branded that prompted the DOJ to investigate Raniere. She was the woman who told Catherine Oxenberg about her daughter, India, being branded [and that prompted Catherine to reveal to me that her daughter was branded – and, thereafter, begin a media campaign that crushed Nxivm].

It is likely that Piesse and Edmondson may be witnesses in the case against Raniere.

These two helped scores of members of Nxivm/DOS get out, save themselves and stop enabling the monster.

If Edmondson left with a big bang  – she really had a gigantic hand in destroying Nxivm – Cheng got out most quietly of all.  As for the notion that Cheng had to leave quietly because Raniere had nude pics of her that he could use as collateral, I think it is false.  The threat of exposing nude pics of Cheng would not have been compelling for her.  Cheng appeared in many nude scenes on TV.

At the same time she was promoting One Asian, she was appearing nude on Netflix.

According to Wikipedia:  In 2014, Cheng landed a role in Netflix’s series Marco Polo, produced by The Weinstein Company. It is a lavish television drama, one of the most expensive ever produced, about Marco Polo’s journey as he travels from his home in Venice to the court of Kublai Khan, where he finds himself in the middle of a war in 13th-century China. Cheng portrays Mei Lin, a concubine and assassin, the sister of Jia Sidao. Cheng joked in a December 2014 interview that owing to her frequent nude scenes in Marco Polo that she would not be watching the series with her parents, saying: “That would be so uncomfortable. I think if I did, the only benefit would be that I would fast-forward through my scenes and just give them the Cliffs Notes… I would just be like, ‘Here’s what happens. Next scene”

Olivia Cheng regularly appeared fully and graphically nude in Marco Polo – so it is hard to imagine Keith Raniere could hold nude graphic pics over her head as collateral. It also appears from the picture above that Cheng was off the DOS diet. By Raniere standards, Cheng is exceedingly plump. A search on the internet of Marco Polo and Olivia Cheng reveals plenty of graphic images of Cheng in her role in Marco Polo, engaged in lesbian sex, spread legged and, perhaps in defiance of Raniere  – with trimmed and less than fulsome pubic hair.

Nxivm had a pretty large cast of actors at one time.

The actors of Nxivm: [I’m probably forgetting some of them.]

Click here to post a comment
Guest View: Allison Mack Was 100% Victim – She Believed in Kristin Kreuk Who Led Her Deep into Nxivm
WHY NOT MAKE MEXICO the 51ST STATE…and (MAYBE) VENEZUELA a U S POSSESSION…SUBJECT to THEIR CITIZENS VOTING on the MATTER,of COURSE?