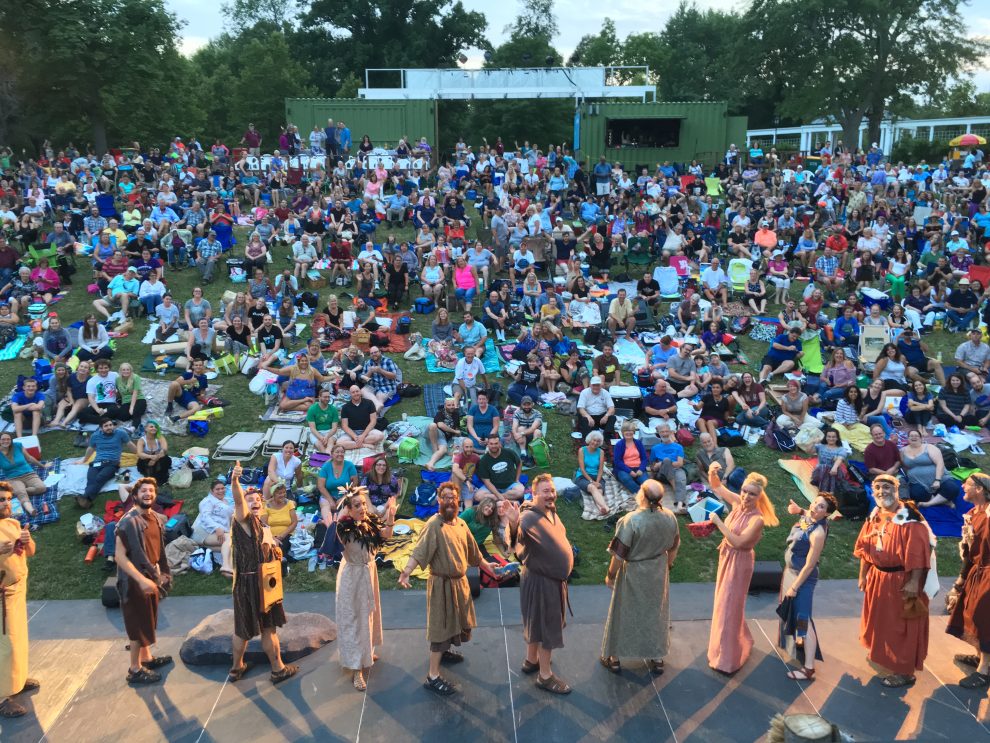 Shakespeare in Delaware Park will be celebrating their 44th season of free professional outdoor theater.  After this seemingly never-ending winter SDP is excited that summer is right around the corner and plan to break ground May 20th to install the seasonal stage.

Shakespeare in Delaware Park reaches over 40,000 audience members each season and is pleased to be celebrating 44 incredible years of high-quality professional theatre.  SDP proudly remains one of the largest and second oldest FREE outdoor Shakespeare festivals in the county. THE TEMPEST runs June 20th – July 14th with LOVES LABOURS LOST on stage July 25th –August 18th.  Performances are held every evening (except Mondays) at a NEW 7:15 p.m.  START TIME.   Shows take place on Shakespeare Hill in Delaware Park, next to Hoyt Lake behind the Rose Garden, off Lincoln Parkway near the Albright-Knox Art Gallery.