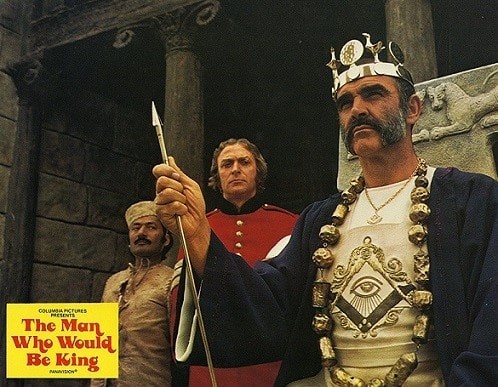 The observable reality in the world we live in is that filmmakers cater to a broad audience for a narrow (and often biased) message embedded in their works.

The filmmaker must provide something sufficiently valuable to its financial arms as well as potential audience to gain that necessary financial support to make a film.  This is why the truth is made a casualty in filmmaking.

Propagating falsehoods in films are an accepted reality, rationalized away as “dramatic license,” especially, with regard to portrayals of Freemasonry. Topically, flip flopped, vilified or glorified, often by the same filmmakers interested only in getting a project made.

To say the least, there have been several films that draw their plots directly by referencing Freemasonry or reference it in a sublime manner.

This occurs in all genre of film, from the 1915 comedy (remade in 1934) based on the play “Die Logenbruder” where two non-masons attempt to convince others that they are Freemasons, titled ‘Are You a Mason?’ and Johnny Depp’s horror-thriller, ‘From Hell,’ (2001) linking Victorian English Freemasons to notorious serial killer, Jack the Ripper.

In the light-adventure genre there is Nicolas Cage’s Disney blockbuster ‘National Treasure’ (2004), creating a story of America’s Founding Fathers and the supposed treasure of the Knights Templar handed down and protected by Freemasons.

In the suspense thriller genre, there exist The Da Vinci Code (2006) starring Tom Hanks, as Robert Langdon who makes a passing reference to Freemasonry near the end of the film when he describes the symbols to be found in Rosslyn Chapel.

In the genre of high drama, there exist The Godfather Part III (1990) that echoes of the Freemason 1981 Italian Propaganda 2 scandal and suspect murder of the Pope, as did fantasy genre film, The Imaginarium of Doctor Parnassus (2009) that presents perceived Illuminati –Masonic-Satanic symbols, used as a Masonic obscurity, where its Director/screenplay writer Terry Gilliam pays self-described homage to clandestine Freemasonry lodge Propaganda 2’s infamous, Roberto Calvi, (found hanged under Blackfriars Bridge on 18 June 1982), when Heath Ledger’s character Tony is found hanging under the same bridge.

In the action adventure genre, The Man Who Would Be King (1975) is a film that follows two rogue ex-soldiers that set off from late 19th-century Britain in search of adventure to end up in faraway Kafirstan, Afghanistan; where one, played by Sean Connery, is taken for a god and made their king. His wardrobe as King is overtly adorned with Masonic symbolism.

In the genre of Science fiction, Daniel Perez of Global Conspiracy claims George Lucas is a 33rd degree Freemason whose characters in Star Wars are thinly veiled depictions of Egyptian gods and symbolism that is part of the rituals of Scottish Rite Freemasonry.

By pointing out the similarities in costume and character, Perez makes a case that Anakin Skywalker is Osiris, Queen Amidala is Isis, Darth Vader is Seth, and Luke Skywalker is Horus.  Furthermore, Perez points out how there are even connections between vehicles in the Star Wars films to a series of hieroglyphics in the Abydos Temple in Abydos, Egypt, a temple for the worship of Osiris (Skywalker)!

Certainly, one can be inclined to believe Yoda takes on the persona of a Masonic teacher.

The Djed-eye (Jedi) seemingly comes from the Ancient Egyptian School of Mystery.

The Darth Vader character mimics occultist, Sir Aleister Crowley, whose reputed history in Freemasonry had been described as “turning to the Dark Side” by the British press whilst calling him the “Wickedest Man In The World.” 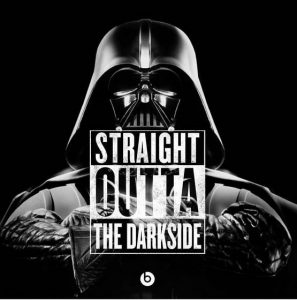 The idea of Jedi Knights and a round table is identifiable with Knights Templar as with the Jedi Council that, likewise, meet in a Temple; they have a Grand Master, Yoda, a source of enlightenment, strong leadership and wisdom, as occurs in Freemasonry.

In fact, “Skywalker” is the same name of the 13th Tzolkien in the Mayan calendar, the symbol of which looks just like the top of Luke’s flight helmet. The name Anakin appears to come from Anakim as per the Sons of Anak in the Bible and whereas, Darth Vader seems to be derived from the “Da’ath” black sephiroth in Jewish mysticism of Kabala, referred to in Freemasonry rituals.

Not to be overlooked there are the various levels, much like in Freemasonry:

Master Jedi, Jedi Knight & Jedi Grand Master – “a title for those who have advanced in the York Rite of the future” so ask Master Masons on the Masonic blog MidnightFreemasons.com, who draw exactly the same comparisons.

In another vain, the tongue-in-cheek Beatles film ‘Help’ presents a swift pun towards Freemasonry through its depiction of a class struggle going on at this time, in late 1960’s England. With the Beatles being portrayed the new representation of English culture and Freemasonry the personification of the aged ‘old-boy-network’ — a point of mockery during this transition, as many Television comedy sketches demonstrate.

The occult meanings and interpretations of many Hollywood movies is well understood by Masonic initiates, but purposely meant to bewilder the public, left clueless.

But nonetheless, the portrayal of Freemasonry in Cinema even in its most subliminal fashion influences the culture and mores of the age.  The power of art and cinema shapes peoples culture by influencing their way of looking at the world.

Just like the two pills offered Neo (Keanu Reeves) in The Matrix, each of us must be willing to choose to swallow what is the “pill of truth” from a “pill of illusion,” each version being in the hands of filmmakers.  Our choice becomes our reality. 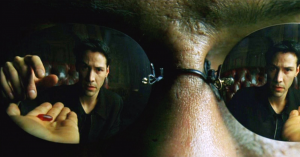