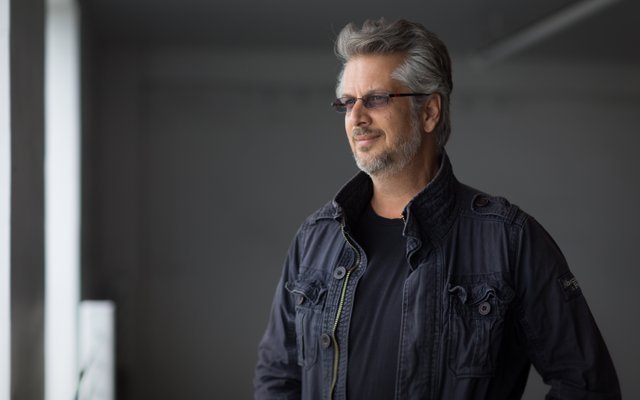 Not much new ground was broken yesterday afternoon as it was devoted to the cross examination of Marc Vicente by Marc Agnifilo.

This is a slow and tedious process.

Agnfiilo was trying to paint Keith in the best light and impeach Vicente.  Vicente held up pretty well. .

Agnifilo questioned Vicente on matters he already testified about.

Vicente elaborated on the Nxivm 9 – that they left in 2009, causing changes to Nxivm’s executive board

Vicente testified how the Nxivm 9 – led by Barbara Bouchey and Susan Dones we’re asking for money they said was owed to them and Vicente and others were told this was an extortion attempt.

Vicente was questioned about a letter he sent to the Saratoga County DA seeking Bouchey’s prosecution for extortion.

in the letter, Vicente wrote that Bouchey damaged the company and his ability to enroll people.

Vicente read the letter to himself to refresh his memory about what he had written.

Vicente was asked if he signed the letter. He said he did, but could not recall if he personally sent it or handed it to somebody else to send.

Agnifilo was more aggressive than I’d seen him so far.

He asked [paraphrasing] “You wrote a letter to the DA Saratoga County?  How old were you then?”

Vicente said he was 45 years old.

I thought Agnifilo was trying to show that Vicente was at a time of his life when he was perfectly capable of understanding what he was doing.

The letter said that Vicente was prevented from enrolling people and that he lost hundreds of thousands of dollars because of Bouchey.

Vicente said he’s not sure if he meant he lost potential or actual dollars.

Agnifilo pressed him hard along the lines of whether Bouchey had actually committed extortion.

Vicente answered he wasn’t sure of the facts..

Agnifilo asked, “Wouldn’t you want to be clear about the facts?”

Vicente said “I believed what I was told. I don’t remember whether I had the facts in front of me or if I was told.”

Agnifilo asked Vicente, who had written in the letter that John Tighe [former anti-Nxivm blogger] had committed character assassination, if he believed it were true.

Vicente “I think I thought so at the time.”

He was asked about the composition of the letter itself and whether he wrote it or not.

He could not recall with certitude.  He said, “to the best of my recollection it was a group drafting process with Kristin, Lauren and maybe Nancy.”

Often, when Agnifilo would ask a question, Vicente would say, “It’s more complex than that.”

Agnifilo would say, for instance, “You were very involved” or something like that and Vicente would answer, “it’s more complex than that.”

Vicente said he had concerns about how Nxivm was run but was still loyal to Raniere.  He was sent to do damage control in Tacoma after the Nxivm 9 left.  The Tacoma center was in danger of closing [and did close] because one of the Nxivm 9 – Susan Dones – had formerly run that center and was leaving Nxivm.

Vicente was questioned about Fiji. He admitted he took trips to Fiji.  Agnifilo was able to elicit that Vicente went willingly and took photos and videos there.

Vicente admitted he didn’t have to pay for accommodations; his only cost was food.

Agnifilo suggested Vicente enjoyed Fiji and had a great time on the beaches etc..

Vicente said, “I never said I had a bad time.”

Agniflo tried to introduce a better spin on Raniere – as a noble fighter for justice.

He played a video of Raniere speaking to SOP founders. I believe this was filmed in October 2012.

Raniere says [paraphrasing] ‘The stronger your commitment, the more powerful you are,” and that “commitment is a virtue.”

“This is a life commitment. Many years from now we’re all going to be here together.”

And that “We’re creating an order that will have tremendous power. We have to wield that power with noble virtue. This is the inner circle, you are the founding fathers.”

Keith said that having commitment run so deep, the deeper you have, the deeper, the stronger, the better.

Keith said “The more commitment I have, the deeper the stronger, the better, the more alive I feel.”

The SOP men were told by Raniere that they should become a force in the world by recruiting others who would commit as well, and they would influence politics and be a force for good.

There was some discussion about collateral and since there were wealthy people in Nxivm, it was no big deal if they lost a little money. Raniere taught that collateral has to be big. It has to be $100,000 not $10, because $10 would show that you did not think it was important not to violate your word.

Vicente explained Raniere taught that massive collateral was irrelevant if you have an enormous  desire for commitment. In that case any amount of collateral doesn’t matter.

Vicente admitted he was not worried about himself regarding collateral. He had no worries about anything of his being released.

It was also elicited that The Society of Protectors devised a method to try to get women to understand what it was like being a man.

When the women were trying to get men to take the M&Ms, this became very emotional. People were crying, both men and women were crying.

Agnifilo asked about why it was getting so emotional.

Vicente said it’s the nature of human potential courses or groups that there’s a lot of emotion.

The day prior Vicente had testified that there was an SOP gathering that nearly 100 people had paid and signed up for and Keith canceled because they were supposed to enroll 100 men and they fell shy by one or two people.

Agniifilo asked if Vicente remembered if Keith offered to refund these men’s money.

The got into the altered videos in the Ross case.  Vicente said he had no specific recollection that these videos would be turned over in a lawsuit. He said Kristin Keeffe told him about it later.

Agnifilo pressed Vicente on his meetings with the FBI.

The purport of this questioning seemed to be to characterize Vicente as guilty of crimes and that he had not been forthcoming with the FBI about his own criminal activity.

Vicente stood up to this line of cross examination, saying he could not recall every specific of every  meeting.  He said “There’s 12 years of material in my brain and it’s not organized very well.”

And “I don’t have perfect recall.”

There were certain emails that Vicente gave the FBI and Agnifilo accused Vicente of not giving up all the emails.  Agnifilo was trying to make it look like Vicente was saying things in a certain way as so to not incriminate himself.