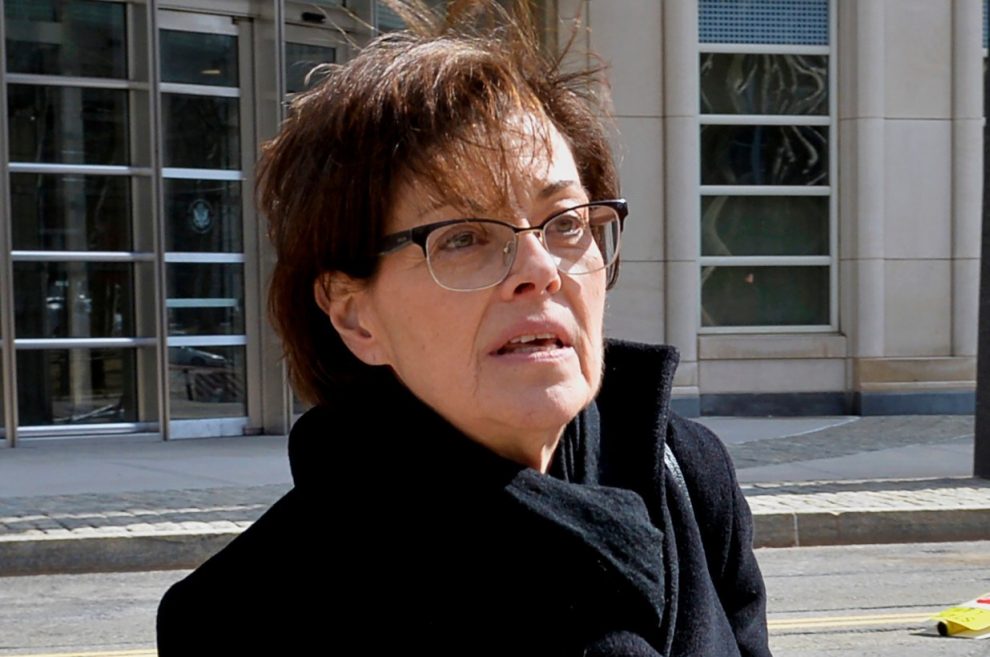 Kathy and Nancy want to resume their friendship. And Nancy wants to see more of her parents.
Travel requests came to U.S. District Court Judge Nicholas G. Garaufis from both Nancy Salzman and Kathy Russell this week.  Each has pleaded guilty to a single felony count in the case of USA v Raniere.  It is not known if either will be called as witnesses.
Russell made a formal request to the judge that he allow her to meet socially with Nancy Salzman.  This would require a modification of both Russell and Salzman’s bail conditions since neither is allowed to communicate with each other [or any Nxivm leaders] outside the presence of counsel.
They want to be able to meet alone and spend time together – primarily by day – since both are on home detention which requires them to be in their own homes each night by early evening.
Russell’s lawyer, Justine Harris, wrote the judge, “The two have been close for many years, and now that both have pled guilty, wish to interact socially. Ms. Russell will be moving to Georgia shortly and would greatly appreciate time to visit with Ms. Salzman before then.”
Kathy is under the supervision of Pretrial Services prior to sentencing. That department does not object to her request, according to Harris.
Perhaps more significantly, the government, by AUSA Moira Penza, does not object to her request “as long as Ms. Russell and Ms. Salzman do not discuss the trial,” according to the letter filed with the court.
The fact that the prosecution does not object does not tell us if one, or both of them will be called to testify in the trial of Keith Raniere. If they will testify at all, it will be on behalf of the prosecution.
The request is open-ended, which means they can have as many trips/meetings as they want with each other.
It seems likely the judge will grant Russell’s request.
***

Nancy Salzman has also requested a modification of her bail conditions. She wishes to be permitted to travel to New Jersey for the purpose of visiting her parents without having to get the judge’s permission each time she wishes to go.

If the judge grants her request, she would still have to obtain permission from Pretrial Services in advance of any visit to her parents and inform Pretrial of her times of departure and return.

The government does not object to this request, which suggests this is likely to be granted.  Nancy’s parents are elderly [I am told in their 90s]. She is scheduled to be sentenced in July and may wind up in prison for several years.