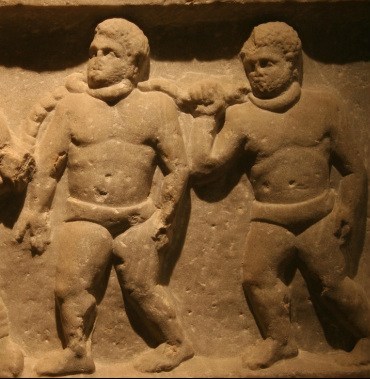 I’m astonished we have actually reached the point of a trial.

Hoping justice is actually done. When I consider the trial along with all the people who have cut deals, it shocks me how light a hand the government has shown so far. The fact there is only one defendant facing trial seems inadequate given the gravity of the charges.

One of the important things that could emerge in this trial is precedent on what constitutes coercion with regards to human trafficking charges. I realize the defense could cross examine witnesses on the issue of collateral and the impact it had on their decisions.

I’m hoping coercion doesn’t stop with that, and that the prosecution looks at the full spectrum of NXIVM’s activities – the social pressure, the ostracizing, the elaborate mystique, the deceitful promises of wealth/power, and the sunk costs on the part of victims as part of their formulation. It is essential to establish the facts of how these contributed to the coercion of victims so it can be recognized and punished in the future.

On the eve of the trial, something that occurred to me is the origin of the name NXIVM. Romans had a form of contract called Nexum, which allowed people to put themselves and their family members up as collateral for a contract. They would have to serve in bondage until the debt was paid and would often be subject to humiliation, physical punishment, and even death as a result.

This form of contract was outlawed around 300 BC, mostly out of recognition that it was too barbaric even for the Romans. The fact that we have to continue to stamp out this abomination under the guise of “consensual decisions by adults” speaks to a darkness of the human spirit, an ability to substitute one’s self with the quality of a good or service. The idea that anyone – on either side – could enter willingly into such an arrangement, or that such a confederation could be tolerated in a civilized society, is horrific.

Let justice be done, let the facts prove what happened, and let the penalty fit the offense for everyone involved. NXIVM is more than a weird sex cult, it is an intellectual assault on human dignity and freedom. The punishment must stand as a warning to any who might consider doing the same in the future.