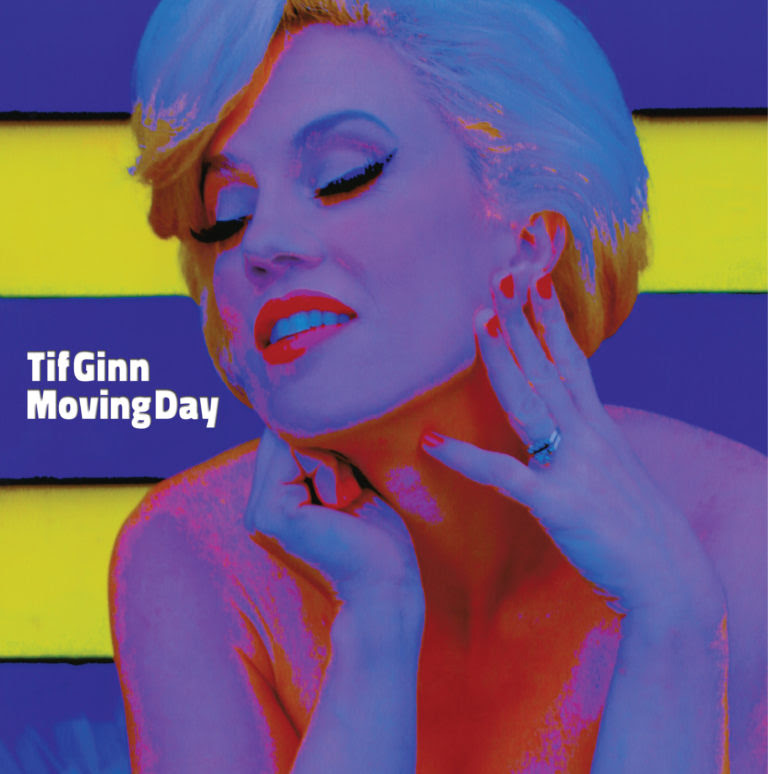 Moving day has come for musician Tif Ginn. As the singer, songwriter, and multi-instrumentalist moved into a new home she was finishing up recording her new solo album. Aptly named Moving Day, the 10-song collection reveals a new direction and dimension of creativity to her talents.
Out now, Moving Day features four self-penned songs and six which Ginn co-wrote with musical collaborator and husband, Fred Eaglesmith. An award-winning singer-songwriter in his own right, Eaglesmith has released 18 albums and been called “one of roots-music’s most gifted lyricists and wildly entertaining performers” (Los Angeles Times). Ginn and Eaglesmith continue on tour together with dates in the U.S., Canada, and Europe currently scheduled.
Eaglesmith and Ginn’s recent performance on NPR’s Mountain Stage  is now streaming on the Mountain Stage podcast. The recording includes Ginn performing two songs from Moving Day: “Gone” and “Stones.”
For their work on Moving Day, an act-of-nature transformed what started out as a completely different body of music. A fully recorded album was wiped out by a lightening strike during a storm that knocked out power to their home studio. After futilely trying for months to recover the lost files from the computer that had not been backed up, they began rebuilding their work using the previous musical journey as a blueprint for bigger ideas.
“I was devastated but it was the best thing that could have happened,” Ginn reflects. “We started over knowing that we couldn’t do what we’d done before, not even if we tried. It turned out to be a refreshing and fun experience. And the new recording created is the record I always wanted to make.”
What resulted was a whole new musical direction. Ginn picked up new instruments that allowed her to execute ideas that she was not able to do before, and the melodies and chord structures were modified. It was a natural progression within a dramatic shift that brought about a newfound enthusiasm and passion to the songs.
A south-central Texas native, Ginn has become a resident of Canada. As a working musician, she tours throughout both countries and around the world performing with Eaglesmith.  Born into a family band who sang folk and gospel music, she formed a solid musical foundation early on. She studied piano, guitar, voice, dance and theatre from childhood through college. As adults, Tif and Brit formed The Fabulous Ginn Sisters and released three critically acclaimed albums. The duo toured for nearly a decade, when an impromptu collaboration at Texas’ Old Settler’s Music Festival presented them the opportunity to sing backup for Eaglesmith and garnered them an invitation to join the band as well as perform as the opening act. In 2012, Tif became a solo artist and released a self-titled debut album that she also co-wrote with Eaglesmith. A few years later, Ginn began picking up every instrument she could and Tif and Fred became a touring duo. They married and continue to write, create, record, and tour together.