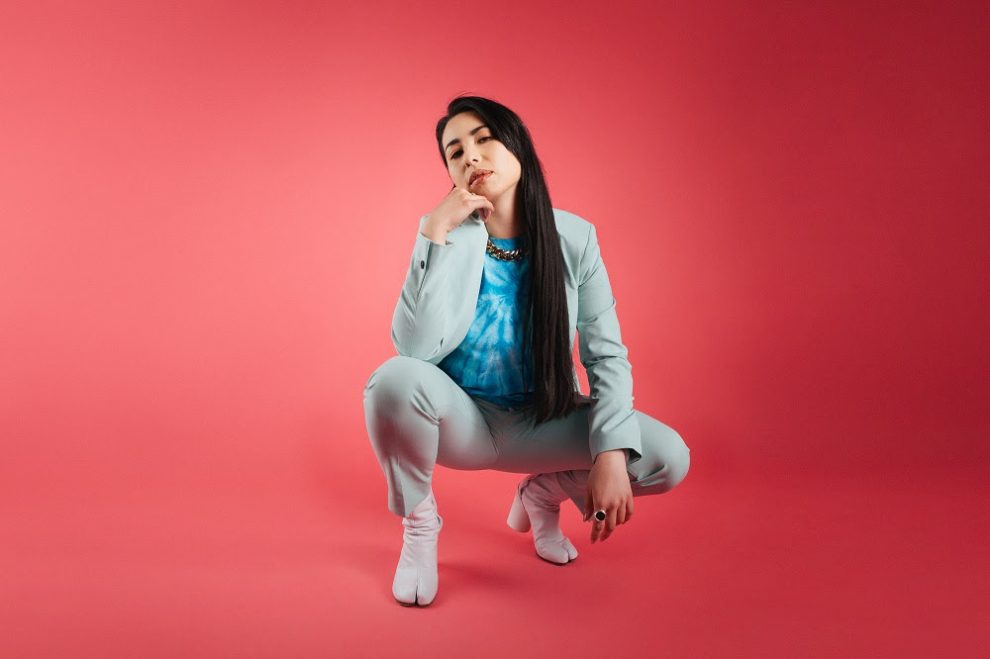 “Hua Li is a rap label’s dream… On the one hand, her approach to rapping, a kind of early ’90s Lil Kim bravado mixed with the more insightful, emotionally resonant lyrics of a Jean Grae, would be menacing if it weren’t so raw and beguiling. Perhaps even more hypnotic is her turn as a crooner, similar to the sultry, jazzy vibes of Little Dragon’s Yukimi Nagano, but with a bit more of a wink”
– Consequence of Sound

Montreal based musician, Hua Li, has shared a brand new music video for her single, “Social Meds.” The video was premiered with Exclaim!. This is the latest release from her recently announced debut record, Dynasty, out September 20th via Next Door Records. This will be her first release since signing with the label. Check out the new visual above and stay tuned for more exciting news about the upcoming record!

Speaking on the video Hua Li says, “I wanted to reflect the gritty Montreal DIY scene I came up through. ‘Social Meds’ begins in storied Montreal venue, Bar le Ritz PDB, a place where I have seen countless musicians and played many shows – a vibrant and exciting space at nighttime with a truly down-in-the-dumps dive bar atmosphere during the daytime. We shot the second verse in the Chabanel district well after midnight and I gave a no holds barred performance fuelled by sleep and serotonin deprivation. The choruses reflect Tyler Reekie’s video art style – lo-fi and glitchy. We wanted to make the setting very fantastical to emphasize the escapist nature of the party scene.”

Director Tyler Reekie adds, “Our intention was to make a video that felt very surreal by
incorporating a lot of visual and editing effects into handheld shooting. It ended up creating a really fun and playful video that, I think, represents the critical and obscure energy of the song really well. “

Dynasty tells of Hua Li’s journey as second-generation Chinese-Canadian woman and deals with topics like deceitful love, family power dynamics and the profound imbalance that emotional adversity can deliver. Written over several years, this album collects the most authentic and personal songs from Hua Li to date, from declaration of feminist power and grace, “Mastery” and melancholic and hazy party anthem, “Social Meds” to devastating takedown of power abused, “Tell Her” and twisted love story, “Outwitted.” A co-production with Alexander Thibualt (a.k.a. Gloze), Dynasty is a combination of Montreal’s tradition of lush, lo-fi future beat with a twist of jazz sensibility and rap braggadocio. Completed with support from the Conseil des arts et des lettres du Québec and Montréal arts, interculturels, Dynasty is a fierce affirmation of self-representation for Hua Li.

Hua Li’s hazy R&B and revolutionary rap cuts to the bone and shakes your frail ass to the ground. Following the underground success of her 2015 Za Zhong EP, she will be releasing her debut full-length, Dynasty with Next Door Records in September 2019. A charismatic performer, she has been blessed to share her work on a variety of major stages, including the Montreal International Jazz Festival, Pride Toronto and Secret Solstice Festival. She is also an active DJ, regularly rocking the decks with residencies in her hometown of Montreal, and as touring DJ for alternative rap favorite Cadence Weapon, and Indigenous electro-pop starlet Riit. Subversive and sexy, Hua Li is the only half-Chinese, half-militant, half-rapper of your heart.