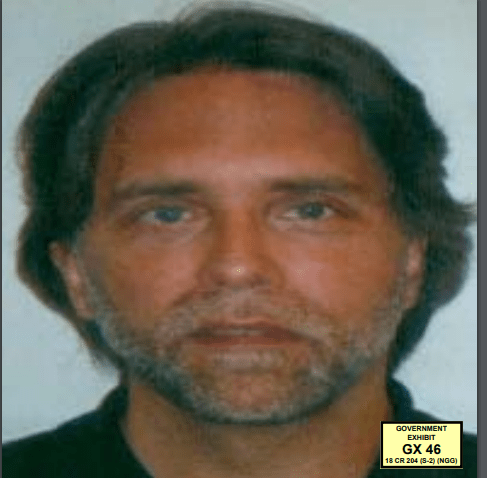 During her testimony on May 29, Dani discussed Kristin Keeffe, the longtime roommate of Keith Raniere.

One day they found Kristin in a pool of blood and several Nxivm wing women rushed her to the hospital. Dani and Keith did not go.

Daniela took the call regarding her condition. The doctors found Kristin was in fact pregnant.

She ended up having a baby – named Galen. But only a small circle knew he was Keith’s son.

A cover story was crafted by Keith because the Nxivm community thought Keith was celibate. That was his image — though he actually had a harem of some 20 women [none of whom were allowed to be with any other man]..

Some of the following is from Dani’s testimony and much of it comes from well known sources in Nxivm:

Keith ordered Kristin not only to say that Galen was not his son, but he required Kristin – in order to maintain his lie – to claim she was not the child’s mother.

The cover story they crafted was that the baby was an orphan – whose father was unknown – and whose mother died during childbirth. The lie was embellished by saying that Barbara Jeske [one of Raniere’s top wing women] was a friend of the grandfather of the baby and that he asked Barbara to take the child and adopt him – for she was a kindly person.

This of course led to the further lie that Kristin was better suited to take care of the orphan baby than Jeske, who was busy selling Nxivm memberships. So Kristin took on the role of caring for Jeske’s adopted baby, whose mother died in childbirth and drat – they did not even know who the father was.

Of all the monstrous things Keith Raniere did – this might be the worst – to require the mother of a newborn to deny her own child. Normally, a mother is proud to be a mother and Kristin undoubtedly was, but such was the monster’s evil that he stole this from her [and he, the father]. She had to pretend the baby was an orphan, whose own mother died giving him life.

Some readers might ask why Kristin tolerated this. She had little choice. Keith insisted that it was to protect the mission. She had no other income. She had an infant child and he needed caring. In Kristin’s defense, when the boy got a little older, she fled from the monster and saved her son from his  influence.

She also tried to rescue others in the cult – including everyone who was indicted alongside Keith – [if they would have listened to her, they would not now stand convicted.]. And Kristin provided law enforcement with a literal blueprint of crimes Raniere committed.

So going back to what Dani testified, she said that her sister, Camilla was the first nanny in Rainbow Cultural Gardens. Galen was the first student.

Rainbow Cultural Gardens is Raniere’s brainchild. it is a program he devised where babies [starting with his son] are separated from their parents as much as possible and forced to be with seven different nannies weekly – one for each day of the week – each of them speaking to the child in a different language.

The idea is that a baby’s brain power will increase [they’d be super-intelligent like Keith] by being exposed to many different languages.  Twelve years later, after scores of babies and children were subjected to this program, it has not proven effective and likely detrimental,

As far as my research indicates, not one of the Rainbow children speaks anywhere close to seven languages. While most seem normal, some can barely speak their own native language.  Some children reportedly babble, or speak a hybrid of languages.

Some think Raniere had a diabolical plan with Rainbow. By separating mothers and fathers from their children every day for 12 – 13 hours a day [most of the child’s waking hours] and to have the child always subjected to strangers care- strangers who speak different languages every day, the child would grow up paranoid, [it was always someone new – the nannies were switched around a lot]. Without closeness to parents, they might grow up to be sociopaths. Perhaps the girl children could qualify for his special sex teachings at around age 12.

The nannies – were from foreign countries – [this is one of the reasons Nxivm had illegals here]. They were required to take Nxivm classes where Raniere worship is taught. Most of the nannies were slender, attractive young women, with long hair. Raniere had sex with some of them, and a number of them were branded and became DOS slaves.

To Kristin Keeffe’s credit, she fled with her son as soon as he was old enough to travel. They went into hiding. But that’s another story for another day: How Keith spent a million dollars of Clare Bronfman’s money to hunt Kristin down and – it is quite possible – he intended to murder her.

The plot failed and one day perhaps Kristin will tell all of it.

Loreta Garza was head of Rainbow under Keith.

And here’s a funny thing: Keith’s philosophy was that the children would become brilliant if they were exposed to all these languages. But Keith himself only speaks one language – English.

Loreta Garza, who was a sex slave of Raniere’s, did the interviews of nannies [with one eye no doubt on pleasing Keith by getting women he would want to fuck. She hired these nannies at low wages, yet she had no way of assessing whether, for example, the Russian woman who sought the job as nanny – [they were actually called by the fancy title Multicultural Development Specialists – and paid between $10- $15 per hour] could speak Russian well or speak it like a gross, uncultured, uneducated street person.

Loreta doesn’t speak Russian, or Swahili or German. How could she assess the educational level of the women she was hiring for $10-$15 per hour?   She couldn’t of course.

The Rainbow program is still ongoing and children are still being abused in it in Mexico [run by Carola Garza] and in France [run by Sarah Bronfman].

We also learned from Dani’s testimony that Keith didn’t spend much time with his [secret] son, Galen.  In fact, Dani said there were only very few times that Dani saw Keith interact with Galen.

But Keith told everyone how he was going to guide this poor orphan whose mother died and whose father was unknown. Noble Keith would arrange for him to be raised to be brilliant and he even devised Rainbow just for him. He made his son a human guinea pig -the son he denied was his son – and told the mother she must deny.

This is the monster now on trial. He faces life in prison if convicted on all charges.

Meantime, Kristin is free. Her son is free and safe now. And Dani – long imprisoned by him – is free. And others too.

Now it is the monster’s turn to be ruled and ruined.