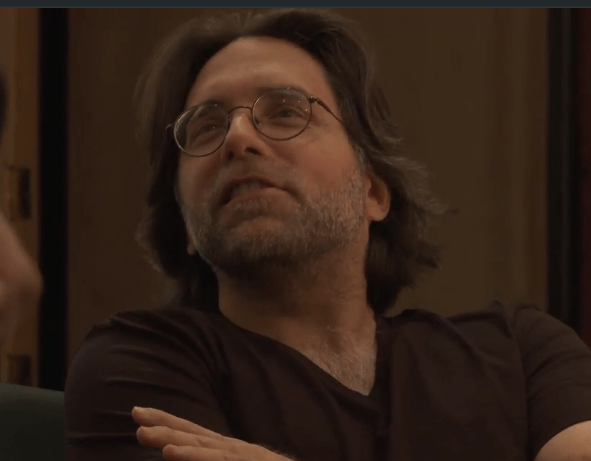 Many religions have an obsession with keeping the womenfolk pure and under wraps. Strict guardianship laws are in effect in many Muslim countries, the hijab mandatory. Christianity wasn’t any different, a few centuries ago. The idea of a woman wearing pants and a tee shirt in the summer is a quite modern concept and part of the liberty of enlightened secular life.

Keith Raniere subscribed to that Old Testament standard. He fit the model of a patriarch, with multiple “wives”, with one set of rules for him, a quite different set of rules for them. The frenzy of moral outrage that one of “his” women so much as kissed another man is indicative. His whole program was quite regressive; the precise opposite of what it sold itself as being– some sort of enlightened new dawn.

It’s bizarre to me that the women put up with him, classic male chauvinist pig that he is. It was all so transparently regressive and completely out of touch with the modern zeitgeist. In this post – Harvey Weinstein, #MeToo era.

Triply bizarre that someone like Allison Mack was on board with this, while proclaiming her feminist goals, all about empowerment. I suspect she was sincere, too, with the Jness and DOS bullshit. And likely was convinced that branding women with her lord and master’s initials really was the road to female empowerment.

People’s capacity to hold contradictory beliefs in their heads can be staggering. Religion is a classic example, modern educated people believing in fairy tales about angels and virgin births and burning bushes that talk. People with PhDs in the sciences who don’t believe in Evolution because it goes against Bible teaching. Millions of people believe the Bible is the literal word of God, perfectly decent people who wouldn’t hurt a fly and yet can read Leviticus without a qualm, with its instructions on how properly to beat your slaves and how witches are to be killed and how to stone your bride to death in front of her father’s house should she turn out not to be a virgin on your wedding night.

People have a deep irrational streak; there’s nothing necessarily wrong with that, we are not Spock. But it’s a good idea to keep a careful eye on one’s irrational tendencies, lest one find oneself falling down the rabbit hole.