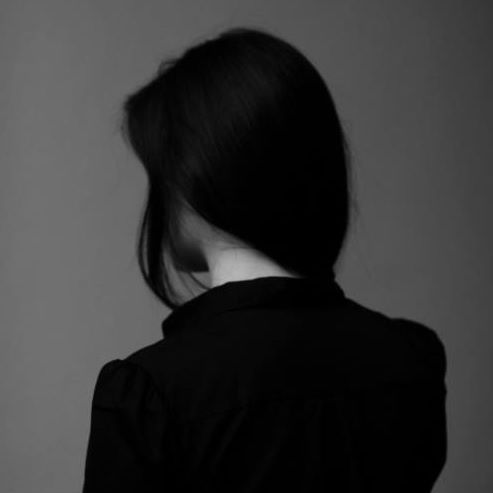 Dani finished her direct testimony on May 30 and began cross examination. She was wearing a dressy white shirt tucked into a narrow black skirt.  She looked fabulous. She has a really thin figure. She’s an attractive woman. I think, if she was a few inches taller, she would have been a fashion model.

Here is the the final chapter of Dani’s direct testimony, as she more or less concludes her riveting story:

After she confronted Keith at volleyball [after being confined in a room for nearly two years – to heal the ethical breach of kissing another man] and Keith, seeing her, ran away and hid, and she was escorted out of the volleyball court, it was now time for her to leave the US.

[It was February 2012 and it may be no coincidence that this was when the Albany Times Union was publishing its stunning series, Secrets of Nxivm. Did Raniere consent to Dani leaving Albany out of fear of the Times Union adding her confinement story to their expose series? Raniere was under incredible stress at that time because of the damning stories in the Times Union. His pedophilia was being exposed. Of course, law enforcement in the Albany area did nothing about it. Just as he crafted a fake story about his child not being his son, Raniere crafted a fake story about the Times Union. He said that all the women in the story who said he was a pedophile, a rapist and a monster, were paid by the Times Union to tell those lies. He pretty much got away with it too. His main body of followers stuck to him. But the Times Union series probably saved many from joining this cult of horrors.]

So Dani left the US. She was driven from Albany to the Mexico border by her father, accompanied by Kristin Keeffe. On the trip, Dani stole some money from her father’s wallet.

Assistant US Attorney Moira Penza asked her, “Why didn’t you ask for the money?”

Dani said, “it was a condition [imposed by Raniere] that they were going to give me nothing.”

[That’s right, Raniere’s condition was that Dani was to be dropped off in Mexico without a dime to her name and no ID either.]

On the way, Dani confessed to her dad that she took the money and gave it back because she wanted to come clean.

At the border, she was met by her father’s accountant who drove her to the bus station where she took a bus to her chosen destination. Just before crossing the border, she finally got a moment alone with her dad. He gave her 1500 pesos [$76.22]. [Nice dad].

They cried. Her father, Hector, said, “Please do everything you need to do to get back to us.” Meaning the Nxivm world he was engulfed in.

Daniela was frugal with her money. She had no phone, no computer, nothing. But she wasted no time. She found a hostel to live in. She found a job very quickly at a computer store, replacing someone who was on pregnancy leave.

She was still required to do book reports for Raniere. So she went to the library to get a library card. Without ID, it wasn’t supposed to be possible. But a man there was so pleased that she was interested in reading that he cosigned for her to get her a library card.

She had no birth certificate and, in Mexico, you need a birth certificate to get your other ID. Daniela did other jobs. She had four jobs at one time. She managed a restaurant in a boutique hotel, she did websites, she was an English language teacher. She taught tennis and English to children. The mother of one of these children was a lawyer for the Human Rights Commission.

About a year after she returned to Mexico [2013] it turned out that Nxivm’s Mexico leader, Emiliano Salinas [the son of the former president of Mexico, Carlos Salinas] was planning to marry the famous actress Ludwika Paleta and by chance they were to have their reception in the very same boutique hotel where Dani was managing a restaurant. She saw Nxians all over her city.

But Daniela had her life back now. She didn’t need her family or Raniere or Lauren Salzman for ID papers. She could move on.  Still, when all these Nxians were in the city, she met with Lauren.

Lauren asked Dani, “how are you doing in your program [meaning her Keith-prescribed and totally controlled life. “Program” was a euphemism for slavery to Keith].

Dani realized she just did not care about that anymore.

Over the next few years, Dani moved up and onward to succeed. In time, she got an important job as a plant manager. She travels, as a representative of the company, all over the world.

Dani testified, “I realized I was not going to change the world.”  She just wanted her own life. She even got a boyfriend.

“It was a long process of rebuilding every part of my existence that had been destroyed,” she testified.

As for her family, thanks to Raniere, they are still not united, as they were once, before they knew a man named Raniere.

There is some progress though. Dani testified that, during the interval since she left the cult of horrors, she spoke to her mother. Her mother found her, contacted her and came and saw her.

When they met, Dani actually screamed at her mother, “Why didn’t you come and get me?”

Her mother just listened silently and then apologized. They worked things out.

She had a long phone conversation with her brother Adrian, or as Keith and everyone called him, “Fluffy.”

On the phone – her mother was present – Dani finally explained everything that happened to her, including that she had sex with Keith.

Fluffy, who was still in the cult then, said, “I’m not saying that I don’t believe you, but do you have any proof?”

She forwarded to him a bunch of emails. [Fluffy has since left the cult with his wife Chelsea, who was also a former cult member.]

Dani met with her elder sister, Mariana [once her best friend – pre-Raniere] and her father, Hector, in Mexico. Mariana was having immigration issues then. [Mariana is still a Raniere follower and has Raniere’s son who is now almost two years old. They live in Mexico. Both father and Mariana remain enmeshed in the Raniere doctrines and wait for their Vanguard to be acquitted – an unlikely eventuality.]

As for younger sister, Cami, she was lured to stay in Nxivm with a promise of a very big salary to work at Rainbow Cultural Gardens [Raniere’s child abuse program] in Guadalajara Mexico.

[As Frank Report revealed prior to the trial, Cami is working there. But it is extremely doubtful she is getting the big salary she was promised.]

Dani testified that Cami has made some non-Nxivm progress.  She has some [non-Nxivm] friends [which is not usually allowed]. Cami also changed her looks by cutting her hair [also not allowed.]

At this time, the family is divided, perhaps never to reunite. But there is some hope, as the years go by, and Raniere festers in prison, that Cami, Mariana and father Hector will stop imbibing the Raniere Kool-Aid.

Stay tuned for Dani’s cross examination, which began on May 30 and will continue on May 31.

Keith Tells Mother – ‘if Dani Killed a Child, Would You Let Her Go on Vacation?’
Bangkok: NDNY Will Not Likely Prosecute Raniere! – Here’s Why
Comment