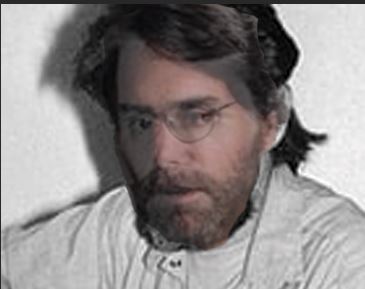 Reading Daniela’s testimony consecutively has much more impact than reading it piecemeal. Her time as a witness on the stand has been honest, detailed and powerful. What a long, hard trip it has been for Daniela. She is now a genuine example of strength, probably strength that she had to keep mustering over and over again, all on her own and against horrible odds.

These Nxivm/ DOS sickos schemed and conspired to destroy the last of her adolescence and to divide and conquer her family. Yet, she has worked hard not only to make a life for herself but has had the courage to come and testify with tremendous, intelligent conscientiousness.

It’s incredible to even try justifying such abuse and torment being dealt out by Raniere and his worshipful groupies, including Daniela’s parents, as minions who didn’t bother to love or watch over the wellbeing of their own four children.

Three daughters were doled out to Raniere to satisfy his perversions, which will never be satisfied. That is part of his pathology, that Raniere would be compelled to keep escalating. Any fool can see that the manufactured self-help movement acted as a profitable front to recruit new flesh and to cover for Raniere’s perversions. And Raniere couldn’t keep his shitheap behind closed doors, so he’s in captivity, as befits him.

Agnifilo and Raniere’s whole defense team have to know that they are attempting to defend the indefensible. We have heard that Agnifilo tried and tried to get Raniere to cop a plea. That has not been hidden, so even Agnifilo holds the awareness that his client and his entire inner cult are criminally guilty.

Why bother with any more adversarial cross-examination?

Agnifilo went down that road already and was stopped from badgering (the guilty) Lauren Salzman, after ignoring warnings from the bench. Maybe he ought to ask Raniere to eat his fucking post-it notes. Even Agnifilo can see Raniere’s constant compulsion to have the last word for what it is, the desperate ramblings of megalomania. The defense team doesn’t need to bother to embarrass itself any more than already has. Raniere is another Charles Manson, only with mo’ money.