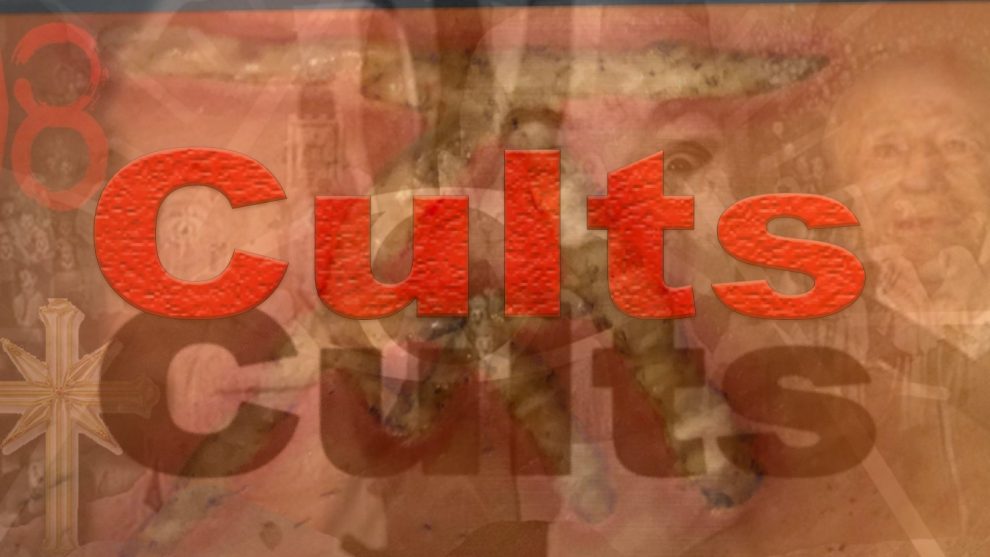 I understand that it is easy to shit on those of us who have been cult members. Do you really want to know why a person could fall for this stuff?

I would like to offer a few personal contributing factors:

No maternal bond. My parents were kept extremely busy by the organization that I was born into. They were made to believe that nothing was ever good enough, there was always more to do. I could expound on this aspect for hours but essentially it contributed to my feeling like I don’t belong. I didn’t have a safe space at home. But it was all justified by the sense of urgency.

“Jesus is coming! Any moment now! Gotta save souls! Gotta do more!”

I was schooled by this religion, so I was kept away from the general public, as well as taught that the rest of the world was evil. I was not allowed to read things such as Greek Myths or Fairy Tales or comics.

Of course I was not allowed to read the newspaper or watch TV. Movies were forbidden. Seriously. My guardian angel would wait outside the movie theater, so that if I died (and of course I was told that movie theater deaths were very common) I would not go to Heaven.

Holy Fuck! I KNOW! How did I not see through this stuff? Right?

No critical thinking skills were taught. I was encouraged to go to the faith’s expensive college, which did not teach science or philosophy. Daily classes about the faith were mandatory, from kindergarten on. Can you say, “Indoctrination”?

I was encouraged to work for this organization, which justifies lower wages to employees due to the group’s “Mission.” In other words, employees are missionaries and have to accept lower wages.

As I stated, I did not feel like I fit in. I was always seeking. I felt as though somewhere “out there” an answer might exist, something to make me feel whole.

Ha! I almost was a Scientologist! I have Rodney King to thank for that! My first day of class was to be April 29, 1992, but once I heard of the riots, I was too chicken to drive the 74 miles INTO the chaos. When the group charged me anyway, and berated me for my cowardice, I thought, “no way.”

Then I fell for the love bombing of the Mormons. Another cult entirely, in my opinion. But I do know that my particular personality (which I see as open and seeking, yet broken, somehow) is exactly what recruiters of any high demand group are looking for. And not just that, my particular flaws make me see to attract the most culty parts of any group. Ha!

As I am typing this I received a friendshipping text from my Ministering Sister, or whatever they call Visit Teachers now. Luckily I am out now.

Anyway, these are just a tiny smattering of contributing factors. Gaps in education compared to the general public, fear of anyone different that me, culturally, things of that nature helped keep me stuck. I am still combating these tendencies, and it makes me susceptible to anyone who acts as though they “have the answers.”

And yet it is easy for me to crap on the gullible, too. Someone I know lost money to Eric Pearl and Teal Swan. My sister went to a Ramtha retreat, and my reaction was both shock at her stupidity and envy somehow, even though her experience was miserable.