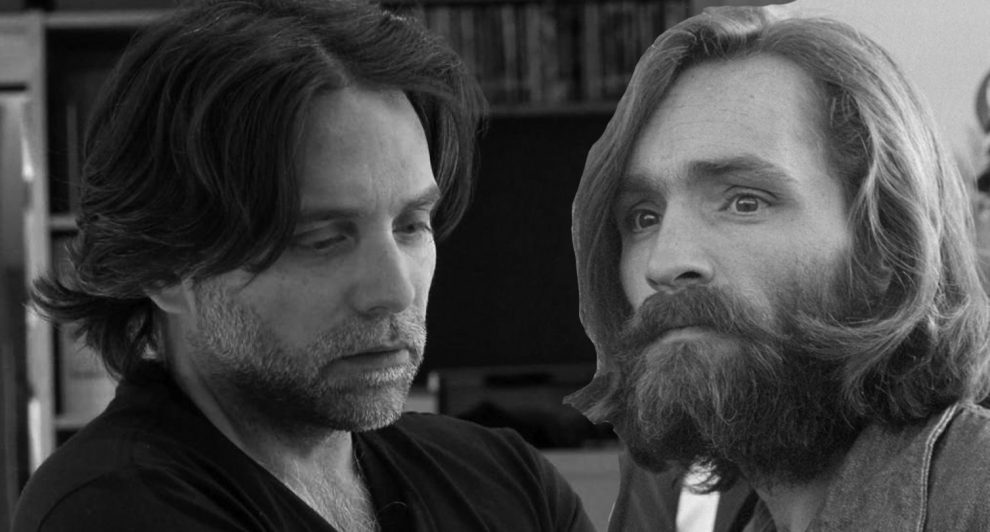 Charlies Manson gathered young people, mostly female, around him by paying attention to them, providing a sense of identity and of belonging to a group which became an all-encompassing substitute family.

And so a little troupe was woven together, a commune of lost and found “lonely hearts” for Charles Manson to use according to his own extremely disorganized mind, to feed his fantasies and to uphold (at last!) his power-starved ego.

Manson made his followers feel like an “us” and encouraged his people to see everyone else as “them.” This is habitual cult inculcation, to build an “us” and a big bad “them.”

Implement a delusionary sense of separatism, specialness, even elitism within the very fiber of the group.

Explain that the group’s higher cause (what sucker doesn’t want a fucking “higher” cause?) makes it above all laws. Meanwhile enforce ever-increasing, radical requirements for group loyalty.

Beneath it all, this “THEM” of Manson’s was his own personally conceptualized enemy. The enemy which “would be” eliminated was Manson’s ideation of the establishment, the unjust rulers of the world.

Manson fantasized that he would be the leader of a revolution. That is, unless he was too busy taking acid and getting sexual action. Then the revolution would just have to wait for him to come down, maybe have a few cigarettes. Manson never had a clue that he was making an uneducated overestimation of his own intelligence.

Like Keith Raniere’s clique, Manson’s group lied and stole for him, pimped and whored for him and adulated him as their leader.

Back when Jimi Hendrix was a big star, one of his groupies tried to recruit me (still a kid) with mystical babble and sexual innuendo to get me to meet Jimi. She acted loony, obsessed, superior and vulgar, as if she had the prize bull and just had to share him. That’s how classy the groupies surrounding Raniere were too. Lying, stealing, pimping, whoring and whatever else their tricky Dickie advised.

These fearless leaders, Raniere and Manson. One hid in a closet during his arrest, and the other hid in a cabinet underneath a bathroom sink. Neither had a single shred of common sense, these two madhatters. Yet each Creepboy gathered a groupie crew of blind worshippers and amongst the crew, the closer the relationship with the leader became, the more criminal the behavior became, whether tangentially or deliberately.

Allison Mack was well on her way to being a violent sidekick à la Susan Atkins. Now she has conspicuous infamy and awaits sentencing in a notorious crime case. Nancy Salzman could’ve driven the getaway car for her Vanguard as he wet his pants in the trunk. She never looked happier than when plastered to his side like a dowager frump with fictitious credentials. Grinning like a besotted jackass. Clare Bronfman could’ve given the uncouth Patricia Krenwinkle instructions on how to be more viciously successful.

Manson was the undisputed leader of his commune and was sexually involved with many of the group’s young women. Manson was crude and without education but was adept at manipulating emotions and influencing his group’s ideas and concepts, both personally and socially. These weren’t business people or college graduates but sixties dropout, young hippie freaks who lived on the outskirts of more conventional society, and the group was poor, very poor, financially. There was lots of petty theft and vehicles were stolen, just to get enough food for any given week. There were also “suspicious deaths” within and around the group before they started their major murder sprees. Some of these other crimes were prosecuted and some have remained unprosecuted.

With Raniere, we see more of a schoolboy businessy nerd than a hippie freak like Manson, who learned the ropes in juvenile detention and in prison. Raniere was able to receive more education than Manson and to fabricate a more socially “acceptable” self-help front, with more status, more commodious surroundings and thus, a better exterior image than Manson’s small, raggle-taggle commune.

Nevertheless, Manson’s group did recruit for more members, especially when anyone came along who had a fat wallet. Manson wrote songs and had no business acumen beyond a hokey, bottomfeeding range of criminality. Raniere just had better looking frosting atop his shitcake. But behind closed doors, the group dynamics are much alike, with one very lost and foul man getting exactly what he thought that he wanted from being a pied piper, offering unity but delivering a crazed dictatorship with tragic results.

Where there is great similarity between Raniere and Manson is that both men were able to attract loyal, awestruck devotees who were receptively vulnerable to a finding a new sense of belonging, people who were willing to become increasingly enmeshed and even to obey commands. And each group was entangled sexually. After awhile the main group around Raniere formed a few secretive little suballiances and bubbles around themselves, at Raniere’s direction. It is much easier to deftly pluck away at peoples’ consciences inside isolated bubbles.

Raniere began his own Swan Song by spreading himself out too insistently, for too long and amongst too many. He achieved no unity though, and none of his mules ever got their promised carrot. Instead they got misery, splintered and competitive sexual displays and criminal dissolution.

Raniere is more fanatical than Manson, who was a snaggle-toothed hobo ex-con with far flimsier expectations. Raniere’s need for control has had much wider intellectual borders, embellishments. He repopped a lot of Scientology’s slicker grade of horseshit dipped in fool’s gold. Manson only had soggy chewin’ tobaccy and he scrounged for LSD. Therefore Raniere’s audience has been wider and more receptive to Nxivm’s attractive outer fringes of altruism and prosperity. No one would look at Manson when he was living and think ”executive success.”

Now Raniere is stuck, but his inner Manson is not ready or fit for prison life. Raniere is locked up like a rat in a series of cages. He gets escorted around looking scruffier and more frantic each time he appears in court. His glasses don’t fit and he isn’t allowed to sharpen pencils. Right on his couch he used to be able to take out his schlong during a business meeting and get a nice blowjob or two while he grunted like a pig at anyone who approached the fridge. He used to be able to multi-task. Now he gets reprimanded for whispering too loudly.

Both Manson and Raniere used the ancient weapon of psycho-sexual terrorism to influence, to control, to punish, to reward, to attract, to create a climate of distraction and emotional chaos, to enslave and to blackmail the ones reluctant to be commanded.

The outer shell is, “I’m all about love and your awakening.” Later you get to the inner shell of the flimflam. Your Great One, perhaps anointed with commingled, now-sacred and Avatarish jizzum, tells you “everything that bothers you is all your fault.” Om, peace and bloody fucking amen. There have been fake female guru-types, too. I’ve known two personally, and they were every bit as adored, predatorial and dictatorial as Nxivm’s very own Chuckie.

You know, “Officer Krupke, we’re very upset. We never had the love that every child oughta get. We ain’t no delinquents. We’re misunderstood. Deep down inside us there is good.” What other defense is there besides begging with the”we are misunderstood victims” card?

When I was a teenager, my future father-in-law had an office in the L.A. County Courthouse, and his son and I went to meet him there for lunch often. One unforgettable day we saw the Manson girls sitting outside the courthouse as the big trial was ongoing inside. These women were noisy and spaced-out and vulgar but probably didn’t know it. They sported new freshly-hewn third-eye tattoos and sat in the courtyard, one with a guitar. After a few days of the Manson girls there singing and acting blissed-out, preaching to passers-by, the girls were forbidden to be loiter there anymore. They were seriously euphoric, lovey-dovey, trying to be kind of whorishly inviting. You’d never have dreamed there had been any murder scenes at Cielo Drive or over in Los Feliz. Just one big happy family.

Click here to post a comment
Mr. President… Time to Stop Turning the Other Cheek…Enforce the Law!
Part 5: Dani’s Cross Examination: Agnifilo Bears Down Harder on Crimes – Not Keith’s but Dani’s!