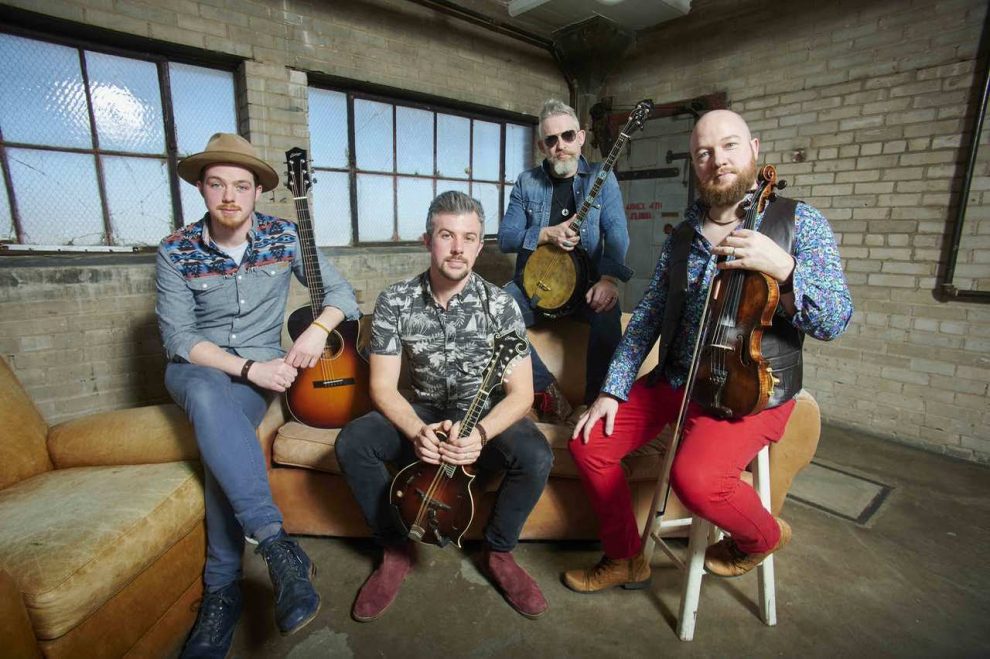 The award-winning Irish band We Banjo 3 will self-release a new live recording, Roots To Rise Live, on July 19, 2019, in support of the continuation of their Roots To Rise tour of the U.S. in mid-summer and fall of 2019.

Roots To Rise Live was recorded on February 27th and February 28th, 2019, at The Ark in Ann Arbor, Michigan, a city that the band considers a second home.  The live recording features 14 songs and is a mix of original material, traditional compositions, and select cover songs, including a surprise in the middle of “Prettiest Little Girl.”   It also includes two previously unreleased tunes, “Shine On,” which is a fan favorite at their live shows, and “John Brown’s.”  Roots To Rise Live was engineered by Mike Monseurand produced and mixed by Frank Marchand at Waterford Digital in Millersville, MD.  It was mastered at The Bakery in Los Angeles.

We Banjo 3 is one of the most prolific and exciting bands to emerge from Ireland in recent years. While their name might be a bit misleading, this Galway and Nashville-based quartet comprises two sets of brothers, Enda & Fergal Scahill and Martin & David Howley, on banjo, fiddle, mandolin, guitar, bodhran, and percussion propelled by lead singer David Howley’s emotive voice and pitch perfect harmonies from this band of brothers. Collectively these highly-respected players hold over a dozen “All Ireland” titles and are revered by their peers.  We Banjo 3’s music is a passionate blend of Americana, bluegrass, Celtic, world music and pop.  It is this diversity that makes them so appealing to talent bookers at major festivals in the U.S.  From Merlefest in North Carolina to BottleRock in Napa Valley, from Summercamp in Illinois to the Milwaukee Irish Fest, these talented musicians bring audiences to their feet!

The band’s latest CD, Haven, was released in July of 2018 and spent 3 weeks at # 1 onBillboard’s Bluegrass chart, the only self-release on a chart dominated by major label releases.  The video for the single “Light In The Sky” premiered on CMT.com introducing the group to a more mainstream country audience. Haven received rave reviews from the press, with Glide Magazine saying, “There’s a lesson to be learned here as well. It’s one thing to be astute musicians — which this band assuredly is — but it’s quite another thing to be able to craft melodies that are worthy of that articulate approach. Suffice it to say that We Banjo 3 are adept at doing both. An exceptional album, Haven ought to ensure that We Banjo 3 reach the sanctified status of they deserve.”

We Banjo 3 is also pleased to announce that they will continue to partner with Mental Health America on their Roots To Rise tour to raise funds and awareness for the organization.  The band will continue to donate $2.00 from the sale of every t-shirt to MHA.  On March 24th of this year, We Banjo 3 was thrilled to present MHA with a check for $2500.00 at the conclusion of their winter/spring 2019 U.S. tour.

Mental Health America (MHA) – founded in 1909 – is the nation’s leading community-based nonprofit dedicated to addressing the needs of those living with mental illness and to promoting the overall mental health of all Americans. Their work is driven by their commitment to promote mental health as a critical part of overall wellness, including prevention services for all; early identification and intervention for those at risk; integrated care, services, and supports for those who need it with recovery as the goal.

WATCH Jeremie Albino Pay Tribute To His Dad In Official Video For “Hard Time” Out Now!
NASCAR Announces The Next installment of Events in its Return to Racing