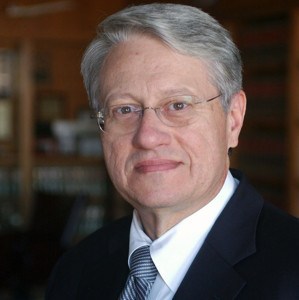 On Wednesday, Judge Nicholas Garaufis gave an interesting insight into his view of why Cami’s last name is not to be used in the trial of Keith Alan Raniere.

Cami, now 29, is the Mexican woman who was photographed nude by Raniere when she was 15. On Wednesday, the jury got a lengthy sample of texts between Raniere and Cami.

Before the texts were read to the court by FBI Special Agent Meagan Rees [reading Cami’s texts] and Assistant US Attorney Tanya Hajjar [reading Keith’s texts], Raniere’s attorney, Marc Agnifilo objected to the use of Cami’s first name only.

Agnifilo has objected before to the two-tier method used in this trial – of some people being fully named and others having only their first names used in court.

For instance Daniella Padilla’s full name is used [even though she was a DOS slave] but Nicole’s last name is not used. Nicole, who testified Thursday, is a DOS slave.

But is she more of a victim than Padilla because her last name is not being used?

Is Padilla not a victim [even though she was in DOS] because her last name is being used?

Agnifilo argues this is prejudicial since the trial is ongoing and Raniere has not been convicted of anything.

The matter is exacerbated by Cami – who the government considers both victim and co-conspirator in the Nxivm crime enterprise.

Judge Garaufis had another reason for protecting Cami’s last name even if she is a coconspirator: She is the sister of Daniela – who testified for days about Raniere and his imprisonment and his abuse of her.

Here is an excerpt from the trial. This was argued prior to the jury entering the courtroom.

THE COURT: … is Cami a co-conspirator?

HAJJAR: Your Honor, she was involved – as Daniela and Lauren Salzman testified, she was involved in the confinement of Daniela in the room and so, in that respect, she was assisting in a criminal scheme. She is, however, a victim in other respects, as Your Honor knows, and so that’s why her identity is being protected.

THE COURT: Well, in order to protect Daniela’s identity—

THE COURT: [to Agnifilo]– you can’t use the last name for Camila. I mean, it is just a fact that — you know, this is a choice that, apparently, Mr. Raniere made to engage in this behavior with three sisters [Daniela, Camila, and Mariana]. That is a creation of your client, it is not a creation of the Government, so I am not going to have Camila’s last name, even though she is a co-conspirator, or alleged to be a co-conspirator, disclosed because that would end up disclosing the name of a victim, or alleged victim [Daniela]. So we are not going to do that. Just that’s life, you know. That was Mr. Raniere’s choice, that wasn’t the Court’s choice. Anything else?

AGNIFILO: Nothing from us.

THE COURT: All right, let’s bring the jury back.

The jury came in and then we had the titillating exchange of texts between Cami and Keith Raniere [whose last name is being used, along with his aliases, Vanguard, Grand Master and Master], read by FBI Special Agent Rees and Assistant US Attorney Hajjar.

We will have some of the more piquant texts of the two – the master and his slave – in a subsequent post.