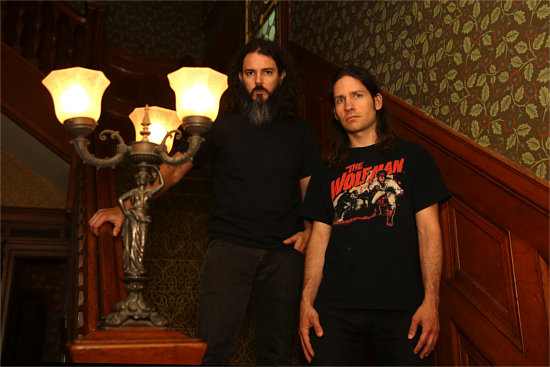 Critically-acclaimed metal band BLACK COBRA are kicking off a run of U.S. dates today, June 7, at Austin Terror Fest in Austin, TX. The band will then follow this show up with a handful of dates scattered throughout this summer, including a headlining set at Scorched Tundra XI Fest in Chicago, IL on August 30. BLACK COBRA will also be supporting ORANGE GOBLIN in Los Angeles on September 2. The full itinerary can be found below.

Speaking on the Scorched Tundra XI headliner, the band comments, “‘When St Paul said to the Corinthians, ‘nothing shall have any power over me lest I give it so,’ we can very well proclaim in similar breath, Scorched Tundra will have absolute puissance over the entire municipality of greater Chicago.”

BLACK COBRA are touring in support of their latest album, ‘Imperium Simulacra.’ The record, which has been hailed as “the richest Black Cobra outing to-date” (The Obelisk), and “music meant to soundtrack armies conquering demon hordes atop roiling volcano peaks.”

BLACK COBRA previously released a new video for the track “Eye Among the Blind”.

BLACK COBRA was formed in 2001 by guitarist/vocalist Jason Landrian (ex-CAVITY) and Rafael Martinez (ex-ACID KING, -16, GAMMERA). The band exploded from the underground with their scathing take on hardcore-fueled sludge metal. After the release of 4 well-received full lengths, BLACK COBRA have leveled venues across the country and internationally alongside HIGH ON FIRE, MASTODON, WEEDEATER, PELICAN, THE SWORD, YOB, SLEEP, MORBID ANGEL, and more.