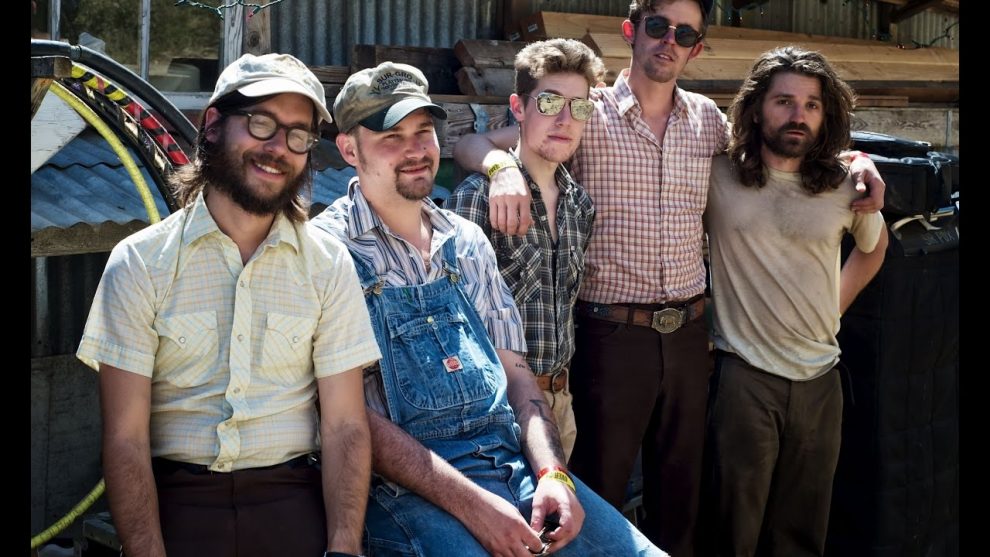 Mashed Potato Records, a new community-based record label out of New Orleans, is announcing their debut records with a double compilation including tracks from Esther Rose, The Deslondes, Twain, Sabine McCalla and more.
Today they’re sharing the Twain fronted, Deslondes backed, “Run Wild” alongside Jackson and Janks’ hazy classic soul story of a night gone wrong on “Stumblin’”. Speaking to “Run Wild”, and the genesis of Mashed Potato Records, Sam Doores says
“Recording “Run Wild” with Twain was exhilarating. His energy in that performance is profound and lit up the room. For years he had been backing up The Deslondes, filling in for John James on the pedal steel, fiddle & lead guitar. This time we got to back him up and it felt great because he’s such a powerful lead.
Every time Twain covers a song he completely makes it his own – I can barely recognize the original version.
This session was particularly important to me because it was the first time that Duff Thompson brought a reel to reel inside my living room on Deslonde St. to record a band – which ultimately became the foundation of Mashed Potato Records.”
Adding to this Twain says:
”It’s a completely amazing song. Four verses delivered in a little over two minutes, each one containing a crystalline image of various frantic longings; 1) wanderlust, 2) hungover-shame, 3) love-desertion paranoia, 4) interstellar love dreams. They just waft on by ! and after each one, the single-sentence chorus makes a mantra: “run wild while* you’re young and do the things you want to do”. Something about that combination churns people up, in a good way.“
While Jackson’s “Stumblin’” is, quite simply, about “bad news, leading to bad choices, leading to bad situations, all ending with a poor fool stumbling around in the dark.”