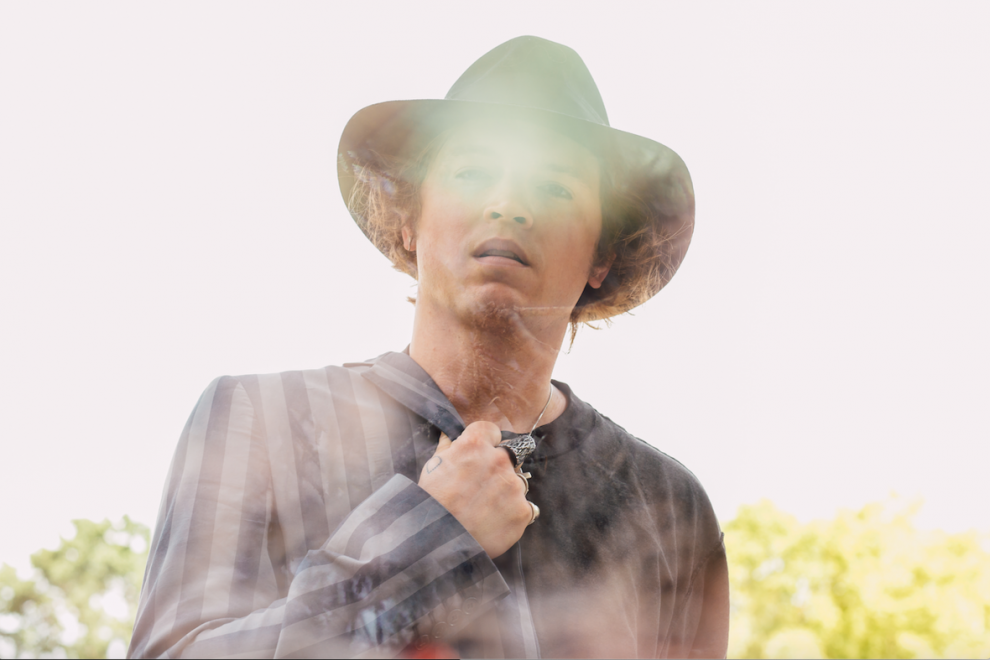 Kansas City’s Berwanger (Josh Berwanger of Radar State, The Only Children, The Anniversary) is debuting a new song and music video of his just-announced new full-length “Watching A Garden Die,” out June 28th on Wiretap Records.

Josh says, “The song’s lyrics are very simple and straightforward. It’s about getting older and looking back at being young, having no fears, not thinking of any problems, not worrying about loss, love, messing up in life, or worrying about what comes next.

I wrote it last year when I was turning 40. On every one of my birthdays starting when I turned 13, my Dad would say, “the problem with you getting older means I’m getting older, too.” Also last year, my Mom found a bag of unprocessed 8mm film my Dad shot in the late 1970s and early ’80s. I processed it and the song really works with the images so I made the video. I wanted to incorporate my son Ollie into the video and show him watching our family when we were younger and how technology and trends have changed so much over the years. I don’t look at this song as a downer, but rather as how much I enjoyed my youth and how lucky I am to have such a great family. Things can be bad in life, but you learn from the bad things and do the best you can to make it great.”

Berwanger will be playing a series of shows in support of the new record. See dates below.

Josh Berwanger was one of the main singers and songwriters in The Anniversary. The band formed in 1999 and released two albums on Vagrant Records. They toured with a variety of bands including Modest Mouse, Mars Volta, Guided By Voices, and Cheap Trick. Due to a number of unfortunate circumstances, The Anniversary broke up prematurely in 2003.

In 2017, The Anniversary embarked on a successful reunion tour. Berwanger explained, “It never felt right, the way we broke up. One day we were on tour, the next day none of us were talking to each other. So it felt good to put some closure to something we worked so hard at.” After the reunion tour, Berwanger started another band that some called a “super-group”, forming Radar State with Matt Pryor and Jim Suptic of the Get Up Kids. The band released the album Strays and toured the U.S.

So when did Berwanger find time to record his fourth full-length studio album, Watching A Garden Die? “I’m constantly writing. I try to write a song or part of a song every day. It’s not always good, but it’s not about it being good or bad. It’s about pushing yourself to create each day.” WAGD has a different tone than his previous albums. While songs like “Bad Vibrations” and “Friday Night” make you want to hit the dance floor, the rest of the album has a more heartfelt and moodier tone. “It’s definitely one of the most, if not the most, personal albums I have written. There were a few times I didn’t even want to release it. But if some of the subject matter can reach another person and help them deal with something they’re going through, that’s what music and art is for.”