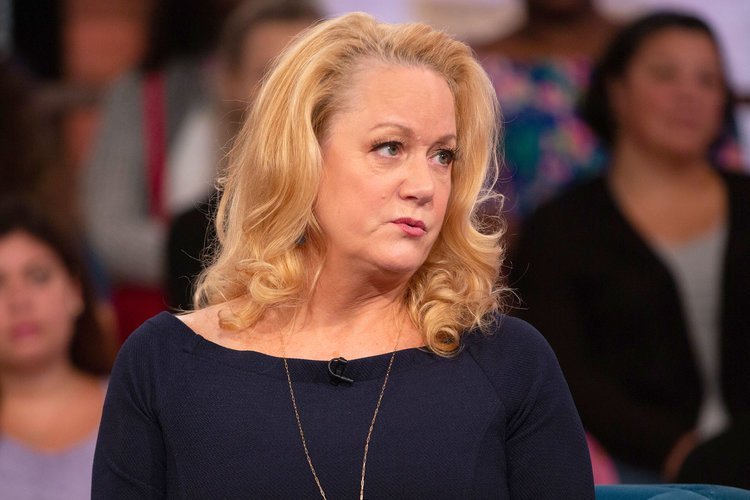 More than anyone, Barbara Bouchey continues to fight for the notion that Nxivm had a lot of good in it and that she had good reason to be enamored with Keith Alan Raniere.

It is a curious tale she tells.

Bouchey said she discovered – about eight months into their relationship – that Raniere was having sex with three other women. She had thought they were a monogamous couple.  Bouchey nevertheless remained with him, still considering him her boyfriend, despite his other women.

When she later learned he had about 20 other women, she seriously considered breaking off with him and ultimately chose to leave him and his self-help company, Nxivm, in 2009.

Critics of Bouchey say Keith was never her boyfriend. If she knew about three other women, she was just one of his harem. Perhaps his top harem woman, but certainly not his girlfriend [not as most understand the word “girlfriend.”].

The prosecution in the Raniere trial named Bouchey as one of about 20 members of his mostly female inner circle. For the record, and I can’t make this too explicit –at no time during the trial has any suggestion been made that Bouchey was involved in any of his alleged criminal activities. Several of his inner circle women were indicted and others named as co-conspirators. Bouchey was not even remotely connected to criminal activities and seems to have been in the dark about much of it – as she was evidently in the dark about the existence and identity of a number of her sister harem members.

Barbara has explained in the past how her “boyfriend,” Keith, swindled her out of her life savings – about $1.6 million. But this did not deter her from staying at his side.

With knowledge that he was having sex with three other women and his stripping her of her life savings – all within about a year of meeting him – some might wonder why she did not leave him right away.

In a recent story, appearing in Oxygen, entitled, ‘I Fell In Love With The Guy:’ Former NXIVM Member Opens Up About Keith Raniere, Bouchey explains that it was love that kept her enthralled.

As Oxygen reports, Bouchey gave a talk before an audience at CrimeCon 2019 in New Orleans [held last weekend].  She explained to the audience that she has been attending the Raniere trial and what she learned “horrified” her.

“I have moments where I want to barf, moments I can’t speak,” she said. ” I’m crying myself a river in the back aisle of the courtroom. I’m hearing things I can’t even comprehend, and my mind is racing so fast to try and understand what happened during my time there and why.”

Bouchey’s name came up from time to time at trial, including when her nude photos – Raniere loved to take nudes of his harem women – were shown to the jury, alongside about a dozen other women of his harem, including one whose photographs were taken when she was a child of 15.

Bouchey explained to the Crime Con audience how someone like herself — who Oxygen calls “strong-willed, intelligent, and a self-made millionaire by age 40” — could be drawn into the world of Raniere.

Oxygen writes, “When Bouchey first got involved with the group in the early 2000s, Raniere was known as a brilliant and successful businessman. He did not have an overpowering presence, Bouchey said. He was quiet and unassuming. But she was taken by Raniere’s self-help curriculum, finding it ‘profound and life-changing.’”

Bouchey waxed poetic before her audience on Raniere’s powerful mind.

She said, “His mind created the [Nxivm] curriculum and, because it’s so powerful, you start to think differently of him. I began to admire and respect what he created, the overall philosophy of wanting to better yourself, be a more peaceful, loving and compassionate person. As a woman, that becomes very interesting and intriguing.”

Bouchey told Oxygen that Raniere is “an incredibly powerful speaker. He’s very charismatic. He’s funny. He has great wit. He’s an intelligent man, so he can converse on a lot of subjects. He’s a great listener. He’s a calm and composed person. He always speaks very respectfully.”

Speaking of being a good speaker, during the last day of evidence in his trial, the prosecution played recordings of Raniere speaking about women who were raped having their first orgasm and why adults having sex with children is not abuse – unless the law punishes the adult, causing trauma to the child.

“You have to understand, I fell in love with the guy,” Bouchey told the CrimeCon audience. “I didn’t know he was the devil.”

In saying this, Bouchey might appear to some as the ultimate befuddled woman.  She thought he was monogamous. She found out she was one of four. She stayed for seven more years, then found out he had 20 other women – then she left.

She thought he was the smartest man in the world. He invested her life savings in the commodities market and lost it all. But she stayed another seven years with him. Even when he lost $68 million of her clients’, Clare and Sara Bronfman’s money, she believed this was a subordinate evil compared to the good that was coming from the teachings of this intelligent, charismatic, funny, witty, artistic man.

“He would play the piano and bring tears to your eyes,” she said. “He slept in my bed. I made breakfast for him in the morning. I sat on the couch with him and watched Star Trek. But don’t let that fool you.”

It fooled her, of course. But she does not want him to fool you. But what does this mean? Why all this soul-baring by Bouchey to random audiences?   What message is she trying to convey?

If she was so strong and intelligent – then how can the average woman hope to protect herself from a brilliant, charming devil?

Maybe the average woman would have left after he told her he was monogamous – and she then found out he had three other women.  Maybe that would have been the point to say, “I’ve been fooled.”

Maybe when he said he had a surefire investment and then lost her life savings – maybe the average gal would have said, “I’m done.”

He slept in her bed – a couple of times per week – coming in smelling of other women and they watched Star Trek together.  But when he started doing the same kind of reckless commodities trading with her clients’ money – and lost it all – an astonishing $68 million – maybe then she should have stopped being fooled.

Bouchey gives a mixed message about the monster. Perhaps she is trying to justify the time she spent in Nxivm – and justify that she was fooled – by trying to extol the virtues of his personality and the value of his teachings – which were, in reality, so abysmal that I know of no one who stayed for any length of time who became more successful. I know a lot of people who lost money and devolved into a confused state where they were easily fooled and often befuddled.

Bouchey herself lost a lot of money and never returned to making the kind of income she made before she started taking the courses and was a self-made millionaire.

Maybe the reality is is that Bouchey was utterly fooled, like many other women, by Raniere and no amount of trying to justify how good he was – or how good the teachings are – will efface the fact that she was fooled and perhaps should not have been fooled or that there is nothing but rot and evil in all the devil’s work. 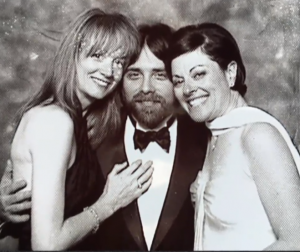 Click here to post a comment
Shadow: Allison Mack Testifying for the Feds Was Never in the Cards
Judicial Watch: Obama State At Center of Anti-Trump Coup Cabal