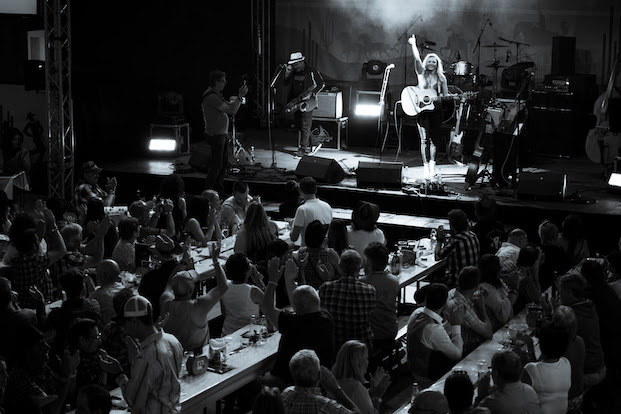 Singer/songwriter Karen Waldrup has spent the last few years building a worldwide audience through her charismatic online video content. Last week, she traveled to Europe to connect with some of her international fans in person. The viral sensation, who’s had over 250 million online views, played sold-out debut shows in London, England, Schaan, Liechtenstein and Stockholm, Sweden. The shows drew fans from all over Europe including Scotland, France, Denmark, Norway, Germany, Estonia, Austria and Ireland. Her pre-show VIP experiences were also at capacity.

“I’m continuously blown away by the opportunities music gives me” says Waldrup. “I have been interacting with my UK and Europe fans for years and it was so amazing to be able to connect in person. The essence of humanity is connection and I’m so thankful that music really elevates our connections.”

In celebration of the success of Waldrup’s cover of “I Hope You Dance” and the opportunities it’s afforded her, Waldrup recorded a version of her rendition last week in Liechtenstein.  In the video, she expressed her gratitude to the power of that song which allows her to travel the world playing music. It was released as this week’s “Waldrup Wednesday” on Country Rebel.

While in Europe, Waldrup also shot a music video in the Swiss Alps of Interlocken, Switzerland for “Colorado Kiss,” the sultry heartbreak ballad off her album Justified. Stay tuned for release date.

Waldrup has spent the last few years touring the world performing thousands of shows everywhere from Long Beach, CA to Dublin, Ireland and is now a true viral sensation with her social media videos gaining mass appeal and more than 250 million views. Waldrup is the subject of “Waldrup Wednesdays,” the hugely popular weekly video series on Country Rebel’s Facebook page.

Waldrup is a 2018 / 2019 Weather Guard Nation Brand Ambassador as well as a brand partner with BingeNetworks, Epiphone Guitars, FabFitFun, MAC Makeup and many others.