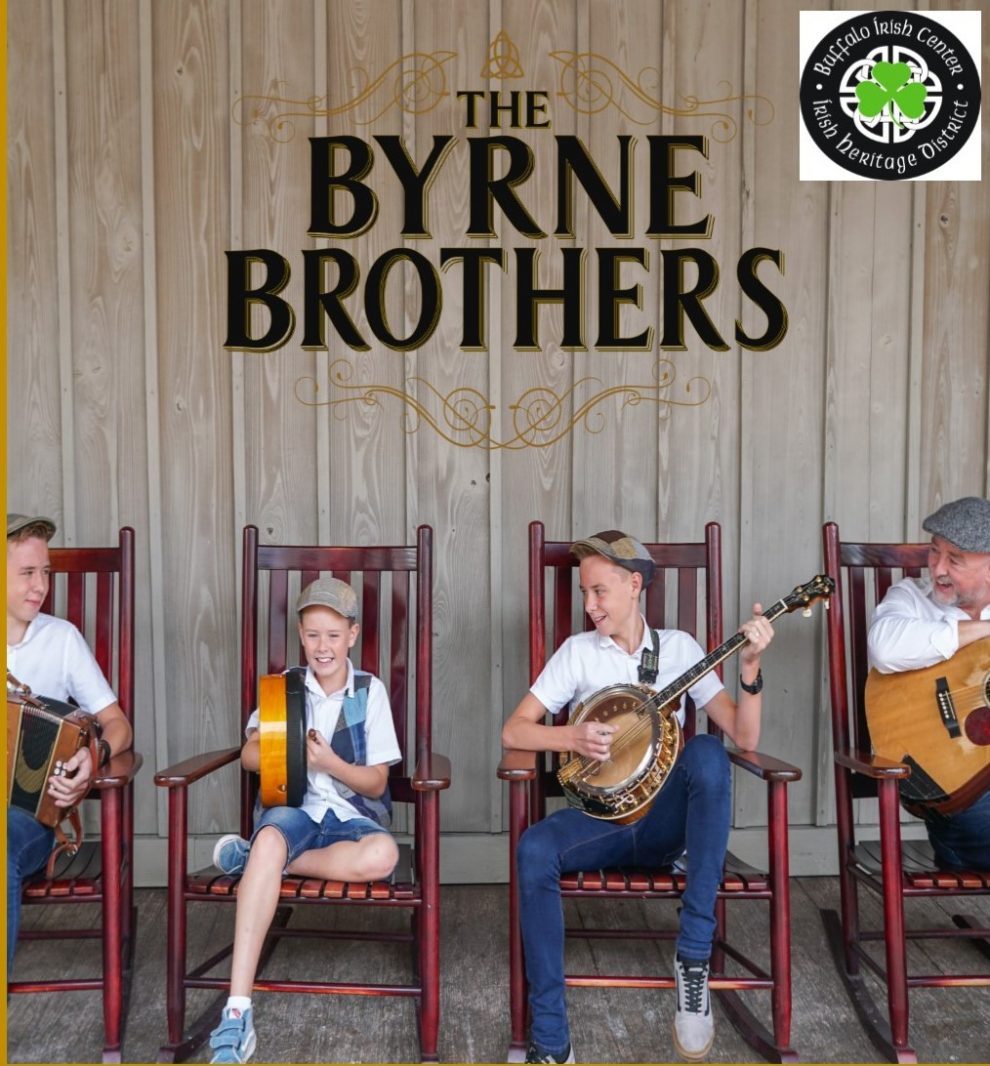 The Byrne Brothers are a family band from Dublin who moved to Donegal for a few years and now live in Orlando Florida.?They are all County Champions of their Traditional Irish Instruments, Duo and Trio Champions and Ulster Champion Irish Dancers. Their Dad Tommy backs them on Guitar and also plays Uilleann Pipes, Fiddle Whistles and Bagpipes.

In 2016 a video of them playing on the street at the Fleadh went viral with 3.4 million views. They performed at Americas most famous Irish Pub. Raglan Road Irish Pub and Restaurant, Disney Springs.?

While at home in 2017 the Byrne Brothers had another 3 viral videos. 2 on the streets of Galway 1.4 Million and 15 Million views and another from Oliver St. John Gogarty’s Irish Pub the night before they left Ireland, currently with 4.1 million views. .?

Sept 2018 they performed at Raglan Road Irish Hooley Festival &were flown home to Ireland to perform at The Ireland’s biggest VIP Wedding of the year in Adare Manor.  ?

The Byrne Brothers have over 24 million views on Facebook, over 43,000 followers on Facebook and their videos have been shared over 700,000 times.

“Our plan is to Travel the World with our Music and Dancing and hopefully inspire other kids… oh and to Surf the best waves” said the Brothers.