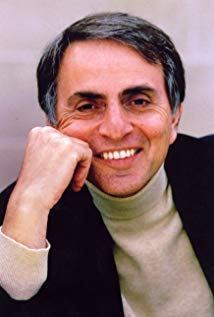 Strange and even somewhat dangerous concoctions or treatments seem to have a certain place in high control groups or cults, where pseudo-science is rife. {the Ramtha cult seems to have suggested that followers drink a concoction of poisonous lye with Dead Sea water].

It’s also the sort of weird half-baked thing that comes out of the imaginative processes of the mind that actually produce what passes for “channeling” or “past lives.”

Here’s what a renowned scholar has to say about J. Z. Knight and Ramtha in general, taken from the book The Demon-Haunted World: Science as a Candle in the Dark –

The Fine Art of Baloney Detection by Carl Sagan

“J.Z. Knight of the State of Washington claims to be in touch with a 35,000-year-old somebody called “Ramtha.”

“He speaks English very well, using Knight’s tongue, lips and vocal chords, producing what sounds to me to be an accent from the Indian Raj. Since most people know how to talk, and many — from children to professional actors — have a repertoire of voices at their command, the simplest hypothesis is that Ms. Knight makes “Ramtha” speak all by herself, and that she has no contact with disembodied entities from the Pleistocene Ice Age.

“If there’s evidence to the contrary, I’d love to hear it. It would be considerably more impressive if Ramtha could speak by himself, without the assistance of Ms. Knight’s mouth. Failing that, how might we test the claim? (The actress Shirley MacLaine attests that Ramtha was her brother in Atlantis, but that’s another story.)

“Suppose Ramtha were available for questioning. Could we verify whether he is who he says he is? How does he know that he lived 35,000 years ago, even approximately? What calendar does he employ? Who is keeping track of the intervening millennia? Thirty-five thousand plus or minus what? What were things like 35,000 years ago? Either Ramtha really is 35,000 years old, in which case we discover something about that period, or he’s a phony and he’ll (or rather she’ll) slip up.

“Where did Ramtha live? (I know he speaks English with an Indian accent, but where 35,000 years ago did they do that?) What was the climate? What did Ramtha eat? (Archaeologists know something about what people ate back then.) What were the indigenous languages, and social structure? Who else did Ramtha live with — wife, wives, children, grandchildren? What was the life cycle, the infant mortality rate, the life expectancy? Did they have birth control? What clothes did they wear? How were the clothes manufactured? What were the most dangerous predators? Hunting and fishing implements and strategies? Weapons? Endemic sexism? Xenophobia and ethnocentrism? And if Ramtha came from the “high civilization” of Atlantis, where are the linguistic, technological, historical and other details? What was their writing like? Tell us. Instead, all we are offered are banal homilies….

“People pay attention to these puerile marvels mainly because they promise something like old-time religion, but especially life after death, even life eternal.”

Sagan’s point about Ramtha’s supposed age is an interesting one – and a good catch, by truly clever, inquiring and rigorous mind. One of the typical tricks of gurus and leaders is to project an aura of false authority by asserting things with certainty, specificity and detail that sound scholarly or scientific, when they’re just pulled from nowhere. We assume that everyone knows their age (though even in primitive cultures that is not necessarily true), and so Knight’s credulous followers are unlikely to think to stop and question what point of reference Ramtha would have for calculating that.